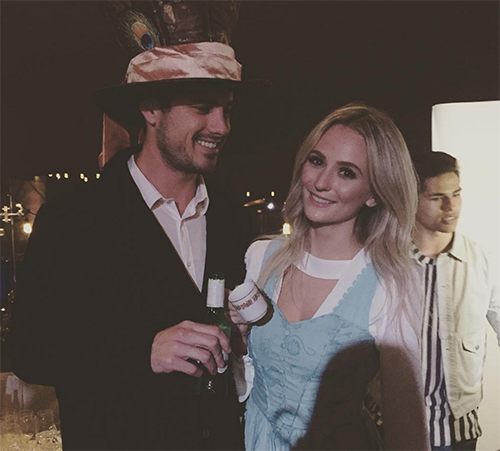 Ben Higgins as a politician? Rather than using his stint as ABC’s The Bachelor to score him invites to D-List parties or spots on the cast of random reality TV shows, the Season 20 star has decided to use the platform to launch a political career.

Since asking Bachelor winner Lauren Bushnell to marry him, Ben and his fiancée moved back to his home state of Colorado. And, according to Ben’s local newspaper, ‘The Colorado Independent,’ Higgins is considering running for the Colorado House of Representatives. Apparently, the current rep for Ben’s district had a brush with local authorities and some DUI drama and he is planning on stepping down.

According to the newspaper, Bachelor Ben Higgins has already set up a website to feel out his following before he officially begins campaigning. The website, appropriately called “Ben Higgins For Colorado,” reads “Thank you for your support as Ben explores his opportunities to make a positive impact on his local community!”

Ben Higgins was virtually a saint during his time as The Bachelor, except for that whole “oh I am in love with two girls” thing. But, it all turned out fine and dandy in the end. Jojo Fletcher wasn’t too upset about being totally played when she was given the Bachelorette gig.

Being a software consultant and having no legal background, Ben Higgins isn’t exactly groomed for politics. But, he does have his town’s support behind him and a huge fan base thanks to reality TV. Hey, if Arnold Schwarzenegger can be a Governor and Donald Trump can run for President, we don’t see any reason why The Bachelor can’t be a member of the Colorado House Of Representatives.

So Bachelor fans, what do you think of Ben Higgins’ possible politics endeavor? Will his reality TV fame help him win the election? Share your thoughts in the comments below!