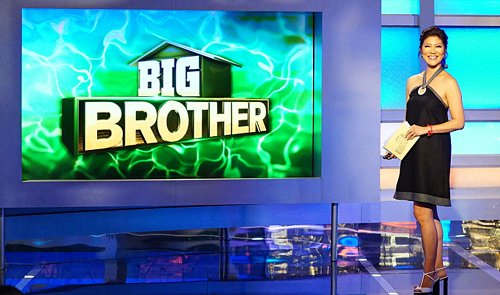 Big Brother 18 spoilers tease that we’re not even at the jury stage of BB18 yet and already there’s talk of BB19 – but what’s stunning is the rumor that it will air this Fall right on top of the Big Brother 18 summer finale.

According to Reality Blurred, CBS is casting now for Big Brother 19 for a slated BB19 premiere in mid to late September. Adam Cook Casting put out a notice on Twitter on July 25 that “CBS is on the hunt for new houseguests.”

The casting notice asked “Do you think you have what it takes to win Big Brother?” and listed these desired attributes: 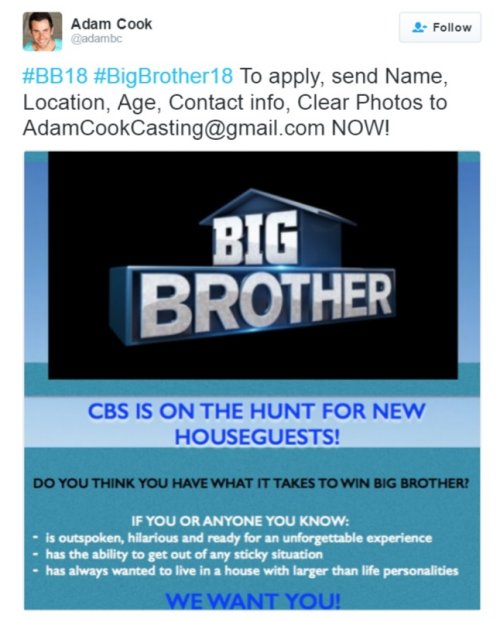 While Big Brother news is always welcome, this is a stunner and there has been speculation of where BB19 would air – whether it will run, as usual, on CBS during primetime hours or if it will be featured solely on CBS All-Access.

CBS has a jam-packed fall schedule already so BB19 may be intended for online streaming only. This seems out of the ordinary, but Star Trek: Discovery, CBS’ new live-action Star Trek reboot series, will show only its first episode on the primary CBS channel, then all subsequent episodes will air online.

Clearly, CBS has seen the writing on the wall with the success of Netflix and Amazon’s original online series and is ready to make its mark in this new arena. Could the Big Brother 19 season be part of their move to alternate viewing outlets through streaming services?

If the BB19 rumors pan out, this will be only the second time that US Big Brother has aired outside of its standard summer time slot. Big Brother 9 aired in February 2008 because of the writer’s strike and suffered the lowest ratings of any Big Brother season before or since. 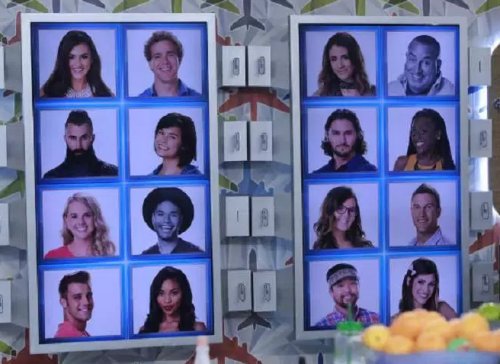 Will BB 19 suffer the same fate? Or will the boom of online-only viewers demanding more streaming content make it a hit for CBS? Since Big Brother fans are accustomed to checking out the show online with tons of fans subscribing to Live Feed content, this could work.

However, one of the charms of Big Brother is that it’s a summer-only show and is not in shoved into the public eye with two seasons per year. Will the Big Brother viewing audience turn up for a second season hot on the heels of BB18?

What do you think? We’ve seen tons of twists in BB18 and Big Brother 18 spoilers indicate we’re not done yet, but will the BB19 reveal be the biggest twist yet? Are you ready to watch BB19 right after the Big Brother 18 finale?

Share your comments below and check back with CDL for all the latest Big Brother 18 spoilers and live recaps of every BB18 episode all season long.