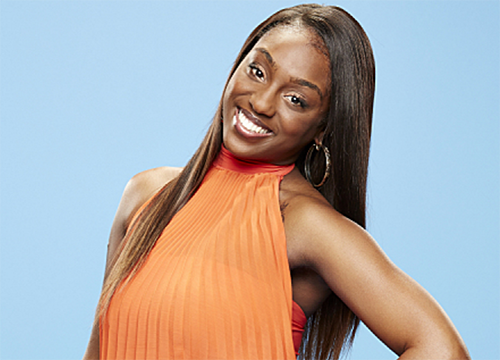 “Big Brother 18” spoilers tease this season will be one for the books. The newest tidbit revealed that Frank Edy (BB14), Nicole Franzel (BB16), Da’Vonne Rogers (BB17), and James Huling (BB17) will be entering the house as returning players. Vanessa Rousso’s sister, Tiffany, and Cody Calafiore’s (unnamed) brother will also join the game as two houseguests who possess a secret involving a BB twist.

It’s been speculated for some time that Vanessa would enter the house because it seemed as if she was “itching” to get back in the game. It looks like she was just excited that her sister was a finalist to earn a spot in the game. Let’s hope her sis is as good of a player she was, because if so, it will be an action-packed summer!

Frank Edy was a fantastic player. He was physically fit, he was funny, and he got along with others. Even when he had no one to turn to in the game, he still was able to survive several weeks along. His luck ran out, eventually, and he was sent a packing. Ever since his eviction, “Big Brother” fans have asked CBS to put him back in the house for another shot.

Nicole Franzel was loved by all. You couldn’t hate her if you tried. She was sweet, goofy, and tried her best in every competition she played. Zach Rance (BB16) called her a “fruit loop dingus” in a nomination ceremony, and it was a name that stuck with her. She wore it like a badge of honor and didn’t let it bother her. We aren’t sure if she has what it takes to win the game, but she will be entertaining to watch.

Da’Vonne Rogers was a LOVED player. Nicknamed Mama Day, the players all loved her. Following her eviction, everyone cried and missed her dearly. She was evicted so early in the game; no one really knows what type of game she had in her. She has spunk, personality, and is stubborn – she may have what it takes to take it to them end.

James Huling was dubbed the Asian Cowboy. He was liked by everyone in the house and proved himself to be a competitor, likeable, and a thinker. He made game moves that Vanessa was terrified to make, and try his best to make it to the end. Let’s hope he learned where he went wrong so he can take it all the way to the final two this season.

The returning players and the siblings to Cody and Vanessa will join the new players in a summer-long race to become the winner of “Big Brother 18.” Are you excited to see the players this season? Stick with CDL for more BB18 spoilers, news, and updates.