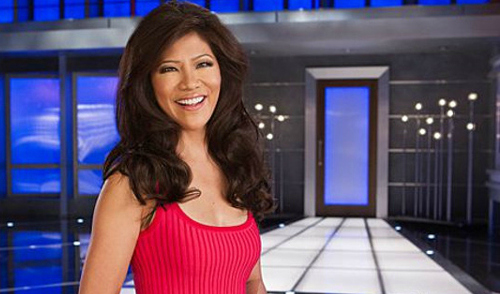 Big Brother 18 spoilers promise that although we’ve met 12 houseguests already in the BB18 house, the four additional houseguests will be revealed within hours. A promo that ran in Canada a few days ago revealed the silhouettes of the four mystery guests with question marks instead of identities.

The new houseguests for BB18 will be two men and two women, and all four are veteran players back to stir up action. What’s most likely is that these four will serve as coaches but, then again, Big Brother loves twists so the veterans could also be full-on players there to duke it out for the cash prize.

But BigBrotherNetwork revealed that Derrick and Ian confirmed that neither was returning to compete in Big Brother 18. Vanessa Rousso was tweeting about participating in a poker tournie after the BB18 houseguests entered the arena and Audrey Middleton has also been tweeting so she’s not there either.

Another list of four possible houseguests to enter are James Huling (BB17), Nicole Franzel (BB16), Da’Vonne Rogers (BB17) and Frank Eudy (BB14). This list, as far as we know, has yet to be fully debunked. This would be a fun list since all four of these players were quite popular – but that’s not the real deal either. 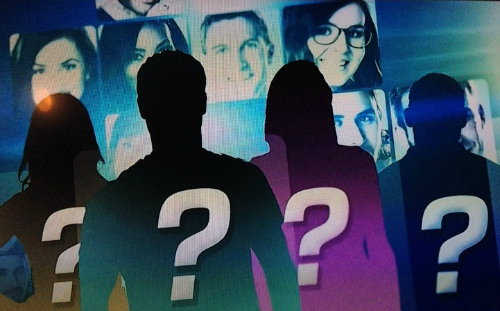 Grodner added, “At this point, 12 people will be moving in for sure. And if you know Big Brother, as I know you do, we haven’t had 12 people in the house since Season 2 or Season 1. So it’s been a long time… chances are there will be more people.”

That’s playing coy, since we know for sure four more players are coming in for two reasons. First, there’s the Canadian promo that flat-out said Cody Calafiore’s brother Paulie was playing as was Vanessa Rousso’s sister Tiffany.

Second, the Canadian promo showed the mystery guests (pic above) and said, “…plus who are the mystery guests?” Despite the debunked list and the other lists of four possibles still floating around, was the promo itself a hint at who the other houseguests are?

Nicole Franzel, Frankie Grande, Shelli Poole, Jocasta Odom, Austin Matelson, Johnny Mac, Da’Vonne Rogers all got individual air time in the promo. That’s seven people, but not all of them are return-worthy.

Jocasta is actively tweeting, as is Frankie. Shelli Poole is making an appearance at a BB18 premiere party. Austin has wrestling appearances scheduled within the 99-day BB18 window. Johnny Mac is also chatting up BB18 and active on social media.

Nicole and Da’Vonne, though, are not knocked out of it by any social media teases so they may already be in the house. However, one of the two guys on the list with Nicole and Da’Vonne looks to be a non-starter.

Fan fave James Huling is hosting a BB18 premiere party. However, Frank Eudy has been radio silent on Twitter since June 5th. So perhaps Frank is still a good candidate along with Da’Vonne and Nicole.

When it comes to the mystery houseguests, Big Brother 18 spoilers reveal that we will find out on the June 22 premiere – at least CBS will not leave us hanging on that matter. And that means it’s likely that the four veterans went into the house not too long after the 12 others on June 15.

What do you think Big Brother fans? Are you stoked for the BB18 premiere that’s just a few hours away? Share your comments below on who you hope the returning houseguests are and come back to CDL on Wednesday, June 22 for our LIVE recap of the Big Brother 18 season premiere.