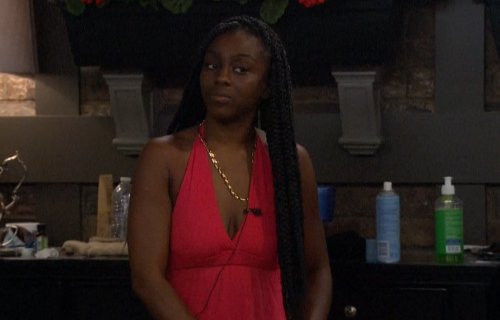 Recent Big Brother 18 spoilers from the Live Feeds reveal that the houseguests boozed up last night at the Halfway Party that kicked off a little before 6:30 pm BB18 time. Live Feed watchers got to stare at nearly three hours of fish and when the feeds came back, things got interesting.

Both Paul and Zakiyah admitted to being tipsy, but it looks like more than just Z and P had been tippling. Michelle, Zakiyah and Natalie staged a takeover of the HoH room to talk about how the girls were going to run the game but then talk turned back to guys and silly stuff.j

Within a couple of hours, the after-effects of drinking seemed to work some showmance magic. Nicole and Corey started actively making out despite the cameras while Zakiyah went crazy and climbed on Paulie right beside Paul who snuggled with Victor mocking them. Victor then spooned Corey for fun. 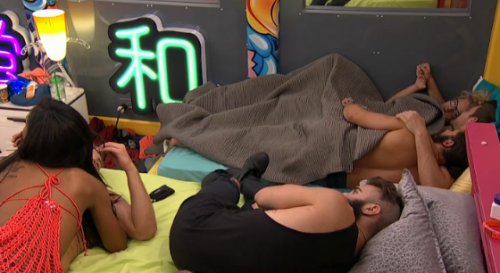 Da’Vonne chatted with James, Natalie and Michelle as she packed her stuff in case of eviction – which pretty much seems like a done deal despite that she’s still being told she’s totally safe. Day also made a visit to the Tokyo Room and warned Zakiyah that her booty was hanging out on national TV (it was!).

Day also talked to James about how the 8-Pack Alliance could have taken them the whole way. It probably could have but Da’Vonne ripped it to shreds when she decided to target Frank. Michelle also remains in the dark and thinks Bridgette is going home, not Day.

Michelle and Zakiyah may be the sole votes against Bridgette in the Week 6 LIVE eviction unless someone clues her in and she decides to vote with the house, but that doesn’t seem too likely since her alliances are not clear and factions are cropping up in the house. 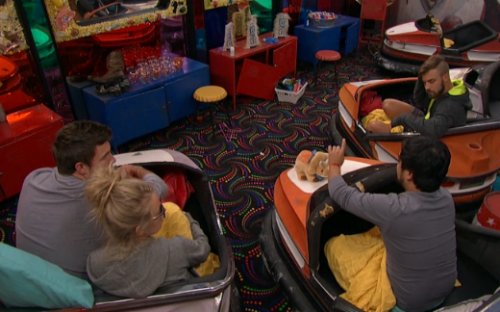 Many in the house talked before and after the Halfway party about the Week 7 HoH coming after the LIVE eviction. It’s pretty telling that no one is talking about the vote because it seems to be a fait accompli that Day is going and plans are afoot for Week 7 already.

James is planning on throwing the HoH comp to avoid more blood on his hands and advised Natalie to throw it too but she wants badly to win and put up two guys. James also tells Nicole and Corey all about Day’s plan to break up showmances – that should kill any second thoughts they’re having.

It doesn’t seem like Michelle will be playing hard since she cried to Paulie earlier and says she just wants to go home. Victor, Paulie, Corey and Paul are all planning to play hard for the HoH since they suspect a double eviction however if Bridgette is close to a win, they may throw it to her. 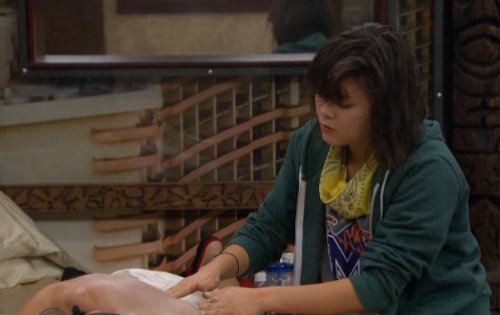 Eviction due in hours – could it be a double eviction?

It looks pretty certain that Da’Vonne will leave on a 6-2 vote at best but it could be 7 or 8 against her if Michelle or Zakiyah are clued in before the vote because they’d vote with the house most likely. No one has their eye on Bridgette except Day so it will be a shocker if Bridgette is evicted.

The talk has also centered a lot on a double eviction and houseguests are worried it’s coming tonight. Big Brother 18 spoilers indicate that it’s not coming this week, but CBS might surprise BB18 viewers. There’s also the chance that Da’Vonne has the Round Trip ticket and could re-enter the house tonight.

What do you think BB18 fans? Do you want to see Da’Vonne evicted? Do you have fingers crossed she’s got the Round Trip ticket? Who do you want to see as the Week 7 HoH? Share your comments below!

Be sure to check back with CDL often for all the latest Big Brother 18 spoilers plus a LIVE recap of tonight’s Week 6 LIVE eviction.