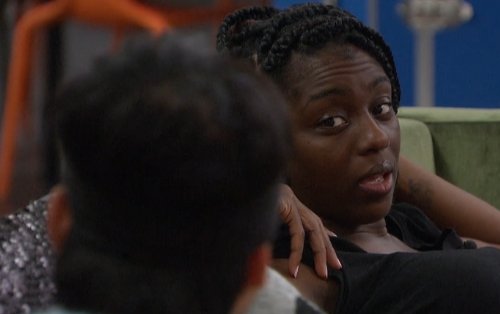 Big Brother 18 spoilers from the Live Feeds reveal that Da’Vonne may be shooting herself in the foot with an anti-showmance talk to James. While Tiffany seemed a lock for the BB18 Week 4 eviction, now Day is ruining her own game and the house may have flipped on her.

Here’s a look at some recent highlights from BB18 live feeds related to the upcoming live eviction.

As of now, there are three showmances in the Big Brother 18 house – Nicole and Corey, Natalie and James, plus Zakiyah and Paulie. Of the three, Nicole and Corey are heating up a lot including some “under the covers” action captured by the night vision BB18 house cams. 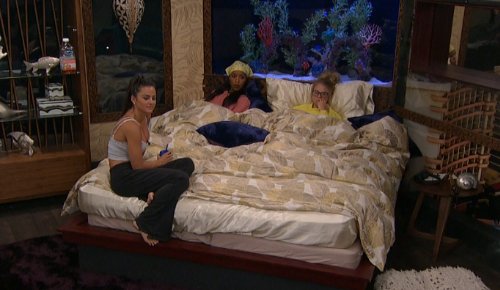 Da’Vonne has had her eye on the showmances for a while particularly because she’s got a girls’ alliance with Zakiyah and Nicole yet both are increasingly attached to their dudes. But what was Da’Vonne thinking when she decided to air her grievances against showmances with James?

Granted James and Natalie are hot and cold, but he clearly digs the girl and he and Natalie are at least flirtmancing in the BB18 house. After Nicole and Zakiyah were chatting about their boys then left the room, Da’Vonne whispered to James that they have to target the showmances.

Big Brother 18 spoilers from the Live Feeds then show James reminding her that he’s in a showmance too. Yet Day doesn’t see the red flags waving and keeps on talking. She tells him that’s it not his showmance that’s the issue but Paulie-Zakiyah and Corey-Nicole. 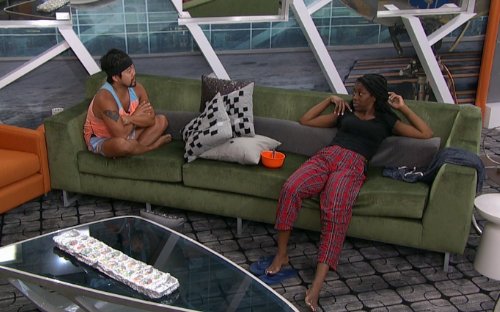 Da’Vonne spills the dirt to James that there are true love declarations flying around which means those are final two deals that will be unbreakable. James chats with Da’Vonne but doesn’t like what he heard and the Live Feeds show that he runs to Paulie to spill on Day.

James tells Paulie that Da’Vonne is targeting him and Zakiyah plus Nicole and Corey because they’re in a showmance. The talk then pivots to whether Da’Vonne or Tiffany should be evicted in the Week 4 vote. Paulie is up in the air which is surprising to James and gives him hope.

We covered it here recently that BB18 may see another blindside in Week 4. With eight votes available for the Week 4 eviction tally, Tiffany needs five to go against Da’Vonne if she’s to stay in the house for another week. 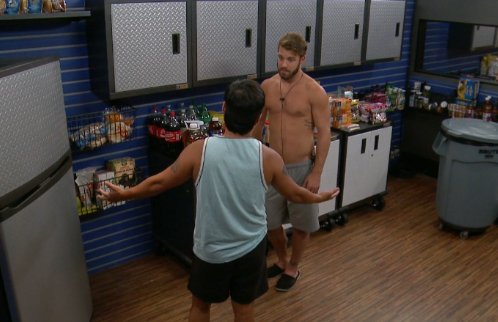 It seems that Frank and Bridgette are solid to vote to evict Da’Vonne. That means three more votes are needed. Nicole and Corey already know Da’Vonne is after then and they seem good to go to vote against Day as well. That’s four.

The fifth vote seems like a lock if James’ opinion remains unchanged after Da’Vonne’s anti-showmance rant. However, now there’s a chance that Paulie and Zakiyah could also vote to oust Day and then target Tiffany or Frank in the next week depending on who is eligible to be nommed based on HoH results.

The only person at this point who can vote and seems to be a lock against Tiffany is Paul. Michelle is waffling but tends to follow the house – plus the alliances are all splintered – Michelle should go where the wind blows, but will vote to thwart Frank if she can. 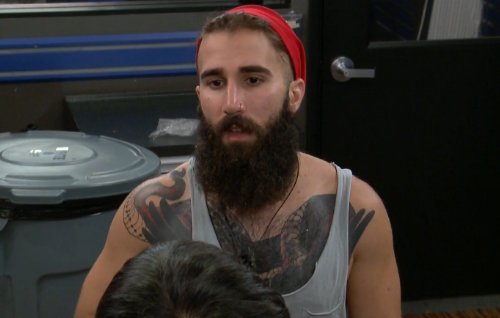 Based on the temperature in the house revealed from Big Brother 18 spoilers from Live Feeds, it looks like, as of now, it’s 6-2 Da’Vonne-Tiffany with Michelle and Paul voting against Tiff. However, there’s a chance this could turn into a landslide against Day and she could be utterly blindsided.

Then again, if Tiffany goes on one of her epic crying jags and alienates those who are currently a bit sympathetic to her cause, the entire house could flip. What do you think BB18 fans? Who do you hope is sent packing – Tiffany or Da’Vonne?

Share your comments below and be sure to check back with CDL often for the latest Big Brother 18 spoilers plus LIVE recaps of all the BB18 episodes.