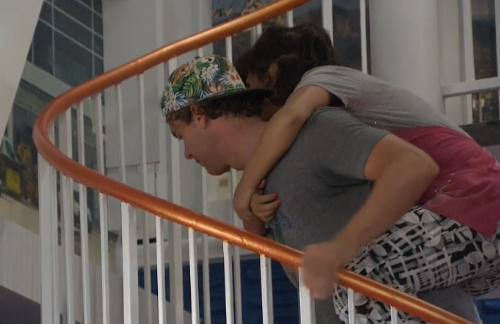 Recent Big Brother 18 spoilers from the Live Feeds reveal that after the Roadkill nomination of Bronte by Frank and Power of Veto won by Bridgette, the debate has begun among the veteran alliance about whether to go along with Frank’s agenda or make a move that will antagonize him.

With Frank influencing Bridgette, she didn’t use her PoV and left the noms the same and that means Paul, Tiffany and Bronte remain on the block with Frank taking aim at Tiffany for eviction with no clue that there are forces he’s unaware of working against him. 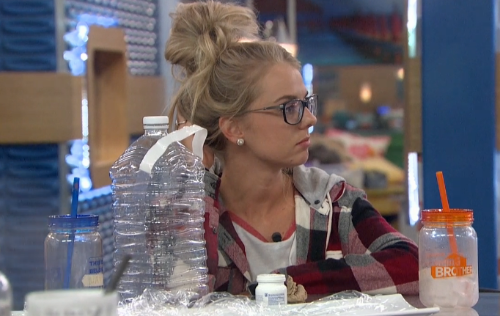 There are nine votes up for grabs this week and everyone was doing the math on Sunday night. Nicole floated the idea to Corey of ousting Bronte and knows they need five votes to make it happen. Corey seemed hesitant to vote out Bronte as did Zakiyah when Nicole talked to her.

Nicole may not get as far with this as she thinks, but you never know. The problem is, Bronte and Natalie are pals and James is working hard at a showmance with Natalie and will not want to alienate her since they are getting along great – or at least they were until Natalie flirted with Corey. 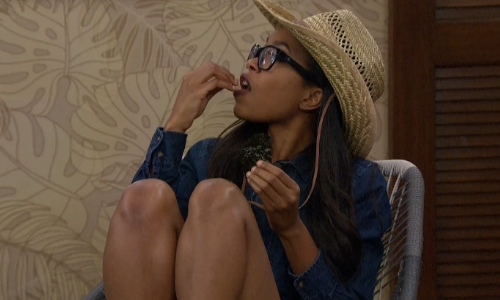 Of particular interest on recent LIVE feeds was discussion about BB18 casting when the subject of Jozea came up and Paulie said that the “Messiah” wouldn’t follow rules and kept talking on the car ride over to the studio when the newbies were supposed to be silent.

Upstairs in the HoH room, Bridgette found a screen that lets the HoH monitor various cameras in the BB18 house. Big Brother 18 spoilers reveal that Da’Vonne and Frank are scheming against one another, each planning to take the other out via a backdoor move. 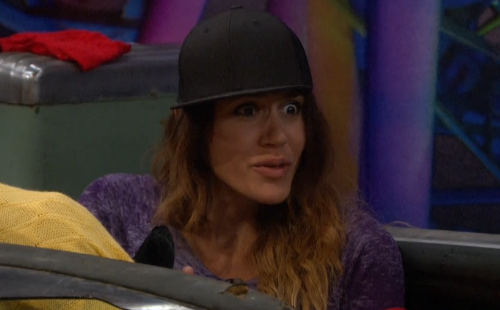 Paulie and James discussed some trickery to try and find out who Frank is targeting. Paulie suggested to James that he bring up targeting two of the other guys – himself and Corey – to see if Frank agrees they would be good targets so they can tell his strategy.

Frank tells people he’s going to do a harsh video message to Tiffany. That’s fun since the HGs still don’t know that there is the #BattleBack challenge and these video messages could be very important because it’s info for the returning houseguest. 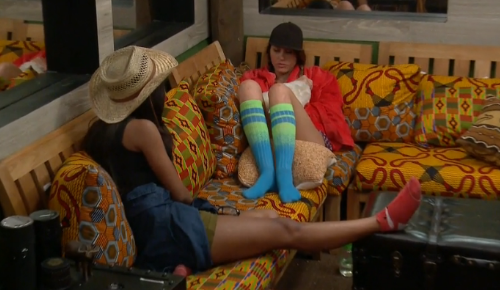 Nicole is finally happy to have pulled off a prank successfully – although it took some help – but doing so sent her into a laughing fit so hard that she wet her pants and had to go take a shower. If she was hoping to keep impressing Corey, that’s a strike against her.

Paul is still trying to save himself and alerts Frank that Tiffany feels confident that she’ll stay. Will that let Frank know that all is not as he thinks? As of now, though, it looks like Tiffany should be voted out, but this may be a split vote depending on hard Nicole pushes to take out Bronte. 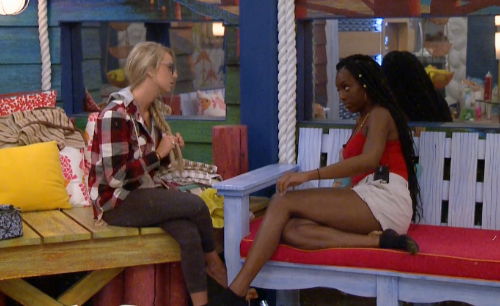 Also this weekend, Bridgette came out of the PoV comp with a sprained ankle. Frank has been carrying her around which is ironic since he’s figuratively and literally carrying her through the game. Big Brother 18 spoilers tease that the Week 3 eviction may be the closest vote yet in the BB18 season.

Share your comments below and be sure to check back with CDL for the latest BB18 news plus LIVE recaps of every Big Brother 18 episode.