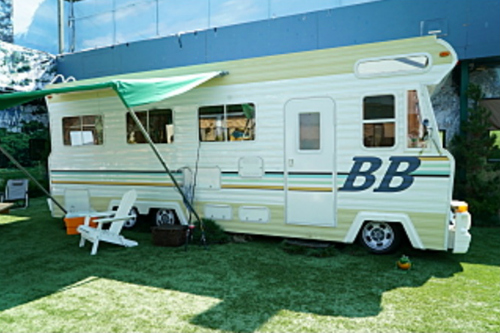 Big Brother 18 spoilers have revealed the new competition, named Roadkill, took place for the first time and veteran houseguest Frank won the comp. This comp comes with special powers and will take place weekly between the Head of Household (HoH) and Power of Veto (PoV) comps.

BB18 has plopped down an RV in the backyard and the Roadkill comp will be played inside, on an individual basis, with the results being kept totally secret. It also looks like the comp will alter week to week, but we know what the first one looks like.

Played in secret in a sketchy RV in the backyard!

The houseguests will be sent into the RV and will have to wear tube socks and a track suit over a t-shirt with their bathing suit underneath. The challenge is to keep three buttons depressed while stripping down to the bathing suit.

From CBS Big Brother 18 spoilers photos, it looks like one button is on a steering wheel in front of the houseguest, one on a shifter to their right and the third on the floor judging by where houseguests legs and limbs were positioned in the photos and the two buttons visible.

The competition is based on fastest time and if a houseguest can’t hold down a button, their time racks up. The houseguests start with their right foot and both hands on the three buttons but, from there, any body part can be used to hold the buttons down. 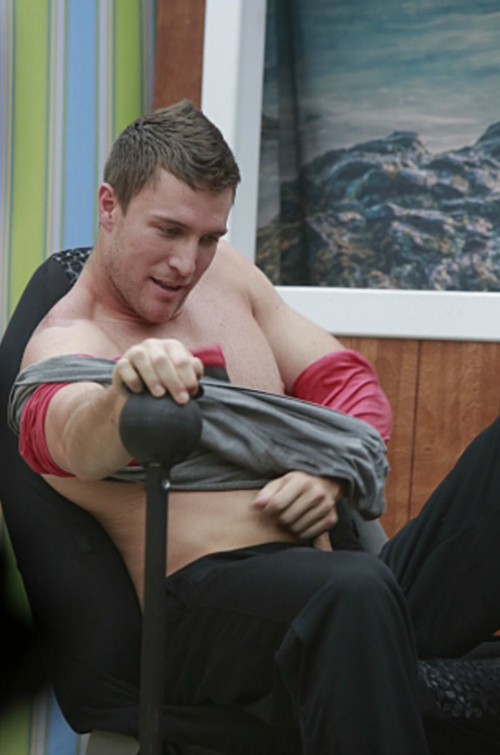 What do you win if you’re the Roadkill victor?

After the comp, houseguests will be called into the diary room and told if they won or lost the challenge – lots of losers, only one winner. Only the winner will know they won – and the winner gets a very big gameplay power.

There are already two people on the chopping block at this point of the week’s gameplay. The winner of Roadkill gets to add a third nominee to the chopping block. That means three potential evictees will play in the PoV competition, plus other players.

Once the winner is told they won, they have to nominate a third person on the spot – that means no chance to strategize with their alliance. Unless the Roadkill winner announces themselves – or everyone else announces they lost so it can be figured out by process of elimination – it’s anonymous. 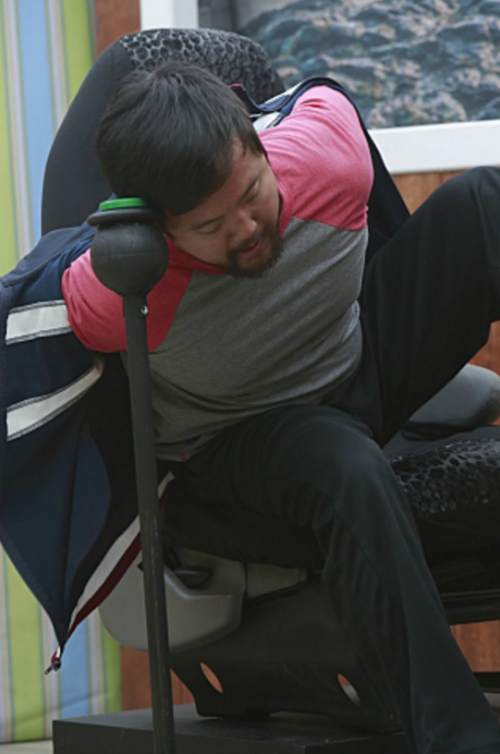 How will the new comp change the game?

This is a great opportunity to backstab without getting noticeable blood on your hands if you’re clever and play it smart. Big Brother 18 spoilers reveal that Frank Eudy was the winner of the first Roadkill and the houseguest sent to the third seat on the chopping block was newbie Paul Abrahamian.

The first round of Roadkill was a shocker since it was play, winner discovery, nomination. But next time, alliances can scheme about who the third nom should be if any of them win. But this first Roadkill left Frank with no chance to prepare. But he nominated Paul while in the Diary Room.

What do you think BB18 fans? Many fans weren’t happy when Big Brother 18 spoilers revealed the demise of Battle of the Block (BOTB) but this new comp sounds kind of amazing and this could be the twist that most changes gameplay this season.

The newbies didn’t know, but should have suspected that a BB18 veteran houseguest was the one to add a third newbie to the chopping block. However, other BB18 spoilers tease that Frank may have revealed himself that he won and made the nom. We’ll see on Sunday night.

What do you think about the new comp? Share your thoughts in the comments below and come back to CDL often for LIVE recaps and spoilers of Big Brother 18 all season long.