‘Big Brother 18’ Spoilers: Will Corey Turn on Nicole to Save His BB18 Game? Final 2 Prediction – James vs Nicole 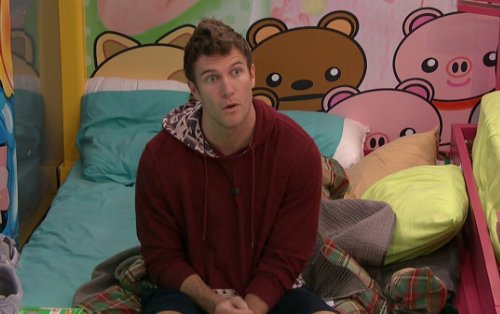 New Big Brother 18 spoilers from the Live Feeds reveal that Corey seems to be sacrificing his chance at the $500k BB18 prize. He’s got a few hours left to try and win this game, but will he?

James is Corey’s only hope, but will either man up and realize they should ally? With Paul sitting on both the HoH and PoV and Nicole and Corey on the Chopping Block, comp beast Corey will be sent packing. 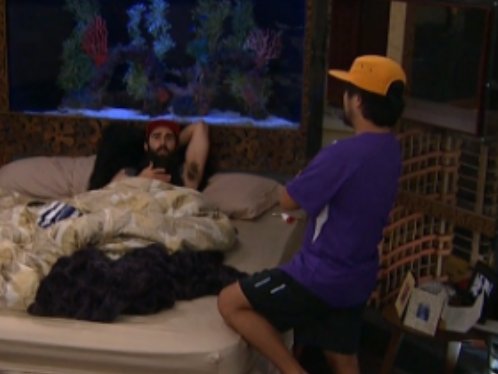 The only thing is, it’s not up to HoH Paul – James is the only one voting. So why would James roll over and do what Paul wants unless it’s best for him? With three comps to determine the final HoH, it’s anyone’s game.

Corey is a tough competitor but so is Nicole. Paul flat out told Corey last night on the Feeds that he wants him to go home because he doesn’t want to sit beside Corey at the end because no one hates the big guy. 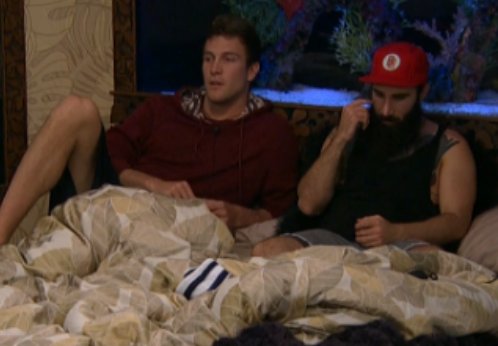 Will Corey talk to James?

Corey’s only shot to stay in the house is James. With Paul angling for a Final 2 deal with Nicole, wouldn’t it be smart for Corey to chat up James and discuss whether they could take Paul out and go to Final 2 themselves?

Paul is a great speechmaker and could work the jury to flip them over to him. Corey and Nicole discussed not campaigning against each other, but advocating for yourself doesn’t break that pledge, right? 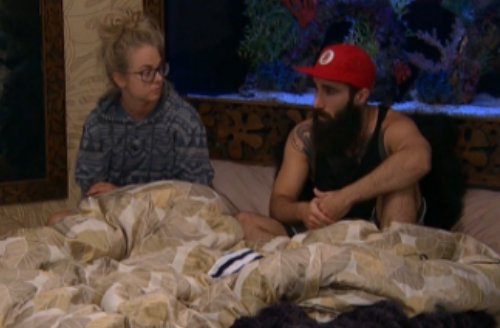 And what is up with Corey and his status with Nicole? He has repeatedly told the guys, when Nicole is not around, that he won’t leave the house in a relationship.

He hasn’t DTR’d with Nicole, but if he really is NOT planning on being with her after BB18, why lay down his game and take himself out of contention for the prize money?

Why would you roll over and play dead for a girl you were only rolling around with because you were bored in Big Brother and she watched your back? 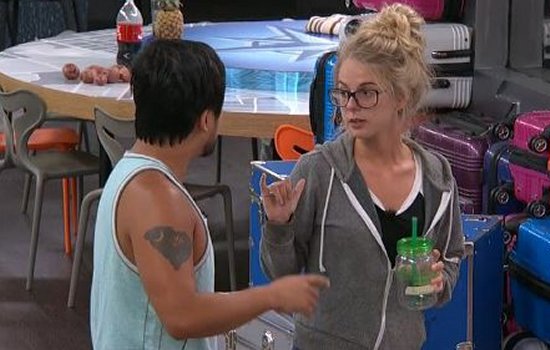 Are Nicole and James the secret ride or die?

Paul and Victor just discussed that their fatal flaw in this game has been trusting the wrong people, but Paul was up late last night doing it again. He talked to James to confirm plans for a Final 3 of them plus Nicole then he sent James out.

Once Nicole came in, Paul pledged to her that he would take her to the Final 2 and seems to honestly believe that she will take him. He’s crazy to think that. Paul is very observant and clever yet he keeps tripping up by trusting the wrong people.

Paul heard the guy from over the wall with the megaphone shouting that James and Nicole had a pregame Final 2 deal. Did he forget that? Even if the megaphone guy was a crackpot, that should have been food for thought. 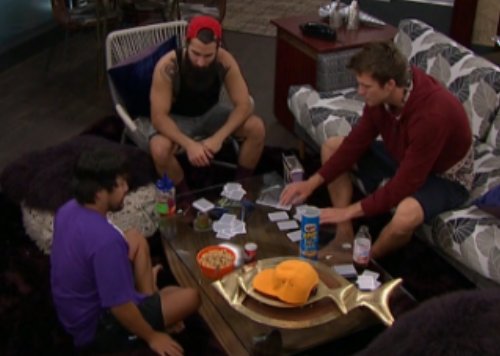 If Paul doesn’t win the final HoH so that he gets to choose his Final 2 partner, there seems to be slim hope that either James or Nicole would take him along for the ride yet he seems to NOT get that at all.

Then again, Corey wouldn’t take him to the end either, so Paul is in a no-win corner unless he’s the final HoH. Paul won’t win the endurance comp – that’s not his jam. That will be James or Nicole.

The smart choice for James and Nicole would be to let James take the endurance comp and Nicole to face Paul in the mental comp since James is crap at those.

If they can set it up for James and Nicole to win comp one and two, the third comp won’t matter if James and Nicole stick to the F2 since either of them will vote to evict Paul and the two vets can sit side by side at the end.

It seems a slim chance that Paul will make Final 2. 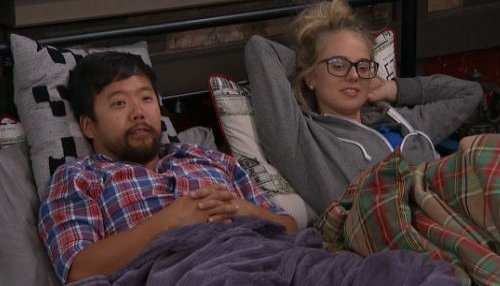 Who would win in a Nicole vs James F2?

Victor – Nicole would get his vote because he’s crushing on her in a big way.

Corey – Nicole definitely gets his vote.

Paulie – Nicole would land his vote as well.

Zakiyah – Nicole would probably get her vote since they hung in the house as showmance gals.

Da’Vonne – James should get her vote but lately she’s developed some respect for Nicole. Hmm…

Natalie – James definitely gets her vote.

Michelle – James would likely get her vote over “snake” Nicole.

Bridgette – James would probably get her vote too since Nicole wasn’t ever nice to her.

Paul – Nicole might get his vote but if she’s final HoH and sends him packing, maybe not.

James and Nicole each have four votes that seem pretty certain to go their way with Paul being a wild card but more likely to vote for Nicole. If it’s a James vs Nicole final two, Nicole might break the all-guy winning streak that’s prevailed from BB14 thru BB17.

What do you think BB18 fans? Who do you hope to see facing the jury as Final 2? Could James beat either Nicole or Paul or is he a lock for second place no matter who he sits by?  Could Nicole break the four season long women’s losing streak?

Share your comments below and check back with CDL for more Big Brother 18 spoilers plus the LIVE recap of tonight’s LIVE eviction and the countdown to next week’s BB18 finale.