Big Brother 18 Spoilers: Will Returning Houseguests Be Taken Down ASAP by Newbie Players? 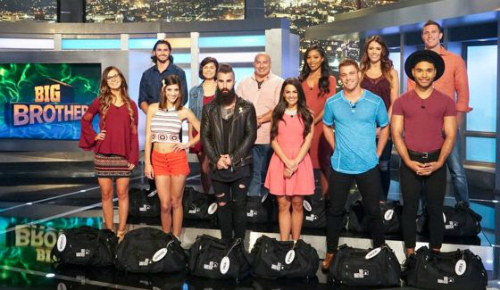 Big Brother 18 spoilers reveal that the dividing lines in the house have been set fresh off the reveal of the first twist on the BB18 premiere episode last night. Big Brother 18 got off to an exciting first night!

It only took the first half-hour of the show for the house to already be divided. There were many interesting house guests out of the original 12 and all was going great for about 15 minutes up until when the first twist of Big Brother 18 was announced.

Twist one was that another four houseguests had stowed away somewhere in the Big Bother house. The stowaways were revealed and they were all returnees – Nicole Franzel from BB17, James Huling from BB17, Da’Vonne Rogers from BB17, and Frank Eudy from BB14.

From the moment these four returnees jumped out of their respective luggage trunks, the 12 faces of the rookie houseguests fell to the floor. 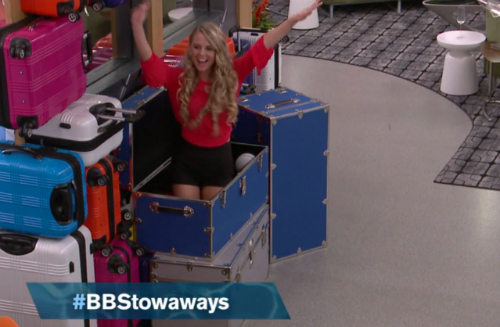 Newbies Victor Arroyo, Glenn Garcia, Paul Abrahamian, Zakiyah Everette and Corey Brooks quickly banned together and agreed that there was no chance in hell that these “dusty seconds” were going to be given a second chance to win Big Brother if they had anything to do with it.

Actually, it didn’t take long for the remaining newbies to join in and declare that the returnees blew their chance and the rookies needed to start thinking how to get rid of them as soon as possible. Is it fair to give four returnees another chance at winning half a million dollars?

Will the second twist, dividing the house guests into teams of four, distract the newbies from their mission to oust the returnees? Big Brother 18 spoilers reveal that the twisted producers of BB18 must have known that the newbies would immediately target the veterans.

That’s why they added the second twist – the team factor. This threw a monkey wrench into plans to target vets since, if they did, they would be sabotaging their own shots at the win since each of the four teams was assigned a veteran player. 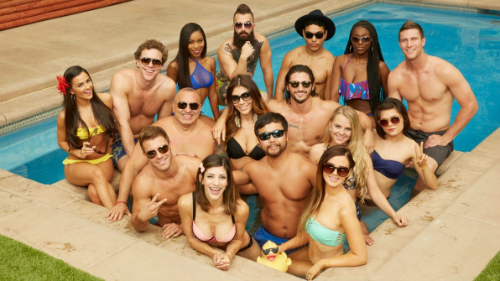 What do you think BB18 fans? Is the veteran twist one that you like? There had been Big Brother 18 spoilers that the returning players would be coaches, which has been done before, but to let these Big Brother vets play the full game is a shocker.

Are the newbies right to be furious? Is it fair for veterans to play – particularly Frank Eudy and James Huling who already won cash from Big Brother in prior seasons as favorite houseguests?

Share your comments below and check back with CDL all season long for tons more Big Brother 18 spoilers and LIVE recaps of every episode.