Blac Chyna To Take Over Keeping Up With The Kardashians With Rob Kardashian: Amber Rose Joins Fame-Hungry BFF 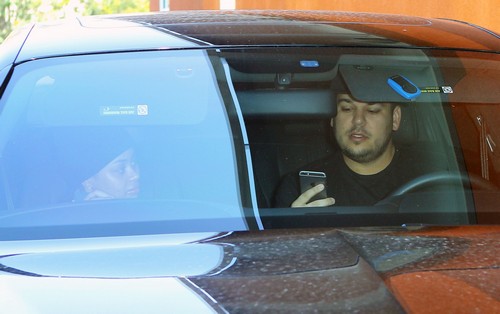 Blac Chyna isn’t actually jumping the gun with her engagement and soon-to-happen wedding with Rob Kardashian. The 27-year-old video vixen, soon to be known as Angela Kardashian, has apparently planned all of these all along, and she’s not leaving her BFF Amber Rose out of the picture.

Blac may be in love with Rob, but she sees him not only as a lifelong partner, but also an instrument to her biggest destructive plan against the Kardashian clan. The social media personality is said to be setting her sights on to the big prize after the wedding, and that’s to either be a regular on “Keeping Up With The Kardashians” or have a separate reality series to document her married life with the only son of Kris Jenner.

New York Times bestselling author Ian Halperin just dished the bombshell to Daily Mail, and it appears that Blac Chyna is quite serious in her goal to secure the Kardashian surname for herself.

Post-wedding, Blac Chyna could go by her real name and her new surname, so she’d be pretty much Angela Kardashian when she brings the next generation of Kardashian babies to the table.

Speaking of Blac’s desire to create a big family with Rob Kardashian, Halperin wrote in his book, “I can reveal she recently told a close friend that she and Rob are having unprotected sex and hoping to have as many kids as they can. In the words of her confidante, they want to start a ‘new generation of Kardashians’.”

By the looks of things, the close friend could be no other than Blac’s BFF Amber Rose, who is very pleased with the turn of events and was obviously the first person to know about the engagement.

“Obviously I knew about the engagement before the world did, so I had time to get that emoji mocked up and she loved it. I felt like that was coming — when two people love each other life that, you just know,” Rose said in an interview with Jezebel.

Rose also made it clear that she’s not sure if Blac would be picking her to be the maid of honor to her union with Rob, but whether she becomes the maid of honor or not, she would most likely become part of what Blac Chyna is cooking for reality TV. Daily Mail insiders are saying that some major networks are already expressing their interest, but nothing has been set in stone as of late.

Do you think Blac Chyna would have a reality series of her own? Sound off below and regularly follow CDL for more scoops on your favorite celebs.

Engaged couple Rob Kardashian and Blac Chyna are spotted out and about in Beverly Hills on April 12, 2016. FameFlynet