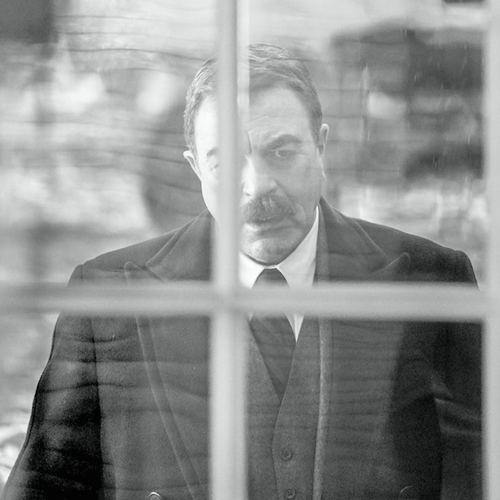 Tonight on CBS their hit drama starring Tom Selleck Blue Bloods airs with an all-new Friday, December 9, 2016, episode and we have your Blue Bloods recap below. On tonight’s Blue Blood Season 7 episode 10, as per the CBS synopsis, “Rev. Potter’s (Ato Essandoh) son is killed and Potter wants justice, even if that means making peace with Frank (Tom Selleck). Meanwhile, Erin (Bridget Moynahan) thinks a felon’s death in a prison-transport van is suspicious; and Jamie (Will Estes) shoots a mugger who turns out to be a police officer’s son.”

Danny had surprisingly found himself on the same side as Reverend Potter. But neither of them knew that they would one day have to work together or that they would fight back and forth about the Reverend’s son Michael. Michael had sadly been gun down in his neighborhood and of course no one saw anything however what made Michael’s death so difficult to investigate was Michael’s father. Michael had unfortunately been Reverend Potter and his wife’s only child and the Reverend had been out for blood for what happened to his son. So what does the Reverend do in such a situation? He surprisingly made everything worse by trying to play at being a cop

The Reverend and his head of security had checked out that area that his son died in and they found a young man that they thought Danny should talk to. However, Danny could take to a possible suspect if that person had been brought to him by the Reverend. He said that any good lawyer worth their salt could have the testimony thrown out of court. So Danny had tried to ease the Reverend’s fears by saying he was checking out leads for himself and the Reverend hadn’t been too pleased with that. The other man had wanted names and motives yet Danny didn’t have it right then and he thought he couldn’t trust the Reverend with too much information. Which was true because the Reverend had flipped out when Danny also mentioned the tox screen on Michael.

The tox screen had said that Michael had small traces of weed in his system though the Reverend said that couldn’t be possible. He said that his son had been an honor student and that he had never gotten into trouble. Yet, Danny didn’t think denying the truth would be good for anyone so he tried to tell the Reverend that he was a father himself and that he didn’t always know what was going in his teenage son’s life. So he had hoped that would get the Reverend to understand that these things could happen to anyone only the Reverend didn’t think he was anyone. He had still believe that his son had been who he said he was and that anything else must be part of some grand conspiracy that also happens to involve Frank.

Though Frank knew that his son wasn’t making things up and he couldn’t pass off Michael’s case to the State’s Attorney which the Reverend was demanding. So he had talked about what his office could do with his advisors and then he had gone out to do what he always does. He had tried to make peace, but the Reverend didn’t want to accept peace and he wasn’t too happy to see Frank on his doorstep either. Frank had just stopped by to tell the Reverend that his people will find Michael’s killer and that they would need the community’s help. The community needed to start trusting the police and be cooperative in order to find out what they knew so he had been enough for the Reverend to return to sense.

It hadn’t been! The Reverend had still be up on his high horse and he didn’t come down until he found out that Danny had arrested someone using his son’s credit card. But by then Danny wasn’t sure if he should trust the Reverend with any piece of information however he had done so because he truly did respect the Reverend and that’s why he told them about the gang. Danny had found out that a local gang was holding up teenagers outside of the video game store and that they could have been involved with what happened to Michael. So the Reverend had felt comforted to learn that the case was progressing and he would have probably have felt relieved that his son’s killer had been found if the young man that had his son’s credit card hadn’t been released.

That only served to rile the Reverend up again and he had wanted to know why the kid was back on the streets. However, the Regan did have sympathy for him and he had been told that the kid’s parents had gotten him a competent lawyer to get him released. So that calmed down the Reverend and finally made him see that he could help nudge things along by telling the community they should trust the police so that did give Danny another lead. Danny and Baez had found out that it was Omar Davis that was running this gang that targeted the kids and that the imitation into his gang was blood. Meaning the newbies had to kill someone to be fully accepted into Omar’s identity theft scheme.

Omar though was a familiar face. He had actually gone to the Reverend’s at risk youth program and that had kept him out of jail when he was younger. Yet, Omar didn’t have any sympathy for the Reverend now that he was an adult because he said that the Reverend hadn’t done anything for him lately. So Danny and Baez had reminded Omar that the Reverend had a lot of friends out on Riker’s Island who hadn’t been as lucky as Omar and who still felt they owed it to the Reverend for trying. And that had been enough to get Omar talking. Omar had given the shooter’s name to the cops and he had also asked them to put in a good word for him with the Reverend because they hadn’t known that it was his kid that night.

Only Danny told Omar that they didn’t owe him any favors. So the police did get justice for Michael and Frank had even been the one to deliver the news to the Reverend, but the Reverend had thought it was ironic that the a young man he kept out of prison had randomly demand that his only child should be killed. Though Frank told Reverend Potter that he knew the feeling seeing as it had been a dirty cop that had killed his son. So the Reagans had finally met the Reverend halfway yet they warned everyone at Sunday dinner that the truce wouldn’t last for long because they would find themselves fighting again in the future.

But Erin had also used an informant to shut down a dangerous and privatized prisoner transfer after the sixth person that died in their care happened to die in New York so that had worked out for her and you would think she’d be less jaded than her brother. Except she wasn’t. Erin had seen the side of people that claimed to be running an honest business beat and kill someone meanwhile her informant had surprisingly been an accessory to murder in Florida. So maybe everyone can’t work together however Jamie had shot and arrested a young man that was holding people for drug money. And that person’s father who was also a cop had apologized to Jamie because he wished that he had raised his son half as good as Frank raised Jamie.