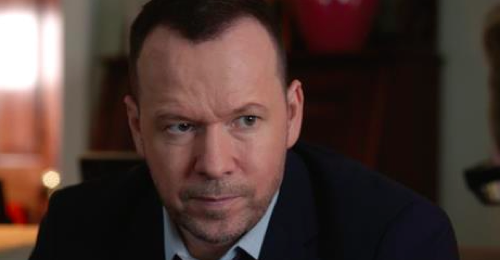 Tonight on CBS Blue Bloods continues with an all new Friday January 8, season 6 winter premiere called, “Back in the Day.” and we have your weekly recap below. On tonight’s episode, a tell-all book is planned by Frank’s (Tom Selleck) first partner, and it causes Frank concern.

Blue Bloods is an American police procedural drama series that is filmed on location in New York City with occasional references to nearby suburbs. The series follows the Reagan family of police officers with the New York City Police Department (NYPD).

On the last episode, Danny was interrogated by the District Attorney’s investigator when his ex-partner was accused of planting evidence in order to wrap up a homicide case. Also, when radical anti-government activists threatened to publicly burn an American flag, Frank grappled with the limits of free speech. Did you watch the last episode? If you missed it we have you covered with a full and detailed recap right here for you.

On tonight’s episode as per the CBS synopsis, “a tell-all book is planned by Frank’s first partner, and it causes Frank concern. Meanwhile, Jamie’s and Eddie’s actions affect their professional and private lives when they respond to a call about an officer needing assistance.”

Blue Bloods “Back in the Day” airs tonight at 10:00 pm ET and we will be live blogging all the details. So don’t forget to come back and refresh your screen often for live updates. While you wait for the recap, check out a sneak peek of tonight’s episode below!

Jack had a black eye on tonight’s episode of “Blue Bloods” and for some reason he didn’t want to speak about it with his father. So Danny pursued it and he eventually found out that a bully had punched his son in the school yard. And because he’s Danny, Danny chose to teach his son the one thing that would get the bully off of Jack’s back.

Only there wasn’t someone around to teach Frank a maneuver when he really needed help in escaping a tough situation. Frank you see had been best friends with and had once partnered with Lenny Ross. And Lenny had even become famous thanks to Frank inadvertently helping him back in the day.

So the two have remained close over the years and then there came a time to either support Lenny or protect his own career. And that had left Frank was at an impasse. His friend had apparently written a memoir and had wanted to publish it. However, Frank was in a lot of those stories from Lenny’s career and his people didn’t want a PR disaster on their hands.

And therefore they told Frank to get an injunction. One that would forbid Lenny from every publicly discussing or writing about their shared pass. And Frank just didn’t want to do. How do you support someone and then stomp on one of their dreams merely because its inconvenient?

Although Jamie was trying figuring an answer to that questio as well. It seems Jenko had wanted to be a part of another undercover task unit and so she begged and begged until finally she and Jamie were put on another case. Only Jamie doesn’t like to put himself out there because he doesn’t want anyone to assume he’s trading on his famous last name. So he had been upset with Jenko for signing him onto something without consent but how else will either of them get ahead with their careers if they don’t put themselves out there?

So both of those situation asked one question. How far will you go for a friend? And as they were trying to figure out their limits – Erin ended up being the one Reagan that didn’t need to second guess herself. Someone had killed her good friend Robert McQueen and she was going to get justice for him even if it meant going up against the mob.

Robert had been killed while he was meeting up with one of the few witnesses left from the People Vs. Hoff Construction case. Apparently the case had been on how the construction company were chosen to rebuild after Hurricane Sandy. And it looked like corruption was involved.

However, the case fell apart when a defendant went missing, a juror was killed and as well as lack of evidence. So someone pulled strings to get that case to fall apart and the one person to realize that was Robert. Hence he was gathering old witnesses to see if they suddenly remembered anything new.

But someone had killed him and the woman he was questioning. A Jenny Egan who had recently gotten married. So Erin pulled another detective friend onto the case and together they looked into Hoff Construction Company.

And what they found is that the person who had chosen Hoff Construction bid happens to be the father of the ADA that tried the original case. Therefore, David Harris had every reason in the world to let his case tank. Otherwise it could have brought down their father.

So Erin pulled information out of a rather reluctant ADA and she got the necessary information to finally bring someone up on murder charges. Though her brother Jamie realized he didn’t want to compromise himself in order to help out a friend. Which became blaringly obviously when he skipped out on his undercover job to check out a fallen cop report meanwhile Jenko stayed behind.

Yet that doesn’t mean Jamie doesn’t want to continue to be her partner. He does but they both realize their ambition was going to take them to different parts of the job.

And Frank didn’t find a way to stop Lenny’s book. In fact, he stopped looking once he realized how much Lenny meant to him and that’s why he ended up writing the foreword to the book. So he’s prepared to get his black eye if he needs to.