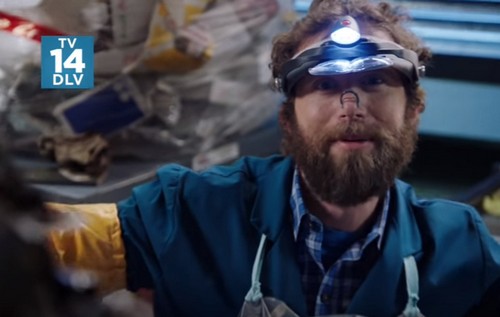 The documentary crew follows Dr Temperance Brennan (Emily Deschanel) and Seeley Booth (David Boreanaz) as they go about their work of solving a case. The kill of the week, featured in the documentary, is a body found at a landfill that’s been there for 10 years.

The documentary crew films each of the team members in the lab as they do their thing including revealing confessionals about what they think of each other. Booth seems to be playing to the camera, delivering some cheesy TV cop one liners including “trust the gut, baby.” 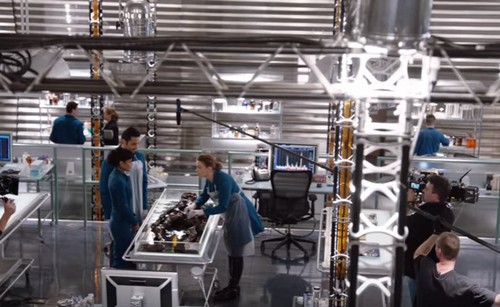 James Aubrey (John Boyd) also seems to be basking in the attention, but he’s caught off guard awkwardly eating pizza and looking like a dorky sidekick. Surrounded by piles of stinky trash from the body dump site, Jack Hodgins (TJ Thyne) proudly crows that they call him “king of the lab.”

But in her footage, Cam Saroyan (Tamara Taylor) quickly corrects that impression to the documentary filmmakers saying “no one calls him king of the lab.” Also back for this episode is Cam’s ex Arastoo Vaziri (Pej Vahdat). 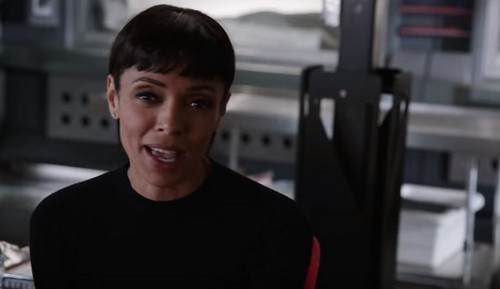 This episode is pegged to be one of the funniest of the season as a send-up of documentary style murder shows and Pej Vahdat tweeted that it was “Maybe the most fun I’ve had filming an episode of Bones. It’s a must watch.”

One of the potential perps that Aubrey and Booth interview thinks the FBI guys are filming the show ‘Cops’ (ironically another FOX network show) and the shady guy wants to know when it will air so he can tell his peeps when to watch him on TV. 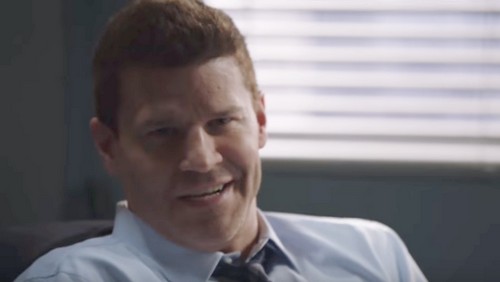 Looks like the Jeffersonian team of squints will solve their case, as usual, but this great meta episode of a show-within-show looks to be even funnier than their usual lighter fare. Be sure to watch Episode 18 – there are just a handful of episodes left in Season 11 so don’t miss any.

Come back to CDL for a LIVE recap of ‘Bones’ Season 11 Episode 18 ‘The Movie in the Making’ on Thursday June 2 and share your comments below on the spoilers for the latest episode.