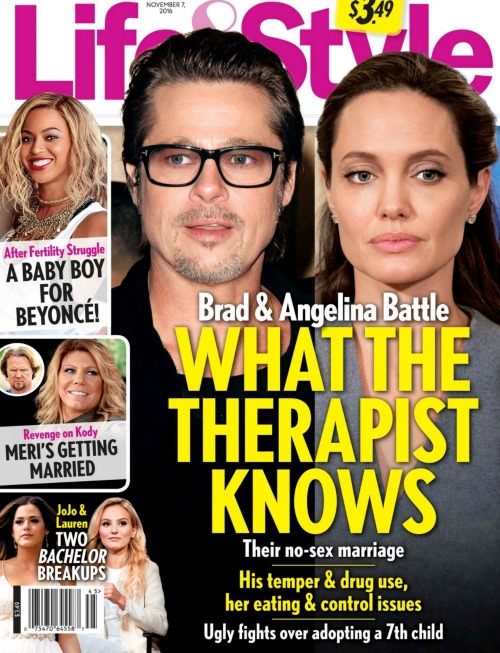 Brad Pitt And Angelina Jolie’s therapist is apparently telling all. There’s a new report that says Brangelina tried to save their marriage before their divorce announcement hoping that therapy sessions would help them but unfortunately, it just made matters worse between them.

And now sources close to their family therapist is dishing the ugly dirt about their no-sex marriage along with their temper and control issues.

According to Life & Style Weekly, Brad and Angelina are hoping that their personal therapist doesn’t dish all the dirty details of their dead marriage. With all the fighting that was going on between them and in front of their children, their love life suffered as they apparently stopped having sex.

Brad’s temper and drug use sure didn’t make things better while Angelina struggled to let go of her control over the family which resulted in her allegedly starving herself for attention, hoping Brad would give the sympathy she desperately wanted from him. 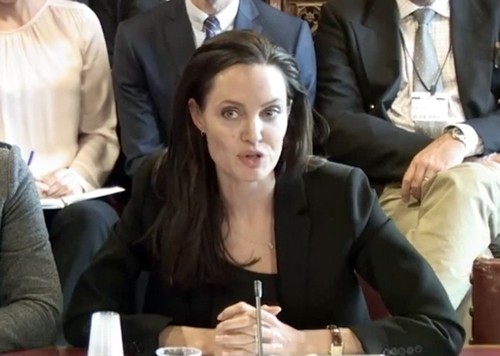 It’s without a doubt that Brad Pitt became quickly disenchanted with Angelina Jolie and her plans of having one, big happy multi-cultural family when in reality, they were far from it. Their family life was nothing less than chaotic, unorganized and undisciplined and Brad simply couldn’t handle it anymore.

And with the stress of raising six kids unsuccessfully, Brad began distancing himself from Angelina and her constant demands and wanting to move their family from one place to another. With all of the instability, it was only a matter of time before Brad would break and have his mental breakdown.

Unfortunately, Brangelina’s six kids are the ones who are suffering the most from it.

Now that the truth is slowly coming out, not only will Brad and Angelina have a hard time trying to mend the pieces of their personal life together, but their careers will definitely take a hard blow, too. No one in Hollywood is going to want to work with vindictive and back-stabbing Angelina with all of her control issues while Brad will have a hard time shaking off his reputation as an actor plagued with alcohol and substance abuse problems.

“If you have enough people sitting around telling you you’re wonderful, then you start believing you’re fabulous, then someone tells you you stink and you believe that too!” – Angelina Jolie