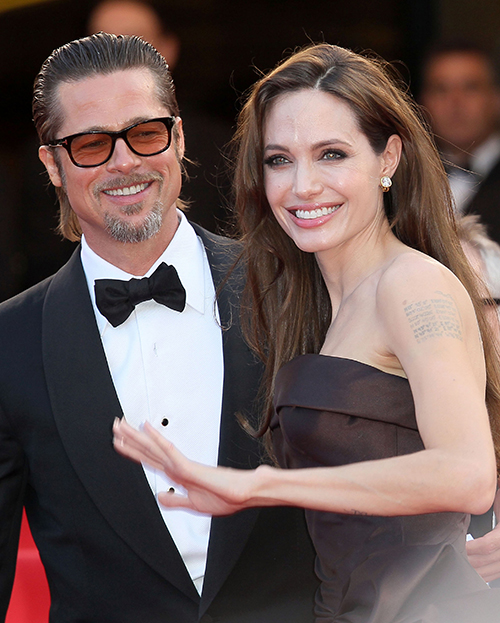 Brad Pitt is having a major mental breakdown following the news that his wife of two years, Angelina Jolie, has filed for divorce. In fact, there’s a new report that says the Hollywood actor has been crying on the phone every day to his parents.

The former heartthrob is supposedly in the worst shape of his life, as he’s struggling to realize that his marriage is done and that his family life will never be the same again. In fact, he’s completely in shock after Angelina apparently accused him of putting their six children’s well-being at risk through his alleged substance and alcohol abuse. And even though multiple reports indicate that Brad Pitt allegedly had a fight with his 15-year-old son Maddox on a flight from Paris to Minnesota last month, Angelina is now back peddling, saying that she refuses to testify if Brad ends up getting prosecuted for the incident.

According to Us Weekly, though, Brad is now “crushed.” His life is quickly spiraling out of control. One source close to the actor even dished, “He’s been leaning heavily on his family and speaks to his parents and close friends and his manager constantly. His mom has been talking to him constantly.”

While there’s no denying that both Brad and Angelina both made plenty of mistakes in their marriage, it was the actress who ultimately pulled the plug on their marriage. She followed the breakup announcement with a nasty public smear campaign against her soon-to-be ex-husband. Brad, on the other hand, has not made one allegation against Angelina, nor has he hinted in any way that she might be an unfit mother to their children.

Yet, Angelina has hired four lawyers since announcing her surprise divorce, leading to the speculation that the actress might have something to hide herself. Sure, Brad can dish the dirt to the media at any given moment, but at this point he’s too distraught to even think about, let alone come to terms with, what’s happened to him in the last two weeks.

Although, it will only be a matter of time before the ball is in his court; soon, he might be ready to dish some truth-telling of his own. Clearly, Brad Pitt is so devastated about the divorce that he can’t do anything but cry on his mother’s shoulder. Angelina, on the other hand, should be worried about what dirty laundry of hers he’ll air to dry once those tears stop.

He might retaliate with his own nasty campaign against her. Tell us CDL readers, what do you think? Drop us a line with your comments section below!