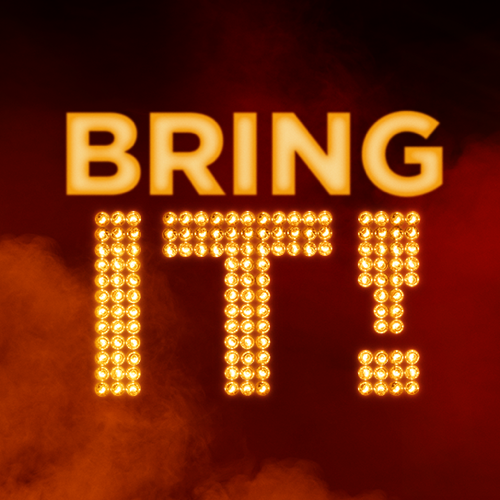 Bring It! on LIFE continues tonight with an all new Friday January 8, season 3 episode 2 called “The Bucking Ballerina,” and we have your weekly recap below. On tonight’s episode, Dianna struggles to get her new team in shape; and Crystianna and Faith vie for a solo.

For those of you who don’t know, Bring It! is set in Jackson, Mississippi and features Coach Dianna “Miss D” Williams and her Dollhouse Dance Factory, home of Miss D’s Dancing Dolls troupe.

On the last episode, in the Season 3 premiere, Coach D was determined to lead her Dolls to victory against Compton; and there’s a new battle team at the Dollhouse who were at odds with the veterans. Later, one of the parents had an old history with Dianna and stirred things up.

On tonight’s episode as per the LIFE synopsis, “Dianna struggles to get her new team in shape; and Crystianna and Faith vie for a solo. Elsewhere, Dana tries to persuade the moms to let her give them makeovers.”

Don’t forget to come back here tonight at 8 PM EST for your live recap of Bring It! Season 3 Premiere. In the meantime, be sure to hit up the comments section below and let us know what you’re most excited about for tonight’s episode.

Last season, The Dancing Dolls said goodbye to some of its brightest starts and so Ms. Dianna knew that going into season three there would be uphill battle. But for some reason she never counted on the Dancing Dolls Moms working against her.

Apparently there are a lot of new faces around the studio and so none of the alumni were guaranteed a spot on the Battle Quad. Which as we know is a coveted position seeing as they became the face of the Dancing Dolls. And its position that the moms tend to fight over even though they take part in Ms. Dianna’s final decision.

So that’s what we saw again tonight. Now Faith is a new girl and she knows she has a lot to learn after Ms. Dianna called her dancing cute. Cute being something that’s not quite needed in either majorette or Hip Hop dances. Yet Faith’s mom Dana exists in her own world.

She thinks cute was good and valiantly tried to defend it against the other mothers. Namely Rittany who spoke cute just as negatively as Ms. Dianna. Although Rittany had gotten into a particular sniff after Faith thought her newcomer of her daughter was going to get the solo for the upcoming competition.

Meaning there was going to be an issue between those two. Rittany’s niece Crystianna is one of the few standouts from previous season that is too young for college and so she looked like a natural successor to Kayla. Only Faith thinks her daughter should have gotten the solo the same way Selena thinks her twins are talented.

In other words, she’s seeing what she wants to see and those twins haven’t actually improved. They can remember choreography but their faces always looks like they’re bored. And that they don’t want to be there. Which isn’t the case at all though that’s how it looks.

Anyways, the Dancing Dolls were going up against the Elite Stars of Nashville and they had to prepare for a solo as well as a stand battle.

And after all the fights about the original try-out for solos caused, Crystianna ended up injured a few days before competitions. Her knew had begun to hurt and at first she had tried to work through it. But then Ms. Dianna had to put her foot down and look after Crystianna’s best interest when Crystianna didn’t want her to.

So Crystianna had to be pulled from the solo. And that left the position once again open though both Ms. Dianna and Kayla believed they found the perfect person to step into Crystianna’s shoes. They believed Mayka should have the solo.

Mayka had a dancing style that was similar to Crystianna’s and her coach knew she could learn the choreography overnight. And so she was the best choice for the solo, but Dana once again had a problem with that decision. She thought Ms. Dianna should host another try-out and that made the other moms look at her in a certain way.

They had after all known she wanted another chance to get her daughter that solo but none of them thought Dana should risk the solos category for pride’s sake. Although they full out laughed at her when she began to talk about a dress code for moms. She had wanted them to be on her level so she tried to get them to wear makeup and put their jeans away.

And they ignored her by continuing to be the women they have always been.

But at competition, Mayka managed to work the choreography as if it had been made for her and not for anyone else. And she won first place for that solo. So maybe Ms. Dianna is going to start more of them.

And after battling it out with two teams, though none of them were the Elite Stars of Nashville, the Dancing Dolls walked away with first place in Stand Battle. Thereby sweeping the best categories.