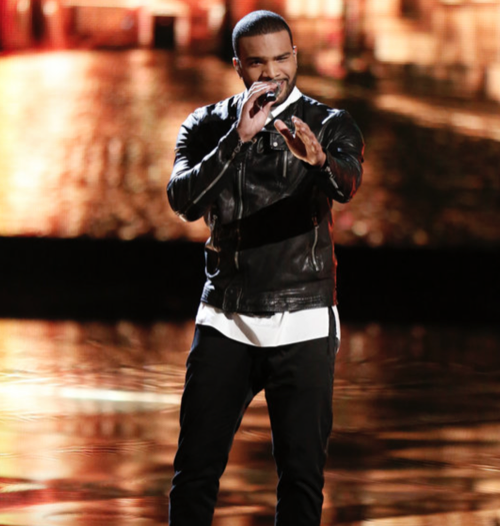 Bryan Bautista of Team Christina chose to perform live “Just the Way You Are” by Bruno Mars this week for his Top 11 song performance.  Did you watch tonight’s show? In case you missed tonight’s show, CDL has you covered – read our full and detailed recap right here! And if you missed any of the videos – check those out right here.

On tonight’s show, the Top Eleven artists performed live for coaches Christina Aguilera, Adam Levine, Blake Shelton and Pharrell Williams for America’s votes and a chance to move to the next round. This season the competition is fierce and each of the Top 11 must sing their heart out and deliver the performances of a lifetime to win Season 10 of The Voice.

On tonight’s Top 11 episode, Bryan Bautista sang “Just the Way You Are” by Bruno Mars as his live performance and this is the judges’ comments about his performance:

“Pharrell says that was effortless and says the power in his upper register is crazy. Christina and Adam agree. Pharrell says the arrangement was perfect and the note at the end was sick then he added a super colorful ending and says he’s headed for pop music and it’s where he belongs for sure.
Adam says he has the greatest range of anyone and his upper register is pristine and powerful even when he goes crazy high and calls him an astonishing talent. Christina says it was silky smooth and the choices were right.

She says it’s hard what he does and how accurate he is and says he did it for his sister. She says he’s old school and can deliver anything and says he had a Marvin Gaye moment and says there’s nothing he can’t do.”