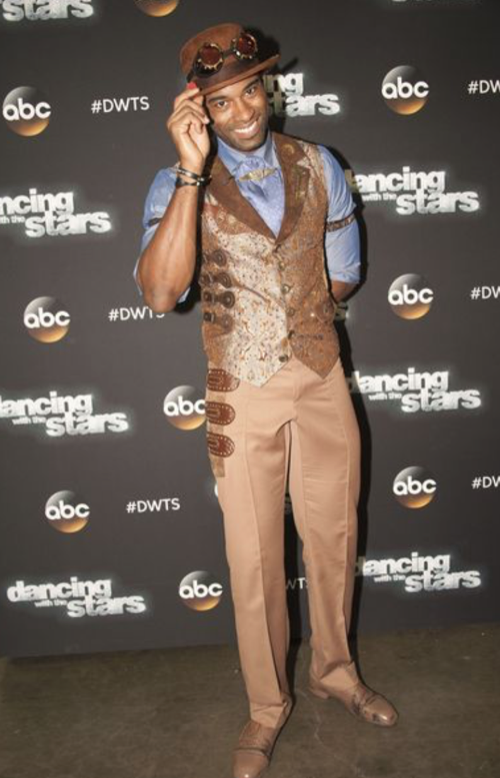 Tonight on ABC the glitz and the glamor returns to the ballroom as Dancing With The Stars returns for the 23rd season semi-finals. Former American football wide receiver Calvin Johnson Jr. & his professional dancer Lindsay Arnold took the stage tonight and danced the Tango for their Semi-finals night dance to “Seven Nation Army” by The White Stripes.

The five remaining couples advance to the Semi-Finals in one of the show’s tightest competitions ever. Each couple will dance two dances – one being a style the couple has not danced to yet, and the second being a Trio Dance, in which each celebrity couple will dance with a third dancer

Julianne: Oh shoot! We all saw it right there, I don’t know if it was the dress or the slip. It was so great, it had so much attack and precision, your guys’ chemistry was more on fire than I have ever seen it. I am so upset because it was so great throughout the whole thing and then there was a little bit of a mess-up, but you kept going, so well done.

Bruno: Mind-bending, surreal hallucination. I loved that the hands were coming from all angles, it was like American Horror Story, and you broke out like Calvin the Avenger. You went for it with such power and determination, at times though, you have so much inside you, there are a few stumbles because of it. It happens, don’t worry about it, you have another round.

Carrie Ann: Tonight, you are fighting for a slot in the finals and everything matters. I liked that you tried something high-concept in the beginning, it didn’t quite work with the music that well. Then, you kind of over-powered Lindsay, you made a little mistake and then you were like, ‘oh I’ll just take it to the end, I got you girl!’

Watch the video below and let us know what you think, do you agree with the judge’s comments? Do you think Calvin did enough to avoid elimination tomorrow? Make sure to head over and check out all our DWTS recaps, spoilers, news & more, right here.