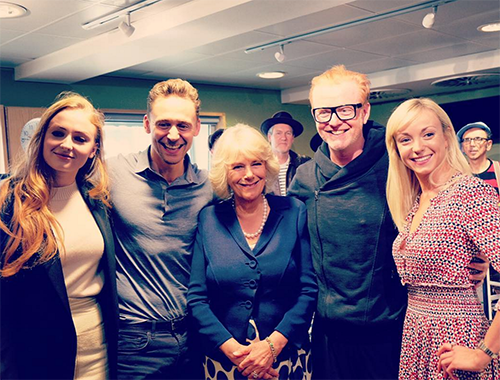 Camilla Parker-Bowles popularity is soaring past Kate Middleton’s. Are people are tired of the lazy, entitled Duchess of Cambridge? Has Prince Charles wife finally earned the respect of British subjects over a decade after marrying the future King? Camilla received a few compliments when Clarence House posted photos of her on May 6 judging the ‘500 Word Contest’ that was sponsored by the BBC Radio 2.

Instagram followers commented, “I love this lady, she is supremely cool!” Another follower stated that Camilla is inspiring and “totally fabulous.” Another Clarence House Instagram follower agreed with that compliment. Thumbs up, happy face and heart emojis accompanied the compliments.

Perhaps one person summed it up perfectly, “Great to see lovely Camilla supporting and encouraging creativity, writing is a beautiful way to express oneself.”

Wow! That’s a pretty big compliment for Camilla Parker-Bowles to receive! In the past compliments such as that would be reserved for Kate Middleton. Could it be that all Camilla’s hard work is paying off? Camilla doesn’t cherry pick the Royal engagements she wishes to attend. Whatever Queen Elizabeth asks of Camilla it appears she does willingly.

Is it possible that Camilla, following decades of being the most hated woman in England and maybe the entire world, is slowly but surely becoming a respected member of the Royal family? In the photos, Camilla certainly appears to take her job as a judge seriously, but she also looks relaxed and friendly.

Kate, on the other hand, has been torn apart in the press. Lazy, entitled, phony and aloof are just a few of the names Kate’s been called over the past several months. British subjects are tired of William and Kate working part-time and then jetting off on ski holidays and such after putting in a few appearances at Royal events.

The Duchess of Cambridge skipped out on the Annual St. Patrick’s Day Parade but showed up the next day for the opening of the new EACH store in London the next day.

Camilla Parker-Bowles more popular than Kate Middleton? It seems as if Camilla truly understands the Royal values of duty to crown and country, hard work and self-sacrifice.