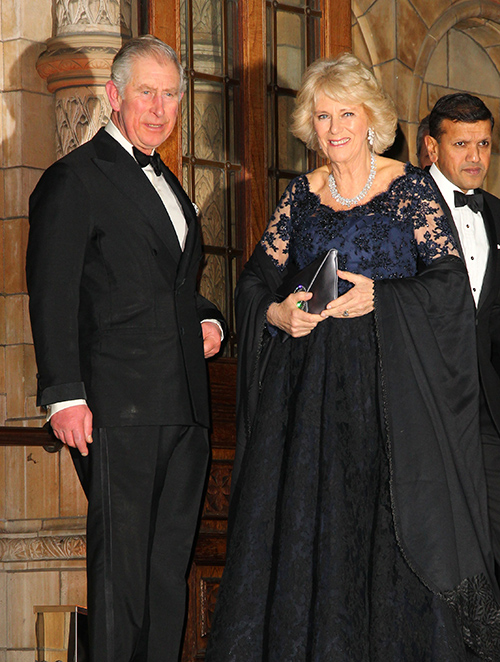 Camilla Parker-Bowles is still scheming against Kate Middleton? Will it never end? Poor Prince Charles is yet again a pawn in Camilla’s battle with the Duchess of Cambridge for the throne.

Prince Charles has been tormented by Queen Elizabeth’s desire to bypass Charles and put Prince William and Kate Middleton directly in succession when Her Majesty passes. God forbid, but there have been numerous reports that Queen Elizabeth is deathly ill and trying to get Royal affairs in order.

A source reveled to GLOBE that Camilla has relentlessly demanded that Prince Charles confront Queen Elizabeth over this matter. Camilla Parker-Bowles must have finally pushed all the right buttons because the insider says Charles charged into a meeting Queen Elizabeth was in with a senior advisor and went off on his mother!

Just one of the things Charles reportedly said about Queen Elizabeth is that she is a cold fish who cares more about horses than her children. Also, Queen Elizabeth’s wish to force Prince Charles to forfeit his birthright only proves Queen Elizabeth has “lost her marbles and unfit to rule.”

But Charles wasn’t alone when he stormed into the meeting. Oh no, Camilla was right by his side and did nothing to stop him. “[Camilla] was positively pleased! It may be the first time she’s seen her husband take such a stand!”

Prince Charles has been very passive-aggressive when it comes to criticizing Queen Elizabeth as a parent. He has publicly stated that Queen Elizabeth wasn’t around to watch him take his first steps or hear the future King’s first words. Nannies and nursery staff were the ones who hugged and kissed the little prince. Is it any wonder that the 67-year-old Prince Charles may have finally confronted Queen Elizabeth?

Kate Middleton, being the doting granddaughter-in-law that she is, reportedly grabbed Prince William and made a mad dash from Anmer Hall to Buckingham Palace upon hearing Prince Charles and Camilla had ganged up on Queen Elizabeth.

The Royal insider believes the Duchess of Cambridge intention was to calm everyone down and contain Charles ugly outburst before it became public. Ooops! Too late!