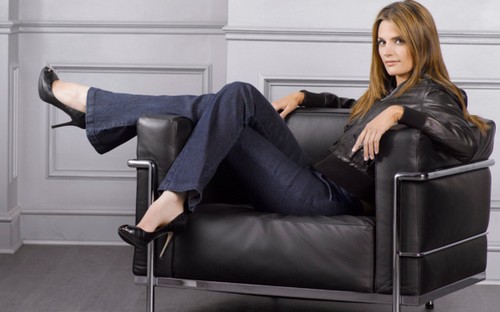 When ABC did confirm Stana Katic’s Castle exit, what a lot of fans don’t realize is that they technically never confirmed there would be a Castle Season 9. Word on the internet is that TPTB are still currently mulling over the decision, and there should be an official announcement any day now.

Nathan Fillion’s contract runs out at the end of Castle Season 8, and he has not signed on for Season 9 yet.

Can Castle really survive without Kate Beckett? What a lot of disgruntled fans are not taking in to consideration is that long before Stana Katic confirmed she was leaving the show – it was already in jeopardy. Castle’s mediocre ratings have been an issue at ABC for a few seasons now.

Although it offers little comfort, in all fairness the show would have probably been cancelled within the next few years any way – with or with out Kate Beckett.

Since Castle premiered, the writers have been building the love story between Kate and Castle – it was a slow, well-developed storyline. Castle fans argue that the show really can’t go on without Kate Beckett. But, in all honesty – her death could be a breath of fresh air storyline wise.

If ABC does renew Castle for a ninth season, the entire season will most likely revolve around Kate’s death in the Castle finale episode – and taking down the killer. Castle, his new BFF Hayley, his sleuth in training daughter Alexis, and NYPD’s Esposito and Ryan can join forces to get justice for Kate.

So Castle fans, do you think there will be a Season 9? Or do you think ABC will opt to cancel the series after hearing fans’ outcries regarding Stana’s exit? Share your thoughts in the comments below and return to CDL for all your Castle news and live recaps!