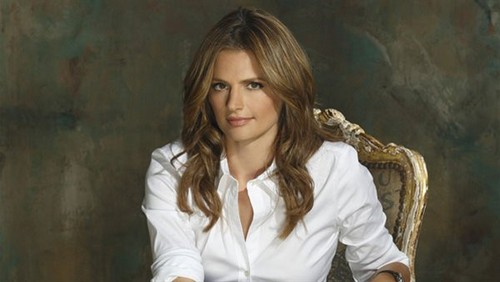 Is Nathan Fillion the bad guy who didn’t want to share the limelight anymore? Or is Stana difficult to work with? Do they hate each other and did ABC took sides in the Castle fight? What really happened?

First, know this. Nathan Fillion is nearly universally beloved. It’s difficult to believe the scuttlebutt that others on the cast and crew didn’t like him. Fillion seems to have maintained close and friendly ties with most people he’s worked with – and still spends time with them regularly.

He’s besties with Neal Patrick Harris from their Dr Horrible days, still does Firefly appearances with that crew, and is generally believed to walk on water by his legion of fans with whom he interacts online and at Cons. He’s patient, always smiling, and seems to genuinely enjoy people.

That makes it hard to believe that he’s a massive egotist who, according to reports, bullied Stana Katic on the Castle set and left her in tears on more than one occasion. Now let’s consider Stana Katic herself. She’s been described as a bit shy but there are also plenty of rumors about her being a jerk on set.

Stana Katic also has a lot of aspirations much bigger than Castle and outside of the ABC show. She’s a producer on the program (which means she should keep making money after she leaves – but would Stana Katic stay on as a producer on Castle Season 9) and also pursues tons of other work. She’s got four completed projects outside of Castle in 2016 alone.

By comparison, Nathan Fillion has done primarily voice over work on some animated projects and video games which doesn’t take him away from his primary work on the ABC show. Is this just a matter of Fillion being more dedicated to the show than Katic is?

As to the on-set behavior – let’s be fair, it’s likely both Katic and Fillion have been jerks on set – everyone has a bad day at work and acts out – the famous and the average alike. Perhaps the bigger culprit in all of this is the ABC network. Let’s consider that instead.

Nathan Fillion was the first one cast on Castle – he was the big star –he’s the 500-pound gorilla. So if anyone needs to be ousted if the budget really was tight – it would not be him. Second, back in 2013, the show shut down production over a contract dispute with Fillion.

That was a clear indication the show could literally not go on without him. Third, of the two of them, it’s Nathan Fillion that tirelessly promotes the show via personal appearances and on social media. He’s practically a one-man PR machine so ABC gets more bang for their buck with Fillion.

As for the rumors that the two hate each other and bicker on set, that’s really a non-factor in any case. Many actors hate each other and keep working together. Fillion and Katic have superb chemistry as Castle and Beckett – how they feel about each other when the cameras are NOT rolling doesn’t matter.

What seems the more likely culprit in Katic leaving is that she’s not as engaged in the show, wants to be doing other projects, and is no longer invested in the show. Fillion, by comparison, seems to be happy with the show and wants to stay. That’s simple math for ABC.

So how will they work out her departure? If Castle Season 9 is to include romance, they need to kill off Kate Beckett – and many fans think that’s what will happen. That would allow Castle to go a little dark, bring her killer to justice, and then move on with his life.

And let’s admit it, the bro-fest between Nathan Fillion, Jon Huertas (Esposito), and Seamus Dever (Ryan) is a fun dynamic to watch and could take center stage with Stana Katic out of the picture. There’s no doubting it will be a different show, but could be just as good.

As for who’s the bad guy in all of this business – the answer in a nutshell is that show business is a business at the end of the day. ABC likely went with the best cost-benefit scenario and sided with the employee more committed to the work – Nathan Fillion.

What do you think fans of Castle? Will you stick with the ABC show once it’s Fillion solely in the lead? Share your comments below and come back to CDL every Monday night for our live recap of Castle.