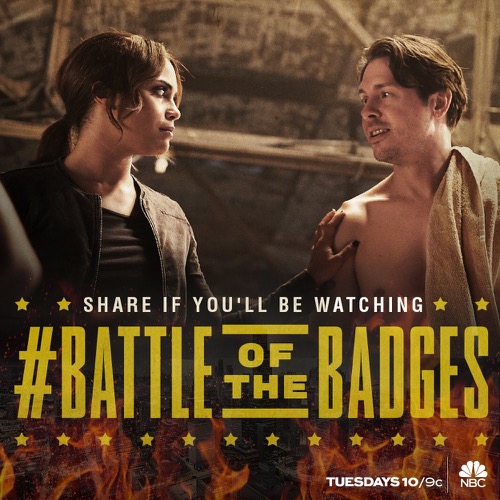 Tonight on NBC Chicago Fire returns with an all new Tuesday, February 9, season 4 episode 14 called, “All Hard Parts” and we have your weekly recap below. On tonight’s episode, Severide (Taylor Kinney) confronts Chili (Dora Madison) about her erratic behavior; members of the firehouse rally around Casey, (Taylor Kinney) who they think would make a great candidate for alderman

On the last episode, the team responded to a mass shooting; Casey investigated the missing money from the fund-raiser; Jimmy agreed to represent the firehouse in a boxing match against the Chicago PD’s 21st District; and Chili’s behavior continued to be an issue for Brett. Did you watch the episode? If you missed it we have a full and detailed recap, right here for you.

On tonight’s episode as per the NBC synopsis, “Severide confronts Chili about her erratic behavior; members of the firehouse rally around Casey, who they think would make a great candidate for alderman; and Jimmy squares off against Antonio in the first annual “Battle of the Badges” boxing match.”

Tonight’s season 4 episode 14 looks like it is going to be great and you won’t want to miss it, so be sure to tune in for our live coverage of NBC’s Chicago Fire. While you’re waiting sound off in the comments down below what you think of this season of Chicago Fire so far!

After last week’s nasty confrontation, Chili had made a lot of promises and the one thing that the Chief had asked her to do was put her money where her mouth was. Which was his way of telling her to not just say she was going to clean up act but try actually come to work in a professional manner.

Yet it looks like that conversation with Boden had only given Chili one more reason to drink. The young woman who clearly had a drinking problem from even before her sister had died was eventually found by Severide to be sneaking out to her car for the bottle she had hidden in the glove compartment. So rather than simply report her, Severide had honestly tried to help.

First he told her about the programs that the Fire Department were willing to pay for but that had only made her deny that she had a problem that required treatment. So Severide had run out of options in the end. And he finally had to confront her about suspicions after the “Battle of the Badges”

Which she had missed by the way. The now annual fight was supposed to garner money for charity and the firefighter representing their whole house had been Jimmy. The Jimmy that had tried to date her and be there for her only to be pushed away like the rest.

But he had merely been one of the many that she had pushed away once they began to ask certain questions. You see Chili kept denying that she had a problem and that includes to herself so she didn’t appear to notice that her whole life was falling by the wayside because of it. So Severide had asked her why she hadn’t made the fight and when she tried to give some lame excuse – like how she always knew Jimmy was going to lose anyways – he told her that he wasn’t buying it.

And then he confronted her about the mood swings, the frequent trips to her car, and the fact she would always need gum whenever she came back into the building. Though even with the evidence standing between the both of them, she still told him that everything was fine. So Severide then had to issue an ultimatum. He told her that she could be the one to tell Boden or he could.

However, her version to the Chief had still been filled with excuses. She told him about how her dad was an initially issue and then her sister’s death had sent her spiraling out. And that while she drinks, she hadn’t actually been drunk on the job.

And so she had been hoping her record was going some ways into swaying the Chief. Because this week alone Chili has managed to step up. She had helped a young boy create a tourniquet for his brother who had come home bleeding from a gunshot wound, but was blocking the apartment door with his body.

But the Chief had to question every action she’s made. Like the time she attempted to resuscitate an already dead man that his own men had pulled out of a building.

Brett had said that they had done everything they could but she had been working on the firemen while Chili struggled through intubating. So Boden knew that he couldn’t keep risking everything for Chili and although she asked for help in the end – it came too little too late. Therefore, he had to fire her.

And the firehouse had mourned the loss. Apparently some of them had even tried to talk Chili while she was packing her bag and she told them not to bother. It seems she didn’t want them claiming that she was family when obviously Boden didn’t think the same.

Yet they had missed her and she had missed them. So once everything had been said and done, Chili had taken Severide up on his offer of help and he had driven her to a respectable rehabilitation center. With the promise that her friends would understand and still be there waiting for when she gets out.

And while Chili finally get the help she needs is a good news, there was also the matter of Casey running for alderman.

A woman that lives in the area had approached Casey to run because she said that her neighborhood was tired of Alderman Becks. Becks had the same promises like his predecessors and just like him he then failed to follow through on anything. So she turned to Casey because she liked the video he had done for the hurricane victims.

And now he’s running for Alderman!