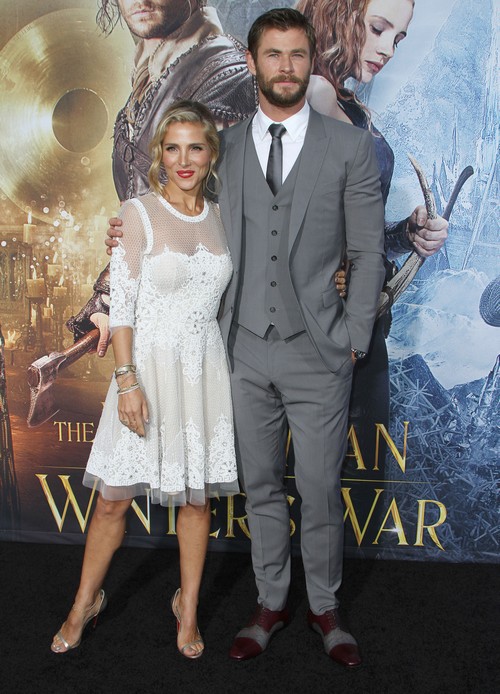 Are Chris Hemsworth and Elsa Pataky getting divorced? That might be the case even though the Hollywood actor himself was forced to set the record straight about the rumors despite the speculation that he’s so fed up with his wife’s shameless self-promotion and constant need for attention.

After several outlets reported that Chris Hemsworth and Elsa Pataky have been arguing for months now and have even thought about separating because they needed their space from one another, the actor took to his Instagram account to defend his marriage. He shared a photo of the couple lounging on a boat, dismissing the divorce rumors while asking Elsa, “Do you still love me, honey?”

Of course, Chris has no choice but to debunk the rumors, especially since his wife Elsa is so obsessed with everything she reads about her marriage. Unlike Elsa, Chris doesn’t both to talk about his personal life to the media, nor does he make any kind of effort in being a social media celebrity.

Elsa on the other hand has proven herself to be a fame-obsessed, attention-seeking wife whose movie career has been so lukewarm, she has no choice but to promote herself as a brand. That’s why she can’t afford to a Chris Hemsworth divorce because without her husband, she’ll end up in celebrity obscurity, and that’s the last place she wants to be.

Because no one wants to cast her in any of Hollywood movies, Elsa has reinvented herself as a lifestyle and fitness expert and blogger just to continue making herself relevant.

Plus, with three small children at home and Chris’ demanding movie schedule, it wouldn’t be surprising if the couple did bicker and fight about their problems just like most couples do. But for Chris and Elsa, the problem lies in the fact that the Spanish actress has been using their marriage to put the spotlight on her, just like she does each time she shows off her assets with tight-fitting dresses on the red carpet.

Clearly, Chris was never interested in marrying a woman whose thirst for fame was so bad that she would be willing to overshadow her own husband.

Do you think Chris Hemsworth and Elsa Pataky are headed for a divorce? Was Chris pushed by Elsa to debunk the separation rumors? It’s without a doubt that Elsa would never admit to it, but the more she tries to put on a ‘happily married’ and perfect family image to the media, the harder she’ll be trying to hide the real truth about their marital problems.

Chris on the other hand will only be able to take it for so long until he ultimately pulls the plug on his marriage himself.

Let us know what you think about Chris Hemsworth and Elsa Pataky’s divorce rumors in our comments section. Also, check back with CDL with all the latest news on Chris Hemsworth.

Looking for a new wife according to @womansdayaus and other misleading outlets! Honey you still love me right?! @elsapatakyconfidential #thanksfortheheadsup

If you’re in Melbourne check out @matcha_mylkbar, it’s one of the most amazing restaurants I’ve ever been to, healthy, innovative, creative, delicious, (insert superlatives) check it out!! @markfilippelli @liamhemsworth @australia @visitmelbourne

Dear Melbourne, thanks for the hospitality, you’re beautiful and amazing, just like this hot chick I’m hangin with, love u both @elsapatakyconfidential @seeaustralia #melbourne