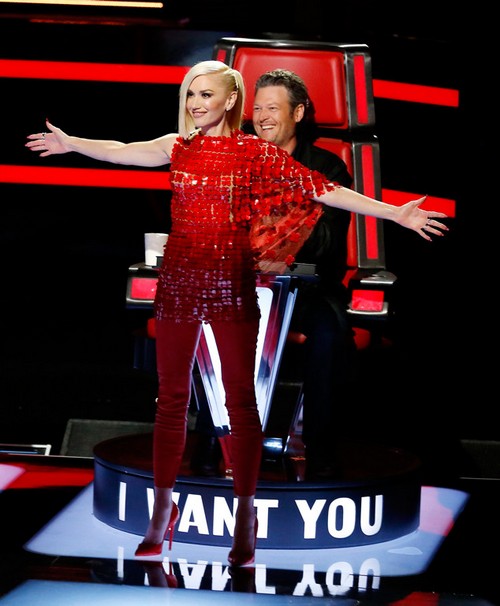 The Voice feud between Christina Aguilera and Blake Shelton’s girlfriend Gwen Stefani is getting downright nasty. As you all know, Gwen filled in for Christina for two seasons on the NBC singing competition.

Christina insisted on returning to the show and taking back her chair when Gwen’s popularity began to really take off with Voice fans – of course that had something to do with her blossoming relationship with co-star Blake Shelton.

Christina Aguilera anticipated a huge comeback on this season of The Voice, however she was furious when the producers kept Gwen Stefani on the show – and just moved her over to her boyfriend Blake Shelton’s team as an advisor.

Being the diva that she is, Christina is not happy about another woman stealing her thunder on the reality TV show. And, to make matters worse, Christina feels like she is getting shafted because Gwen and Blake are getting bonus checks for their romance on the show.

It’s not Christina’s fault she doesn’t have someone to make out with for extra cash while the cameras are rolling.

According to insiders, Christina Aguilera is playing dirty though. After some backhanded comments between the two girls about each others’ vocal skills – or lack thereof, Christina has devised the ultimate revenge plot.

An insider at the The Voice dished to CDL that Christina has reached out to one person who shares her hate for Blake and Gwen, Blake’s ex-wife Miranda Lambert! Apparently, Christina is trying to build a friendship with Miranda, and is rubbing it in her co-star’s faces.

She is even trying to convince her new BFF Miranda to sing a duet with her on this season of The Voice. Awkward!

Do you think Miranda Lambert would sink to Christina’s level and participate in her petty revenge plot on Blake and Gwen Stefani? Are you Team Christina or Team Gwen? Let us know what you think in the comments below and rush back to CDL for everything on The Voice!