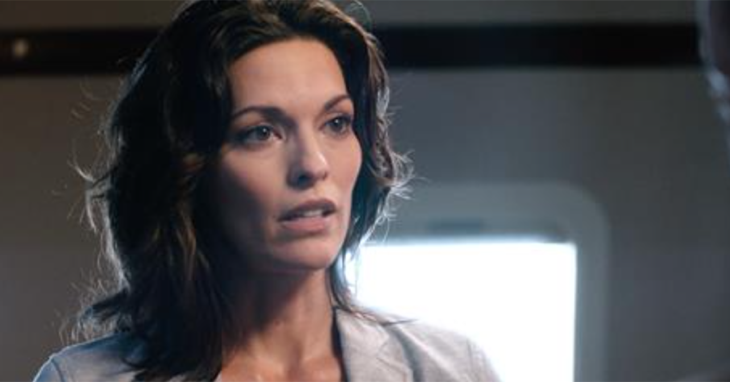 Tonight on CBS Criminal Minds: Beyond Borders continues with an all new Wednesday April 27, season 1 episode 8 called “De Los Inocentes,” and we have your weekly recap below. On tonight’s episode, a woman is murdered while vacationing in Mexico with her family, and the team investigates her husband as the prime suspect after he flees.

On the last episode, a retired couple from Idaho were kidnapped while visiting Morocco on a cruise, and the International Response Team traveled to Casablanca to find them. Did you watch the last episode? If you missed it, we have a full and detailed recap right here for you.

On tonight’s episode as per the CBS synopsis, “When a woman vacationing in Mexico with her family is the victim of foul play, the International Response Team investigates her husband as the prime suspect when he flees.”

Tonight’s episode looks like it is going it going to be great and you won’t want to miss it, so be sure to tune in for our live coverage of CBS’s Criminal Minds: Beyond Borders at 10:00 PM EST!

A family had decided to vacation this year in Puerto Del Santos, Mexico however there was an incident with the mother on tonight’s all new episode of “Criminal Minds: Beyond Borders”.

Apparently Jessica Wolf had gotten up in the middle of the night because she had heard noises, but it hadn’t been from either of her children. Or from her husband for that matter because he claimed to be asleep during the entire “incident”. So whoever had come up behind Jessica and forcibly removed her from the villa the family had rented was probably the same person that had stolen thousands of dollars of jewelry. And who was responsible for her later washing up on short about five miles south from the resort.

Only the International Response Team had been weary of that story and of the victim’s husband Daniel Wolf. Though Daniel swears he has an alibi. Daniel claimed to have slept through his wife’s abduction and initially that hadn’t made much sense. Jessica had clearly put up a fight before she had been taken out of the villa so she must have made a lot of noise. That the children would dismiss yet not a husband and a father. And so the IRT decided to look into Daniel and whether or not Daniel had a reason to hurt Jessica.

And it turns out he did. Monty had found out that Daniel’s company had been hemorrhaging money before he was ultimately forced to file for bankruptcy. So the fact his wife had filed for divorce before they left four Mexico could very well have ended up depleting Daniel of what little he managed to save. Yet, it surely didn’t hurt that Daniel had a million dollar life insurance policy out on his wife because that amount of cash would have ensured he solvency as well as grant him full custody of the couple’s two children.

But regardless of what the IRT believed going in, they would have at least given Daniel a fair chance before they openly accused of murder though it seems Chief Inspector Ruiz of the Mexican police couldn’t be bothered with due process. The inspector and her officers had trampled through the crime scene and had contaminated most of the evidence they found so the FBI had been upset about that. Only Ruiz hadn’t been done there. For she also told the IRT to their face that she didn’t want them in her city and that she knew without a doubt that Daniel killed his wife.

Ruiz pointed to the victim’s bed that showed someone had tried to clean up the blood because Jessica had actually been killed in her room. However, Garrett had talked to Daniel and he knew Daniel was capable of many things including lying. Only he didn’t think Daniel would murder his wife just a few feet from his children. So he wasn’t sold on the idea of Daniel being guilty, but Daniel made himself look bad when he suddenly disappeared.

Daniel had left his two kids behind while he met up with someone. So Monty had tracked him down using the cell phone he claimed to have lost and found him meeting up with his mistress. Or former mistress if Daniel was telling the truth. Apparently Jessica had found out about Daniel’s affair so that’s why she filed for divorce yet Daniel claimed he ended things with Laura Hayes in order to patch things up with Jessica. And that Laura had ruined his plans to do that by following them down to Mexico.

Which Laura later admitted she did do. But while she thinks that he killed his wife, he had gone to her to confront her because he thought she followed him to kill his wife. So the IRT worked up a profile of the two and they eventually agreed that they were both innocent. And that Daniel hadn’t heard his wife because he had been out of the room during the crime itself.

But Ruiz refused to dismiss the charges she had already brought up against Daniel and Laura. So she challenged the IRT into finding this supposed real UnSub because she thought they were just trying to protect the Americans before both Laura and Daniel were moved to general population. And so Garrett and his people didn’t have a lot of time to solve this case though they knew they had to act fast.

So Clara went back to Daniel and Jessica’s Ryan because the young boy admitted to waking up in the middle of the night and she asked him to go over what he thought he saw. Ryan had thought he saw his father, but he didn’t. He had instead seen a man over him holding a cross and that had given Clara an idea. Clara knew that the Mexican April Fool’s was coming up so that made her think of what the holiday was originally intended for. And that helped her figure out that the real UnSub hadn’t meant to kill Jessica, he had actually been going after eleven-year-old Ryan.

The holiday it seems had been known as the Day of the Innocents. Which was supposed to mark the day King Herod had massacred every male child under the age of two in order to stop the coming messiah he believed would take his throne. So Clara had realized that the UnSub was killing boys as well as a way to mark an event in his own life.

And what’s they knew that, they found Rafael Acosta. Rafael had had a son that he had been playing with another little boy when the roof of the church collapsed and Rafael’s son died while the other boy miraculously survived. So Rafael had felt cheated by what happened and he had gone on to attack boys fitting the description of that miracle child and that’s why he had targeted Ryan. Only Ryan’s mother had caught Rafael before he could touch her son so she had tried to fight him off.

Yet, just as they realized who Rafael was, they then learned that he had been a security guard at the hotel and that Ruiz had been about to put him in charge of transporting Ryan and his sister to the airport. So the IRT had called Ruiz and they had tried to warn her however Rafael had killed her before she could pull her gun. And he would have gone on to finally kill Ryan as well if Clara hadn’t been quick to the scene.

Clara managed to talk Rafael down by mentioning how god also took her husband. Almost to say as if she understood his pain. So she saved Ryan’s life by revealing so much of herself and she got Rafael to peacefully put down his weapon. Which doesn’t happen very often on this show.