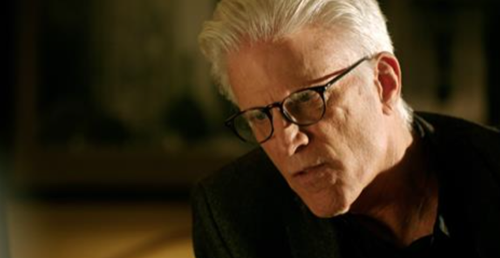 Tonight on CBS CSI: Cyber returns with an all new Sunday January 31, season 2 episode 12 called, “Going Viral” and we have your weekly recap below. On tonight’s episode, an airborne computer virus in New York City jams cell phones when callers dial 911.

On the last episode, the team investigated what appears to be a hack into air traffic control’s communication system, but a greater threat emerged when a flight vanished into thin air, and the team was drawn into the world’s first case of cyber-hijacking. Did you watch the last episode? If you missed it, we have a full and detailed recap right here for you.

On tonight’s episode as per the CBS synopsis, “an airborne computer virus in New York City jams cell phones when callers dial 911. Meanwhile, D.B. meets a woman after responding to a mistaken text sent by her.”

Tonight’s season 2 episode 12 looks like it is going to be great and you won’t want to miss it, so be sure to tune in for our live coverage of CBS’s CSI: Cyber at 10:00 PM EST! While you wait for our recap hit the comments and let us know how excited you are so far with this season.

Tonight’s episode of CSI Cyber kicks off with a man eerily walking through his house and stepping over his mother’s dead body to pour himself a bowl of cornflakes. It looks like both his mother and his father’s throats were slit. His father’s dead body is still sitting at the breakfast table with him. Meanwhile outside, a frantic woman is on the phone with 911 and trying to flag down a taxi – she is only 5 months pregnant and experiencing labor pains, her call drops. Down the street another man is calling 911, his wife appears to have collapsed and is having a heart attack – but the line has dropped. At a construction site there is a building collapse, they can’t get a hold of 911 either.

At the station, Avery is getting briefed on the 911 situation by a man in charge named Clayton. They have received several complaints that nobody can get through to the emergency dispatch line in the city. Avery thinks it may be a mechanical function – but the dispatcher in charge insists that they have been hacked. Anyone who calls in from a landline gets through just fine. Krumitz briefs DB and Avery – they inspected the 911 database and there doesn’t appear to be any signs of a hacking They think it may be the cell phone carriers that have been hacked.

Mundo heads to the construction site and asks the foreman if he can take his phone to investigate. He hands the phone over – but he is not happy. The foreman reveals that three of his men died that morning because he couldn’t get an ambulance out there fast enough. After analyzing the phone, Krummy and Nelson determine that there was malware on the foreman’s phone – they think it came from a router near the construction site.

Krummy and Nelson head down to the construction site with Mundo to look for the router – they realize that it is free WIFI from the city’s buses. They call Avery and DB and they rush down there to get the router off the bus. After careful investigation Krummy and Nelson have bad news – the virus is airborne and it jumps from one router to the next Whenever the bus drove past an unsecure WIFI, it passed on the malware that shuts down 911 calls. And anyone whose phone connected to an infected WIFI, got the disease. Avery announces that they have an official outbreak on their hands, and they need to find patient zero.

The cyber team gets to work shutting down the routers on the bus and they are sending out warnings to passengers not to use public wifi. Avery reassures the mayor that she doesn’t think it is a terrorist – she thinks its probably a male, who is on a power trip, and trying to cripple the city. The mayor shuts the door, and says they need to talk about Brody Nelson – he doesn’t want him working on the case in NYC, Brody’s previous crimes hacking the stock market nearly destroyed his term as mayor And, he thinks Brody knows where the missing $8 Million is. Avery shouts that if Brody isn’t allowed on the case, then she isn’t working for it either.

Meanwhile, Nelson makes a disturbing discovery. Every time someone called 911 – their calls were recorded and the hacker is listening to all of them Apparently, he gets off on listening to helpless people cry for help. Meanwhile, the creepy dude from the beginning of the episode that is living with his dead parents is the hacker – and he is sitting at home listening to the recordings. DB tells Brody to analyze the autotune on the recorder so they can get the hacker’s real voice. DB tells them to run the voice with the national database from call centers – they get a match to Leo Finch.

Avery says Mundo and his team to Leo Finch’s last known address, they kick in the door and find Leo’s dead mother lying on the floor with her throat slit.

Mundo and Avery search the house and there is no sign of Leo anywhere, they do find a phone in Leo’s dead mother’s hand. Avery tells Krummy to scan the phone and see if it has been infected with the virus – it does. So, she never got through to 911. They find a basement apartment in the house – it looks like that is where Leo was running the malware site from. They find Leo’s laptop and it has over 200 recordings of the 911 calls. Avery thinks it is strange that he livs in a cheap apartment and has such expensive computer equipment and a $50,000 violin.

Meanwhile back at headquarters DB learns that the virus has spread throughout the tri-state area and is now in Connecticut and New Jersey. Nelson is frantically trying to create a code to counteract the malware, but once it is done there is no way to send it out to everyone’s phones without violating federal regulations. DB tells Nelson to hack the Amber Alert text system and send out the code that way – he promises Nelson that he will take full responsibility.

Avery and Krummy listen to some of the 911 recordings on his laptop – they realize that some of the are from 2 years ago, and he has been reenacting them. He strangled the couple upstairs, just like his favorite 911 call from two years ago And, they think that he may have tampered with the equipment at the construction site earlier that morning. They realize that the next 911 call that Leo will be reenacting will be at 8:53 at night, and he will be stabbing a kid’s father right in front of him in an alley after a sports game. They don’t have a whole lot to go on – but they get to work trying to prevent the murder.

Nelson has gotten all of the anecdotes set up to go out in Amber Alerts – the mayor throws a fit and doesn’t want any codes written by Brody Nelson to go out to the people until they have had it checked by a security team. Avery threatens to go over the mayor’s head – he caves and lets them send out the code. They also text photos of Leo out to everyone in New York’s phones to be on the lookout.

The CSI Cyber teams’ plan backfires though because Leo gets the Amber Alert and he starts texting in fake sightings of himself all over town. They narrow down the reports and realize that most of them are coming from Brooklyn. There are two sporting events in Brooklyn right now – they realize that Leo Finsh is heading to the hockey game to find his victim. Mundo gets the police together and they rush to the address of the game to shut down the streets and keep everyone out of the alleys.

Mundo and the NYPD find Leo walking through the street in the pouring rain and carrying a knife. Mundo pulls a gun on Leo and orders him to drop the knife – Leo refuses. Avery has one of the cops play one of Leo’s 911 recordings over the PA system. When Leo hears it he drops to the ground, then he raises his knife and once of the officers shoots him.

Avery and rummy return to the office and congratulate Nelson on the anecdote code – they find him looking at old articles from when he was arrested for hacking the stock exchange. Avery tries to reassure him that it was “old news” and he needs to let it go, he should be very proud of himself because he is now a hero.