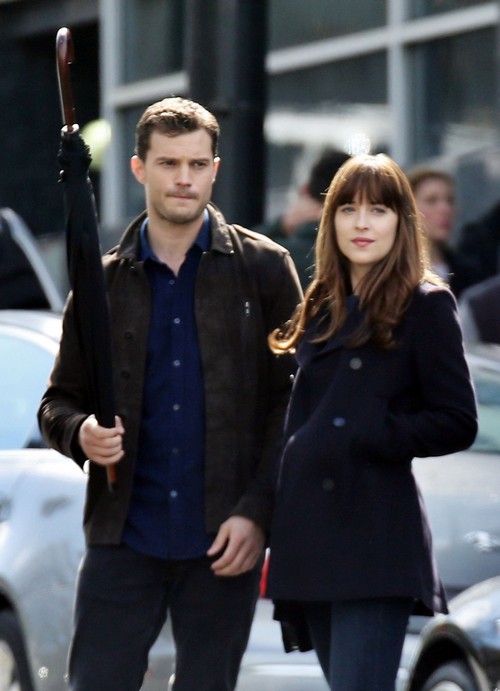 OK! magazine reports that Dakota has wanted nothing to do with Antonio since he dumped Melanie in 2014 and took up with a much younger woman. Nicole Kempel, a Dutch investment banker 22 years younger, is the current girlfriend of the 58-year-old Spanish born actor.

A friend divulged that Dakota thinks Antonio “is a selfish old man trying to recapture his youth.” Johnson worries about Melanie all the time because mom’s self-esteem is non-existent. Allegedly Melanie is not sleeping or eating and has fallen into a deep depression.

Melanie Griffith puts on a happy face and tells everyone she is enjoying being single and dating again. But Griffith’s friends and Dakota think otherwise. Many years ago, after struggling with drug and alcohol addiction, Melanie admitted that when she isn’t with someone she is very unhappy. It could be that Melanie is falling back into old habits.

Recently Antonio attended a press event in Mexico City honoring Sarah Ferguson. Banderas and Ferguson were flirting up a storm, touching, hugging and smiling at each other through the entire event. This must have made Dakota even angrier, such public near PDA with the Sarah Ferguson.

Dakota needs to stop worrying about Melanie so much because it seems to be distracting her during filming of ‘Fifty Shades Darker.’ Producers of the second movie in the ‘Fifty Shades’ trilogy have been frustrated with the lack of chemistry between Dakota and co-star Jamie Dornan.

Jamie was the one allegedly blamed for not being in sync with Dakota but it could very well have been the actress’s fault if she’s spending all day worried that her mother is severely depressed, not eating and not sleeping.

If Melanie Griffith is still deeply depressed about the divorce from Antonio Banderas nearly two years after the couple split perhaps it’s time for Griffith to seek professional counseling. It isn’t Dakota Johnson’s job to endlessly worry about her mother.

Antonio Banderas has moved on, now it’s time for Melanie to do the same thing. And time for Dakota Johnson to stop blaming her former stepfather for all Melanie’s problems.