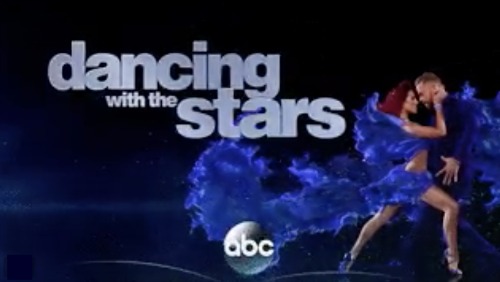 Dancing With The Stars 2016 spoilers tease that ABC will release the official Season 23 cast list on Good Morning America on Tuesday, August 30. It seems like just yesterday Peta Murgatroyd and Nyle DiMarco were dancing their way across the DWTS stage and winning the Season 22 Mirror Ball Trophy, but its already time for a new crop of celebs to take the stage and show off their cha-cha skills!

Dancing With The Stars cast rumors have been taking the internet by storm this month. There are a ton of celebs who might be competing, and a few pretty solid “rumors.” Although ABC doesn’t actually confirm any casting news until the official Good Morning America announcement, word on the internet is that the following celebs could be competing on Season 23: Ryan Lochte (Olympic swimmer), Laurie Hernandez (Olympic gymnast), Amber Rose (TV personality), Calvin Johnson (NFL player), Vanilla Ice (Rapper), Maureen McCormick (Actress, Brady Bunch), and MORE!

Not only does it look like Season 23 might have one of the most entertaining cast of celeb dancers yet, they have a pretty impressive line-up of pro dancers as well. Dancing With The Stars spoilers tease that some fan favorites will be returning for the Fall 2016 season, after taking some time off. Maksim Chmerkovskiy, Cheryl Burke, and Julianne Hough (who was previously a judge) will all be competing in Season 23. Plus, Derek Hough announced this week that he will be returning, after all, he originally planned on taking the season off, but due to scheduling changes, he is now available to compete as well!

The official Dancing With The Stars 2016 cast list will be announced on ABC’s Good Morning America on Tuesday, August 30, GMA is on from 7:00 – 9:00 AM, so be sure to tune in! As soon as the Season 23 cast and their partners are announced, we will be listing them right here, so don’t forget to check back for all of the details!