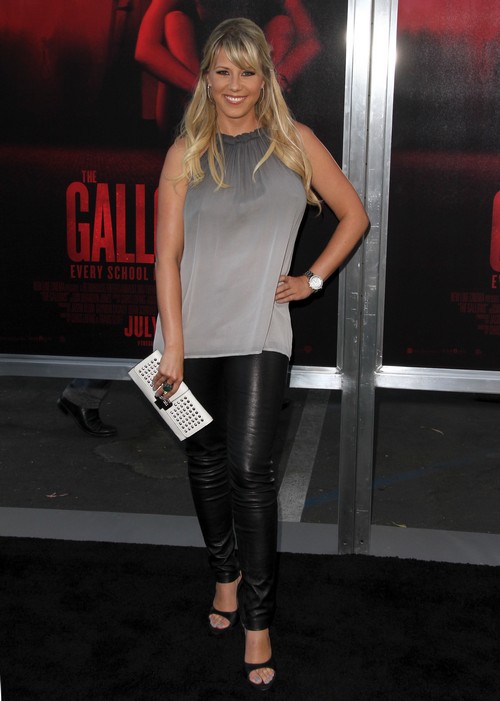 Dancing With The Stars 2016 spoilers revealed the first official cast member of DWTS Season 22 today. This morning on ABC’s ‘Good Morning America’ it was revealed that ‘Full House’ – now ‘Fuller House’ – star Jodie Sweetin would be competing on the dance competition.

Rumors had been floating around for a few months now that the 90’s sitcom star had been recruited by ABC for Season 22, and now we can officially confirm the news!

If you watched ‘Full House’ then you are well aware that Jodie’s character Stephanie was a dancer – and Sweetin had some pretty sweet movies. And, if you are like us and binge-watched every episode of the Netflix revival ‘Fuller House’ in one weekend, then you most likely had an inkling that Jodie Sweetin would be a part of Dancing With The Stars 2016.

In one episode of the Netflix show, DWTS pros Maksim Chmerkovskiy and Val Chmerkovskiy appeared and they had a pretty intense dance battle with Sweetin and her co-star and former DWTS contestant Candace Cameron Bure.

Dancing With The Stars 2016 spoilers tease that Jodie won’t be dancing with Maks or Val on Season 22 – her pro dance partner is actually Keo Motsepe. Keo has been a part of Dancing With The Stars for three seasons now, but he isn’t very well-known among fans because he never seems to get past 10th place.

Motsepe has been paired up with some less than stellar dancers in the past (like Chaka Khan and Lolo Jones), this season he definitely has a chance to get past 10th place – and possibly even take home the Mirror Ball Trophy, seeing as how Sweetin has a ton of fans AND a ton of dance experience.

So DWTS fans, are you as excited as we are to welcome Jodie Sweetin to the Season 22 cast? Do you think she and Keo Motsepe have a good chance of winning this season? Come back to CDL for all of your Dancing With The Stars news!