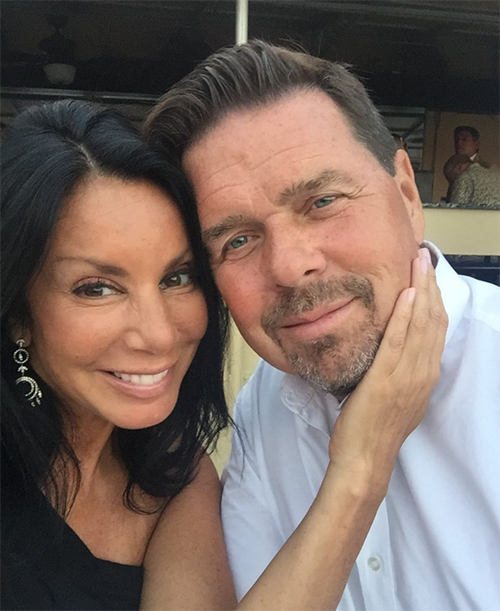 Teresa Giudice would love to have Danielle Staub come back to ‘The Real Housewives of New Jersey’ season 9. But, not so fast, Danielle’s former fiancé, Joe Masalta, says Danielle’s return could be dangerous not only for Teresa but also for ‘RHONJ’ cast member Jacqueline Laurita.

Joe had a lot to say in an exclusive interview with Real Mr. Housewife. After the interview was published, Joe tweeted the link directly to Teresa and Danielle. We predict this latest development has the possibility to get ugly very quickly. Danielle has a temper and has engaged in Twitter feuds with her haters many times.

What did Joe Masalta have to say about Danielle Staub and why the former ‘RHONJ’ star’s return could be dangerous for Teresa Giudice? Joe insists Danielle had a hit list of sorts and this list consisted of people Danielle “wanted physical harm/death to come to.”

In the interview, Joe Masalta shared some of the names on the list: former friend Jacqueline Laurita, former ‘RHONJ’ cast member Caroline Manzo and, of course, Teresa. Joe claims Danielle was obsessed with ‘The Real Housewives of New Jersey’ after Bravo dumped her following season 2.

Teresa recently had a little chat with fans on Twitter. One of the questions asked – would Teresa want Danielle returning to ‘RHONJ.’ Teresa answered no problem, it might be fun to have Danielle back in the mix. Danielle thanked Teresa and then retweeted the social media exchange to Bravo.

It’s no secret Danielle and Teresa had a volatile relationship. Hello, ‘The Real Housewives of New Jersey’ season 1 – prostitution whore, engaged 19 times table flip? During season 2 of ‘RHONJ,’ Danielle had a buddy to whom she alluded might be a mobster of some sort and there was buzz that Danielle wanted to hurt Teresa, Jacqueline, Caroline, and Dina Manzo.

Even after Bravo showed Danielle to the curb, the former stripper kept battling with the ‘RHONJ’ cast members on Twitter. The battle between Jacqueline and Danielle seemed never-ending, as did the feud between Danielle and Dina.

Would Teresa and the rest of the cast of ‘The Real Housewives of New Jersey’ really be in danger if Danielle Staub returned for season 9? Fans have been petitioning Bravo for years: they want Danielle back. Viewers are tired of the same old fights between Teresa Giudice and Melissa Gorga, not to mention the constant bickering with Jacqueline.

If Bravo were to bring her back as a full-time ‘RHONJ,’ there obviously would be screaming matches with Teresa, Melissa, and Jacqueline. That’s what brings the drama.

But would Danielle actually do physical harm to any of the ladies? Let’s face it, Danielle needs the cash and she’s not going to give any one a beat down or order a hit either. Not if she wants to remain a ‘RHONJ.’

Saturday in The #Fcove it’s a #jersey shore thing pic.twitter.com/zumpGoHQGV