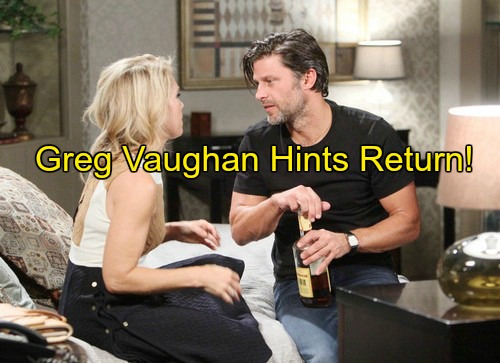 “Days of Our Lives” spoilers reveal that Eric (Greg Vaughan) will soon leave behind his loved ones and head to prison on this week’s episodes. After receiving a sentence of five years, Eric will head to prison on April 15.

In an exit interview with Soap Opera Digest, Greg Vaughan opened up on his time at DOOL and the possibility of Eric’s return.

Many “Days” fans were fervent supporters of an Eric and Nicole (Arianne Zucker) pairing. There was some great chemistry there, but DOOL writers constantly pulled them apart. Vaughan agreed that love story could’ve been explored much more. “I think that Eric and Nicole had tremendous and honest potential,” said Vaughan.

Of course, Eric has recently been growing closer to Jennifer (Melissa Reeves). “Days of Our Lives” viewers have been somewhat divided on this pairing. Some seem to think they’re a bit of a mismatch. Others think of them as a sexy oddity. 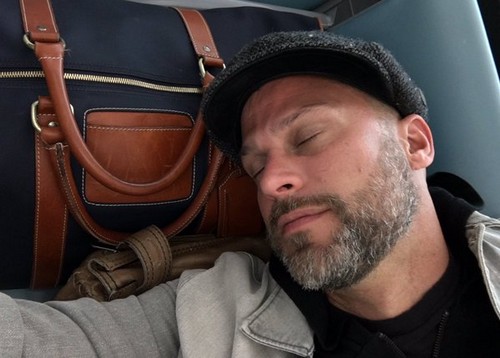 In the end, it doesn’t really matter since Eric won’t be in the picture much longer. Still, Vaughan thought this budding romance would’ve been intriguing. “I loved the direction of where it was going for the characters’ sake and to have that significant other to be there for each other in a time of need,” noted Vaughan.

When asked about his last scenes on Days of Our Lives, Vaughan hinted that we’ll need our tissue boxes. There’s obviously some very emotional material coming up. “Those final eight minutes on camera were so great to me, and that’s the way I wanted to leave it,” said Vaughan. “There wasn’t a dry eye on set then or after I gave a speech.”

Vaughan indicated that he was incredibly grateful for his years at “Days of Our Lives.” It seems Vaughan viewed the cast and crew as a second family. As for the future, could a return happen down the road?

“There’s been some discussion,” admitted Vaughan. That sounds like a good sign! We’ll give you updates if we hear anything else about a potential comeback for Eric.

So “Days” fans, what do you think about the news that Eric is headed to prison this week? Will you miss seeing Greg Vaughan on your screen? Do you believe Vaughan might reprise his role someday?