Days of Our Lives (DOOL) Spoilers: James Read Returns, Clyde Weston Back in Salem to Shake Things Up! 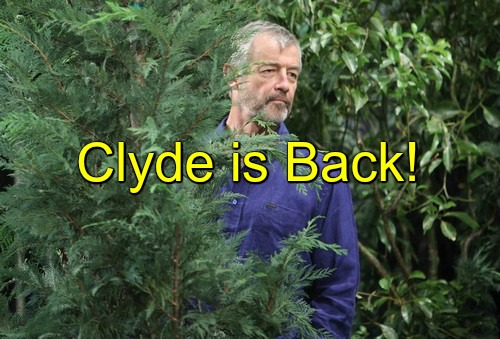 “Days of Our Lives” spoilers reveal that a Clyde Weston (James Read) return is on the way. During Brandon Beemer’s (Shawn) last day of filming, he took a few pictures on set and posted them to Snapchat. In one shot, Beemer is goofing around with Eric Martsolf (Brady) and a monitor can be seen in the background. Guess who’s on that monitor?

It’s none other than the ruthless Clyde Weston!

If you’re skeptical about the fuzzy image, Jason47’s “Days” website confirmed that it’s indeed James Read in the photo. Now we can start speculating on Clyde’s upcoming storyline. DOOL viewers know that Aiden’s (Daniel Cosgrove) evidence was enough to send Clyde to prison.

It appears Clyde is still there based on the clothes he’s wearing in the pic. 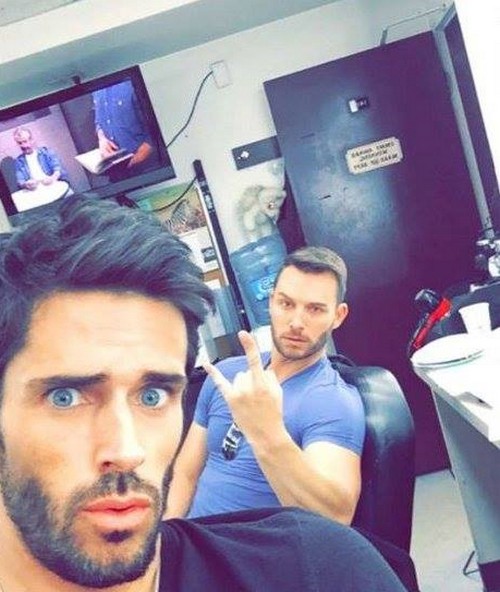 It’s possible that Clyde’s return will simply be a brief stint from the slammer, but that would be a huge waste. Clyde has plenty of unfinished business left in Salem. From Sonny’s (Freddie Smith) stabbing to EJ’s (James Scott) murder, several secrets have been swept under the rug.

Of course, we can’t forget about all of the threats Clyde tossed around. Aiden was pretty shaken up after Clyde attacked him, but he somehow found the courage to turn him in anyway. Since Aiden is also returning to “Days of Our Lives,” could the two cross paths at some point?

It seems we’ll just have to see if the timing works out.

Aiden’s return is coming up soon, but Clyde probably won’t air until September or October. If Aiden is still around by then and Clyde is on the loose, you can bet that payback will be on the hillbilly drug lord’s mind.

It’s possible that we could see some sort of revenge scheme against Chad (Billy Flynn) and Abigail (Kate Mansi) as well. After all, Abigail is about to set Ben (Robert Scott Wilson) on fire.

An Abigail recast is expected to begin taping at the end of April, which would put the character back on canvas just a few weeks after this spoiled Clyde appearance.

Whatever happens, we’re grateful for Beemer’s accidental parting gift. Since it was Beemer’s last day on set, his little mistake won’t get him in trouble. It’s not like they can fire Beemer over it!

DOOL spoilers indicate that even more returns will be announced (or leaked) in the near future. We’ll give you updates as new information comes in. Stick with “Days of Our Lives” to watch Clyde make his comeback.

So “Days” fans, what do you think about the news that James Read will be returning as Clyde? Are you looking forward to it? What will Clyde be up to? Voice your opinion in the comments below and don’t forget to check CDL often for the latest “Days of Our Lives” spoilers, updates and news.