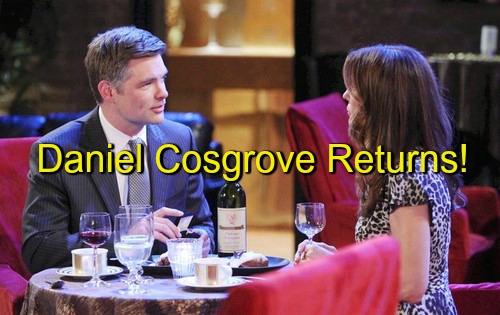 “Days of Our Lives” (DOOL) spoilers reveal that another big return is in the works. Jason47’s “Days” website is reporting that Daniel Cosgrove will be making some appearances as Aiden Jennings. DOOL viewers will remember that Aiden took a dark turn when he tried to kill Hope (Kristian Alfonso). Aiden was eventually killed by Bo (Peter Reckell) and he hasn’t been mentioned much since then.

Nevertheless, Cosgrove has a passionate fan base that’s been calling for Aiden’s comeback and they’re going to get their wish. Now it’s just a matter of how it will fit in. “Days of Our Lives” buzz started heating up when Cosgrove was listed on IMDb for the episode airing May 31. We now have confirmation that Cosgrove’s return will be for more than one day.

It seems likely that Aiden will appear in a short story arc. It’s possible that Aiden will pop up in flashback form. After all, we still have a lot to explore as far as Chase (Jonathon McClendon) is concerned. Many “Days of Our Lives” fans don’t believe Chase truly killed his mother as Aiden claimed. Chase thinks his mom committed suicide, but we might see him recall that Aiden actually did the deed.

Next, there’s the possibility that Aiden was swapped with an evil lookalike at some point. The real one could’ve been held hostage by the DiMeras while a doppelganger wreaked havoc. This scenario may not be likely unless Cosgrove is back for good, but it’s still something to consider. It would give Aiden a chance at redemption. 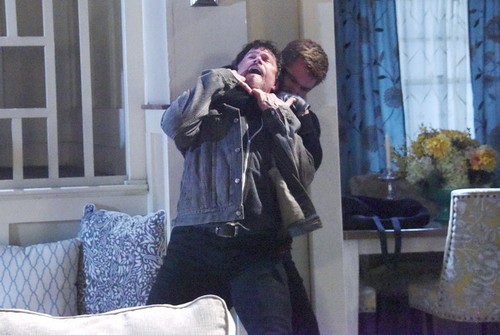 However, there’s another option that could include several DOOL characters. We know that Ben (Robert Scott Wilson), Jack (Matthew Ashford) and Stefano (Joseph Mascolo) will all be making appearances down the road. We also know that a huge CDC storyline is coming up.

What if there’s some sort of contamination or spreading virus that causes Salemites to hallucinate? It might be a way to explain imprisoned or dead characters essentially haunting the people they were once close to. Things could get pretty crazy!

Of course, Aiden might just appear as a ghost to guide Chase in the future. Since Chase is about to head down a dangerous path, Aiden might show up to urge his son not to follow in his footsteps. Whatever happens, it sounds like some interesting scenes are in the works. Stick with CDL for updates on the details of Cosgrove’s return.

So “Days” fans, what do you think about the news that Daniel Cosgrove will be back as Aiden? What kind of storyline do you expect? Voice your opinion in the comments below and don’t forget to check CDL often for the latest “Days of Our Lives” spoilers, updates and news.