Days of Our Lives Spoilers: Freddie Smith Back as Sonny – Spotted With Script in Pic on DOOL Set? 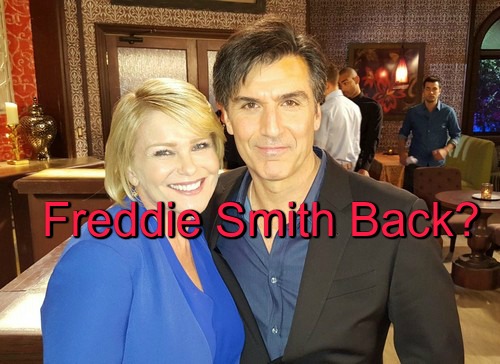 “Days of Our Lives” spoilers reveal that another return may be on the way and this one is a biggie. Vincent Irizarry (Deimos) recently tweeted a picture with Judi Evans (Adrienne), but DOOL fans are buzzing about the person they spotted in the background. It appears Freddie Smith (Sonny) is lurking on set. Many “Days” viewers are hoping that means Sonny is headed back to Salem.

Of course, we should point out that Irizarry denied it was Smith. As soon as Irizarry posted the pic, Twitter blew up and he received a bunch of messages about the Smith sighting. Irizarry claims it’s a stagehand who happens to be a Sonny lookalike. Hmm…we’re not buying it. Irizarry also says that the “stagehand” is holding a prop, but it resembles a script. 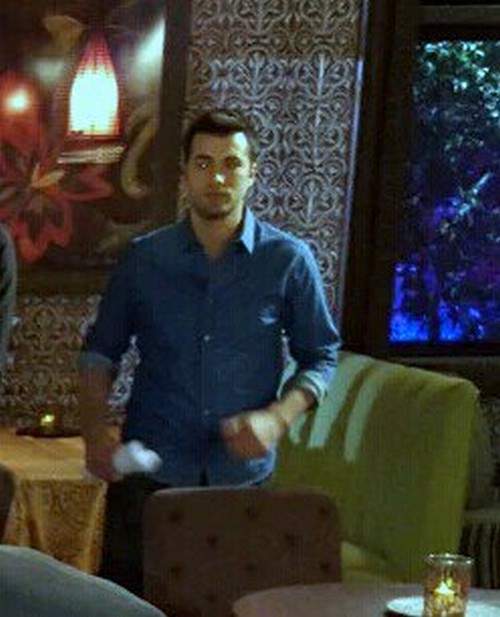 Most of the time, “Days of Our Lives” keeps cast members tight-lipped when it comes to posting any potential spoilers. However, there are inevitably going to be blunders every now and then. Once that happens, DOOL stars usually go into denial mode. Whenever info leaks, the lies start coming.

We all remember when the buzz began about Will (Guy Wilson) being killed off. In response, Wilson tweeted a fan that he wasn’t going anywhere. Will turned up dead a few months later. In other words, actors sometimes fib a little to preserve the surprise.

Bottom line, we should probably expect a return announcement eventually. If the guy in the pic is really a stagehand, then someone please go ahead and cast him as Sonny’s replacement. He’s clearly missed his calling. Otherwise, Sonny will likely pop up this summer due to the show’s taping schedule.

As a side note, there’s also a blond man who has his face turned in Irizarry’s pic. Some DOOL viewers are wondering if it might be Chandler Massey back in the role of Will. The character died, but there’s surely a soapy explanation that would fix that. It’s too early to call that one, but we’ll stand by the idea that Sonny is coming home soon. Stick with “Days of Our Lives” for updates on this probable return.

So “Days” fans, what do you think about the news that Freddie Smith could be back as Sonny? Do you buy that DOOL has a lookalike stagehand or is that just a lie Irizarry cooked up to cover his gaffe? Voice your opinion in the comments below and don’t forget to check CDL often for the latest “Days of Our Lives” spoilers, updates and news.