‘Days of Our Lives’ Spoilers: Nicole Tells Stunned Deimos Chloe’s Baby Is His – Awful Chloe Shocker On The Way 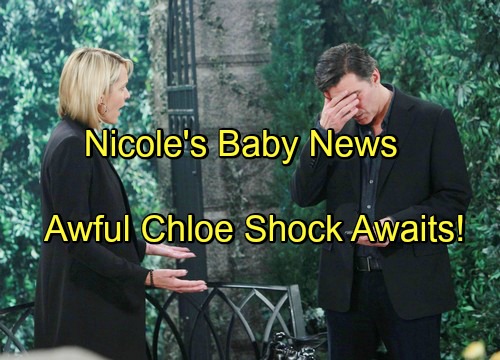 Days of Our Lives (DOOL) spoilers tease that Deimos (Vincent Irizarry) and Nicole’s (Arianne Zucker) relationship could hit a snag. They’re keeping a few secrets and some of them are about to come to light. When Nicole realized Chloe (Nadia Bjorlin) was carrying Deimos’ baby, she urged her friend to come clean. Unfortunately, Chloe just wasn’t willing to do that.

As a result, Nicole agreed to keep the secret. She loves Deimos, but she also knows that he has a dangerous past. Deimos hasn’t had enough time to prove he’s truly changed. It’s natural for Chloe to have some concerns. After all, she hasn’t known Deimos that long and he lied to her when they first met. 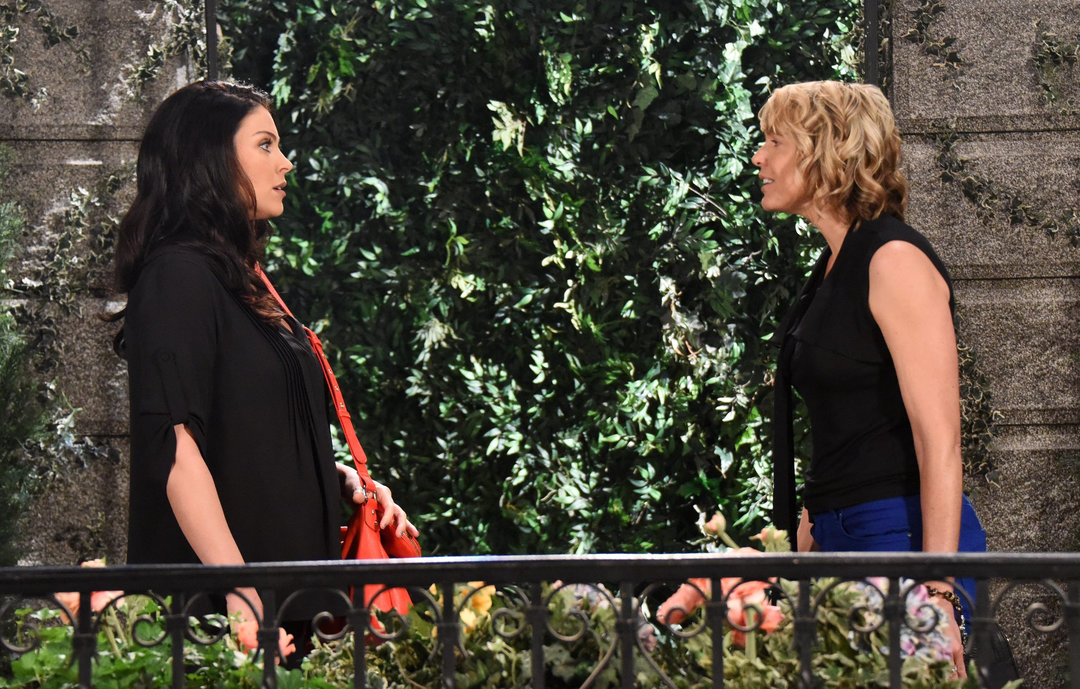 Of course, DOOL seems to have thrown a twist at us. The paternity test showed that Deimos wasn’t the father of this baby. Chloe appeared to have a realization about the truth, but she headed out of town without telling anyone.

Since Nicole isn’t aware of Chloe’s new secret, she still believes she’s keeping Deimos from his child. He’s been having trouble coping with the news that he’s not going to be a dad. Days of Our Lives spoilers say Nicole will call Chloe and insist that she just can’t do this anymore. Nicole will want to come clean to Deimos as soon as possible.

Chloe will protest, but Nicole will be committed to spilling everything. Days spoilers indicate that Nicole will eventually make a confession to Deimos. She’ll admit that Chloe is expecting his child. Deimos will undoubtedly be angry and hurt by Nicole’s updates. He’ll feel like Nicole betrayed his trust.

Nicole will likely point out that she felt backed into a corner. She knew it was wrong to lie, but she didn’t want to go against Chloe’s wishes. Deimos will wonder why both women were so quick to dismiss his feelings about this. He’ll probably be determined to sort this mess out and claim his son or daughter.

Since Chloe might be having someone else’s baby, things could get interesting. Nicole and Deimos could be in for a shock. In fact, there should be plenty of stunning moments down the road. Deimos just helped Xander (Paul Telfer) get away and suggested that he had big plans for him. 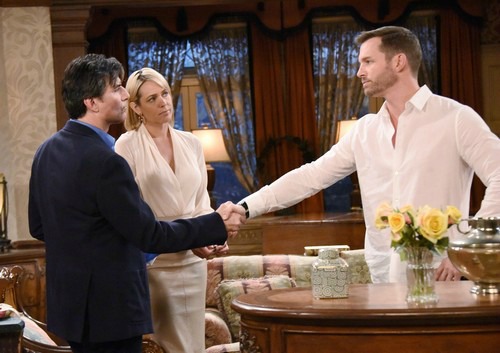 Xander will be flying under the radar in Greece and that was apparently his last Days of Our Lives airdate for a while. However, it’s nice that they left Xander’s exit open for a return one day. Deimos and Xander could be a dynamic duo if the storyline calls for it.

Deimos isn’t quite as dark as he used to be, but it’s clear that he’s still a little shady. If Nicole continues to cross Deimos, he could easily revert to the completely menacing man he was before. For now, Deimos and Nicole will try to work through their issues. There’s a lot of love between them.

It sounds like Nicole and Deimos will really make an effort to overcome the obstacles. We’ll keep you posted on the twists and turns ahead. Days fans won’t want to miss what’s in store. Stay tuned to DOOL and don’t forget to check CDL often for the latest Days of Our Lives spoilers, updates and news.

#DAYS actress, Patricia Barry, has passed away at the age of 93. Our hearts are with her family. https://t.co/s7xiquMQxS