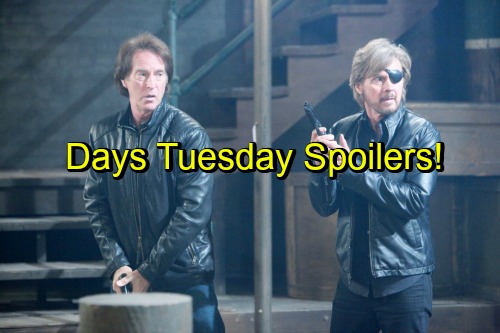 Days of Our Lives (DOOL) spoilers for Tuesday, November 1, tease that Marlena (Deidre Hall) and Kayla (Mary Beth Evans) will try to stay strong when things look grim. Orpheus (George DelHoyo) just shoved them in some coffins and nailed the lids shut. He’s determined to get revenge once and for all.

Orpheus claimed he made sure that John (Drake Hogestyn) and Steve (Stephen Nichols) would never locate them. However, it seems Orpheus is underestimating his foes. He should know by now that Steve and John will do whatever it takes to get their loves back. If there’s a way, they’ll find it.

John and Steve haven’t managed to track down Orpheus’ lair yet, but Days spoilers say they’re about to get a surprising tip. Andre (Thaao Penghlis) will lead them in the right direction. His clue should help them figure out where Orpheus is hiding his prisoners. 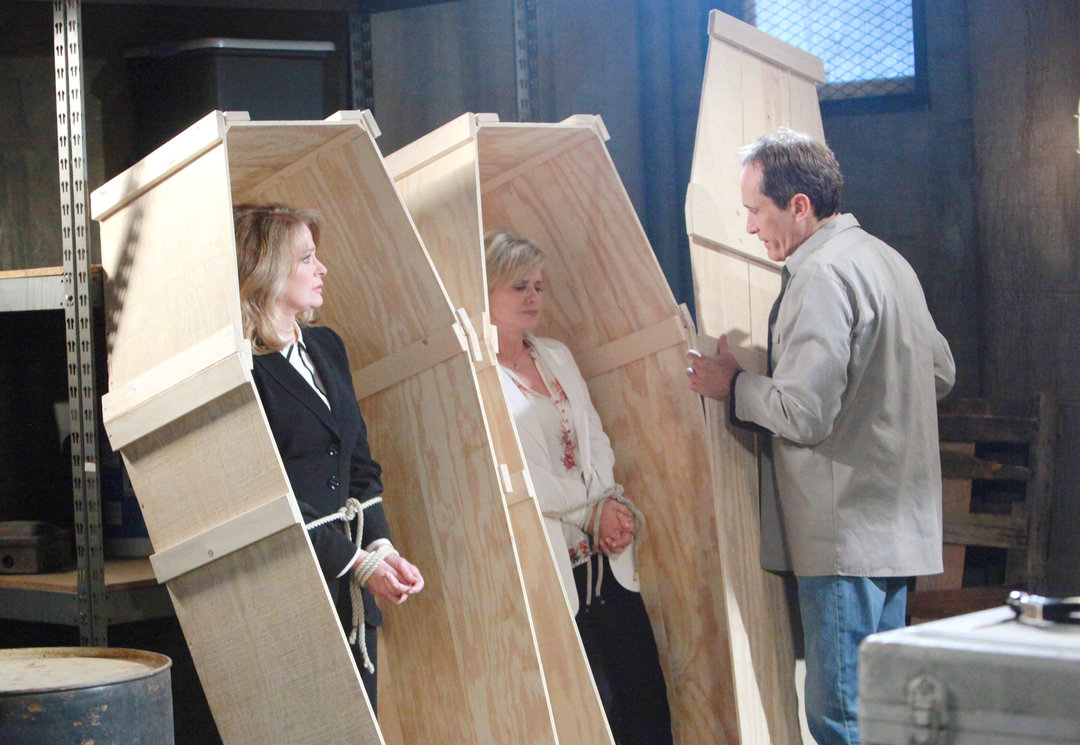 It’s not clear how Andre knows info related to this case, but it doesn’t matter. The point is Steve and John will be able to find Kayla and Marlena. Of course, Orpheus will wreak a little more havoc first. DOOL spoilers state that Orpheus will drench the ladies’ coffins in gasoline and light them on fire.

John and Steve will likely find a fiery scene when they arrive, but they’ll get Marlena and Kayla out of danger pretty soon. In the meantime, Paul (Christopher Sean) may also find himself dealing with a dangerous situation. Days spoilers reveal that Paul will rush over to Sonny (Freddie Smith) and ask for his assistance with an emergency.

Sonny’s feelings for Paul are growing stronger, but he thinks he missed his chance. Nevertheless, his heroic behavior could ease any lingering tension. Later, Paul and Derrick (Spencer Neville) will ask Sonny to join them for a night out. 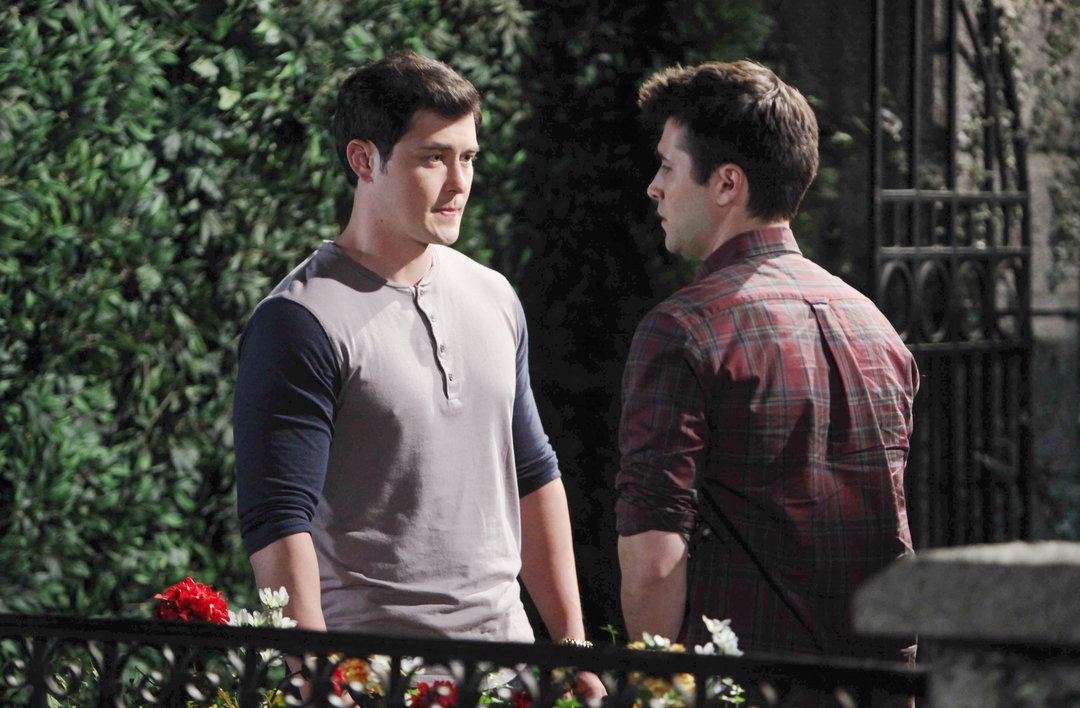 The suggestion may make Sonny a bit uncomfortable. He may not want to interfere in Derrick and Paul’s relationship. They’ll offer reassurance, but it could be awkward for everyone involved. After all, Paul still cares about Sonny. Derrick might pick up on that and this love triangle could get messy.

Whatever happens, you can bet that Derrick won’t remain in the picture forever. Days of Our Lives spoilers hint that Paul and Sonny will start to reconnect eventually. Stay tuned to see what’s in store for these struggling exes. 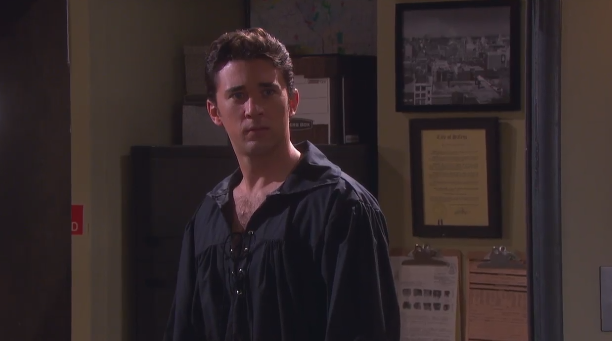 Other Days of Our Lives spoilers indicate that Hope (Kristian Alfonso) will have some explaining to do. Chad (Billy Flynn) walked in and heard Hope confess to Stefano’s (Joseph Mascolo) murder. Now he’s ready for answers.

Chad will try to determine why Hope would ruthlessly gun down his father. The news will stir up all of Chad’s anger and grief over Stefano’s passing. Hope will want Chad to understand that she’s sorry for causing him any pain. She was convinced that Stefano was involved in Bo’s (Peter Reckell) kidnapping.

That may not give Chad much comfort since Stefano wasn’t even guilty of the crime. It sounds like Hope should get used to the backlash. She can expect more soon. We’ll give you updates as other details emerge. Stick with DOOL and don’t forget to check CDL often for the latest Days of Our Lives spoilers, updates and news.

This week on #DAYS, a shocking confession and a madman’s final act of revenge heat things up in Salem. pic.twitter.com/rvvT26pGBA