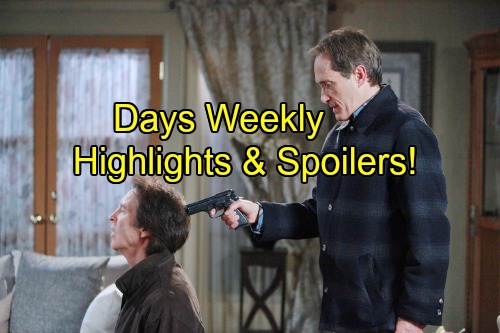 Days of Our Lives (DOOL) spoilers for this week’s new episodes of October 17 to October 21 tease that Orpheus (George DelHoyo) will plant a bomb in the Brady pub. He’ll attach it to the bottom of a table and wait for the fun to begin. Orpheus gets great pleasure out of inflicting pain on his enemies.

DOOL spoilers say Orpheus will round up John (Drake Hogestyn), Marlena (Deidre Hall), Hope (Kristian Alfonso) and Jennifer (Melissa Reeves) for his latest stunt. Once everyone is inside the building, Orpheus will call John and let him know that they’re all doomed. He’ll warn the bomb will explode if one of them dares to step outside. 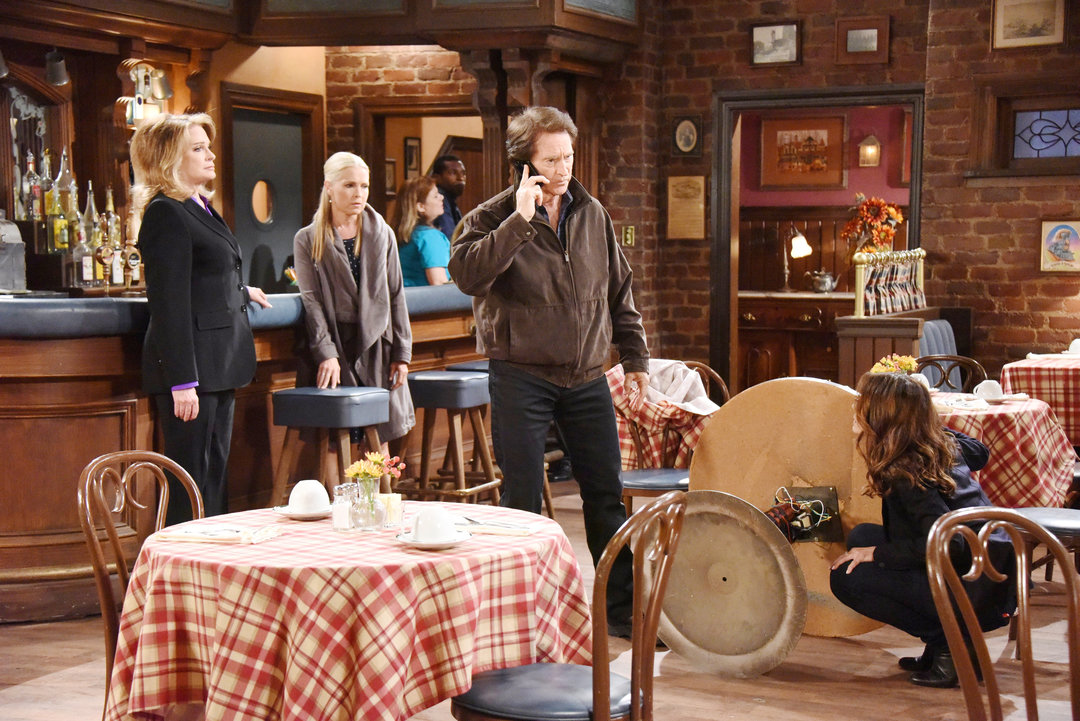 Meanwhile, Days spoilers state that Jennifer will run into trouble upstairs. Orpheus’ assistant will carry out phase two of the plan. When Jennifer comes down, she’ll have bomb fastened to her body. Orpheus has clearly gone overboard on the explosives.

John will insist that it doesn’t have to be this way. He’ll argue that there’s an alternative that will work out better for everyone. Although Orpheus’ scheme will give him additional victims, it’s not very personal. It won’t give Orpheus the satisfaction of watching John suffer right in front of him. 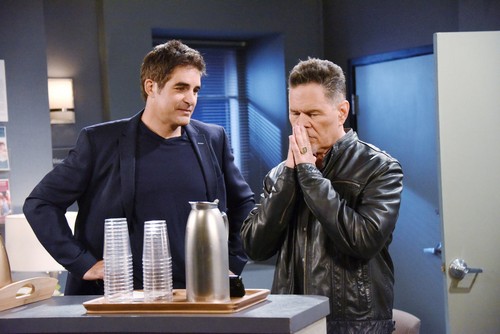 Days of Our Lives spoilers indicate that John will propose a deal. DOOL’s weekly preview video shows John saying, “If you let these people go, I’m all yours.” Orpheus will look intrigued by John’s suggestion. He’ll eventually agree and lead John back home.

As John and Orpheus head across town, JJ (Casey Moss) will see them in the distance. He’ll draw his weapon and shout that Orpheus needs to drop the gun right now. Orpheus will give JJ an evil glare and fire a bullet at him. He’s on a mission for vengeance and he has no intention of letting JJ mess up his plot. 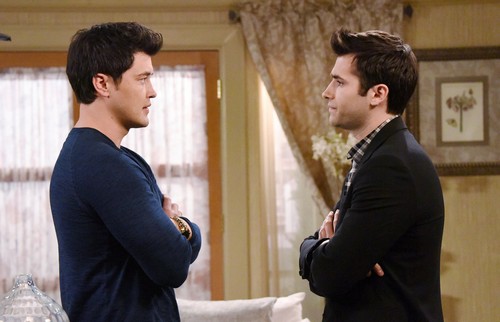 JJ will be in shock as he starts bleeding out. Fortunately, Days of Our Lives spoilers reveal that he’ll get some assistance pretty soon. Orpheus will finally make it back to John’s place and he’ll demand a $20 million payment. Once John completes the transaction, he’ll be forced to get on his knees.

Orpheus will lift his gun to John’s forehead and ask if he’s prepared to die. This isn’t how John wanted to go, but he’ll most likely accept his fate. Orpheus will have him cornered. Luckily, John has a pal who’s always willing to help. 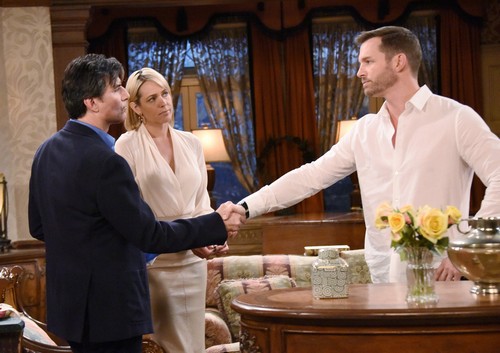 Days spoilers say Steve (Stephen Nichols) will hear that John is in a bind. He’ll rush over to help him restrain Orpheus. They’ll manage to gain the upper hand and Orpheus will be taken into custody. Of course, Orpheus won’t go down without a fight.

Back at the pub, Hope will call Rafe (Galen Gering) and he’ll work with Eduardo (A Martinez) to figure out how to disarm the bomb. They’ll relay the info by phone. Once the gang is free, they’ll go to the police station. That’s when Orpheus will grab Marlena and take a deadly pill from her medical bag.

Will Orpheus really run out of tricks? Is this how it all ends? We’ll give you updates as more news comes in. Stay tuned and don’t forget to check CDL often for the latest Days of Our Lives spoilers, updates and news.

Once a team, always a team. #DAYShttps://t.co/sxTM7KbfaR