‘Days of Our Lives’ Spoilers: Week of November 7-11 – Baby Bombshells, Secret Deals and a Stunning Return 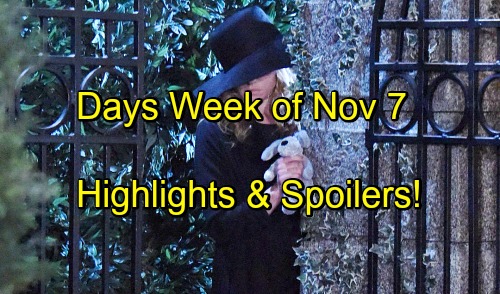 Days of Our Lives (DOOL) spoilers for the week of November 7-11 tease that secrets will cause big problems. For starters, Chloe (Nadia Bjorlin) will decide she shouldn’t tell Nicole (Arianne Zucker) about her baby. As long as Deimos (Vincent Irizarry) is lurking, Chloe can’t be sure that this child will be protected.

DOOL spoilers indicate that Chloe will talk to Philip (John-Paul Lavoisier) about the mess she’s dealing with. She’ll admit that she was supposed to be Daniel (Shawn Christian) and Nicole’s surrogate, but she was told the embryo didn’t transfer. Now Chloe is pregnant and everything has changed.

Unfortunately, Chloe’s loose lips could get her in trouble. Philip will agree to keep the secret for now, but he’ll struggle with guilt later. Speaking of guilt, JJ (Casey Moss) will face loads of it. He’ll eventually confess that he cheated on Gabi (Camila Banus). Days fans can expect some intense strife for these two. 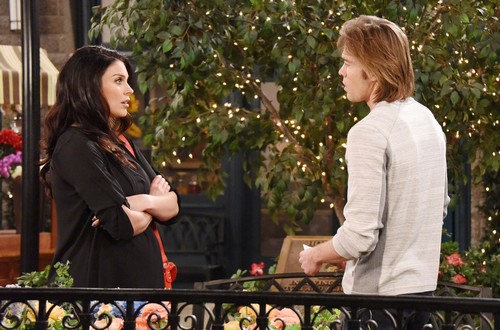 Days of Our Lives buzz hints that Jade will divulge that she’s pregnant. If that’s true, this baby bomb will shake things up. Elsewhere, Hope (Kristian Alfonso) will reach out to Andre (Thaao Penghlis). She’ll insist that he’s won.

Hope won’t contest the charges as long as Andre forgets about taking down Rafe (Galen Gering) and Roman (Josh Taylor). Andre will probably take that deal, but will he keep his word? Regardless, Hope is about to face some major heartache. 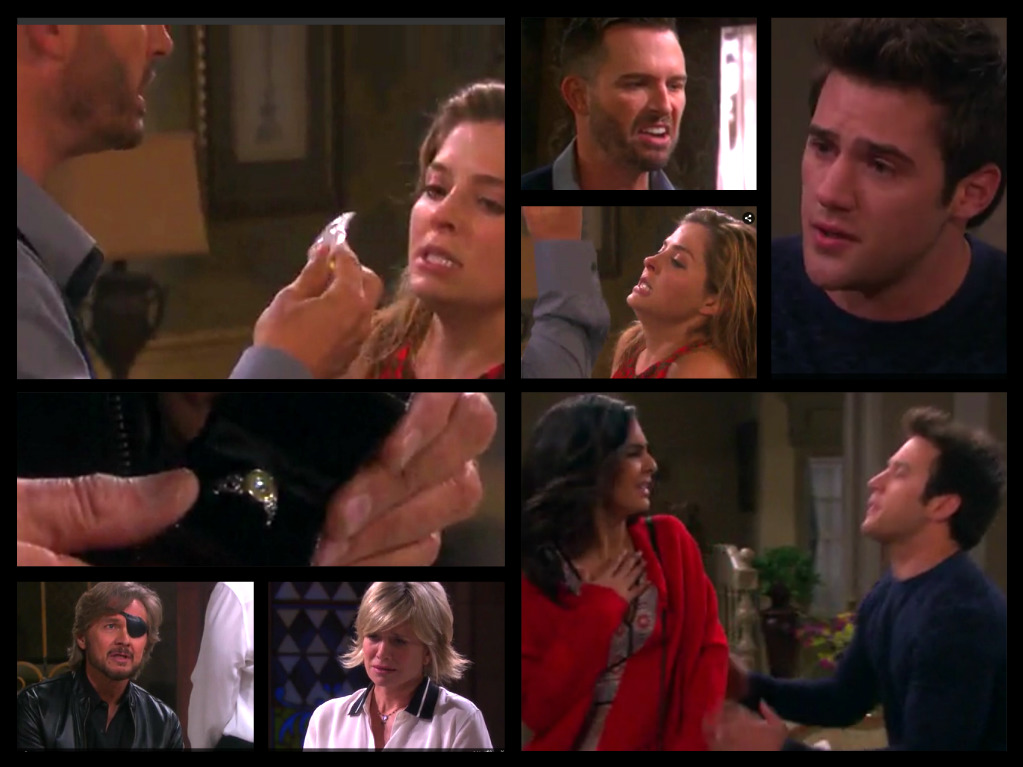 Days spoilers say Hope will be arraigned and she certainly won’t get good news. Justin (Wally Kurth) will worry about defending Hope, but he’ll have Adrienne (Judi Evans) on his mind as well. Although Justin is angry about Adrienne’s recent purchase, he still has some lingering love for her.

Sonny (Freddie Smith) will pick up on his father’s feelings. He’ll wonder if Justin wishes he could be with Adrienne. Justin may not be willing to come clean about where his heart is at, but he’s getting there. When Adrienne and Lucas get married down the road, Justin will race to stop the wedding.

In the meantime, Paul (Christopher Sean) will get a new assignment. Sonny will hire his ex to check out the docks. It seems there’s some suspicious activity going on and Sonny wants to know what’s up. This undoubtedly relates to the Kiriakis clan, but the fact that Sonny is hiring Paul might be more important. 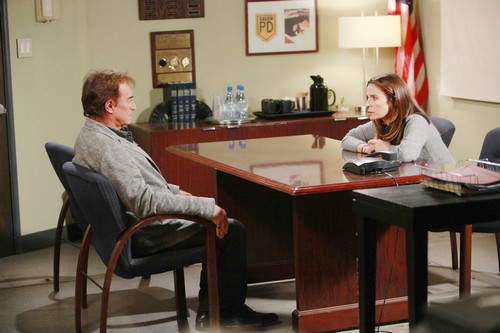 This is just another way for Paul and Sonny to bond. Sadly, Abigail (Marci Miller) won’t be bonding with Chad (Billy Flynn) and Thomas just yet. She’ll arrive in town this Thursday, but she’ll have concerns about coming forward.