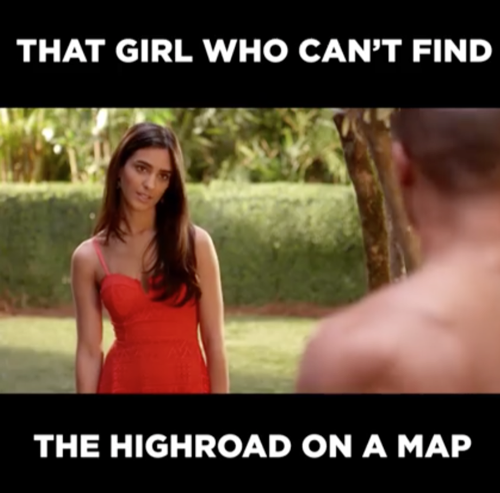 Tonight on Lifetime DEVIOUS MAIDS continues with an all new Monday, August 8 season 4 finale called, “Grime and Punishment,” and we’ve got your Devious Maids recap down below! On tonight’s episode in the fourth-season finale, Zoila (Judy Reyes) uncovers a secret that leads Rosie (Dania Ramírez) to the truth about Peri’s (Mariana Klaveno) murder.

On the last episode, Marisol uncovered a secret from Genevieve’s past that could reveal Peri’s killer; Zoila struggled to balance work and her personal life while helping Rosie investigated. Did you watch last week’s episode?  We’ve got your Devious Maids recap right here for you.

On tonight’s episodes per the Lifetime “in the fourth-season finale, Zoila uncovers a secret that leads Rosie to the truth about Peri’s murder; Carmen and Dani find themselves in danger; Genevieve makes a new friend; and Marisol seeks closure with Peter. Meanwhile, Adrian has news that brings Evelyn closer to divorce.”

Tonight’s episode is going to be another fun one, which you won’t want to miss. So be sure to tune in for our live Devious Maids recap— tonight at 9PM EST! While you wait for the episode, share your comments about season 4 of Devious Maids below.

Tonight’s episode of Devious Maids kicks off at Adrian and Evelyn’s house. They are sitting down going over their divorce papers – Evelyn gives him a lengthy list of things that she wants. Adrian agrees to give her the Monet, the house in Manhattan, and their yacht. Evelyn knows that something is up. Adrian announces that he just wants the divorce to be over so he can move on, he’s engaged to Gail. Evelyn is furious …

Rosie heads out to lunch with Marisol and Carmen. She says that she thinks whoever raped Peri is the one that killed her. Marisol puts two and two together, she says that she thinks that the rapist is Hugh Metzger. Carmen panics and calls Dani, she tries to warn her that Hugh Metzger drugs and rapes girls. Dani won’t listen to her and she hangs up on her, she’s with Hugh going over the script.

Genevieve heads to therapy. She’s a little rattled after she confessed to Marisol that Hugh Metzger drugged and raped her 20 years ago. Genevieve is thrilled when she heads in to meet her new therapist and learns that they offer complimentary champagne in the waiting room. She makes friends with another woman in the waiting room.

At home, Marisol is moping around over her break-up with Peter. Evelyn tells her she needs to go outside and meet someone new and move on. Then she confesses to Marisol that Adrian is marrying Gail. She wants Marisol to go with her to their engagement party. Evelyn knows that Adrian is trying to make her jealous and she isn’t falling for it.

Jesse and Rosie are at home playing detectives. They find the guest list from the party, the night that Peri was killed. Sure enough, Hugh Metzger is on the list, he was at the party. An entire SWAT team barges in to the house. Apparently, Spence escaped from prison. The detective accuses them of hiding Spence in the house, but Rosie had no idea he had even escaped.

Dani calls Carmen and is panicking. Carmen rushes to Hugh’s house and he is unconscious. Apparently, Dani switched her drink with Hugh’s to see if he was really trying to drug her, and he passed out. Luckily, he’s still alive, he just won’t be waking up for a while. Instead of calling the police, Carmen calls Rosie and tells her that they have Hugh and it is “time to make him talk.”
Marisol is determined to win back Peter. She shows up at his office with bouquets of flowers to apologize for sleeping with Jesse. She’s sobs that she was in love with him and wishes she had never slept with Jesse. But, Peter doesn’t want to hear it.

Zoila is shocked when she hears that Kyle is back at his empty house. She rushes across the street to see what he is doing. But, when she arrives, Zoila realizes that it is not Kyle inside…it’s Spence! And, he’s there with his cellmate “Kill Face.” Zoila promises not to tell anyone they are there, she leaves and says that she will bring them food.

Hugh wakes up and he is tired to a chair, Carmen, Dani, and Rosie are standing over him. Rosie demands to know what he did to Peri. Hugh isn’t talking, so Carmen proceeds to spray his eyes with oven cleaner. Hugh finally admits that he drugged and raped Peri and was the father of his child. The Circle knew Peri’s secret, and they were blackmailing Hugh for hundreds of thousands of dollars for years.

Hugh explains that the night of the party, he was about to rape another girl and Peri walked in and interrupted. She freaked out on Hugh, but then Hugh left. He swears that he didn’t kill Peri. Then he keels over and appears to be having a heart attack.

Zoila heads back to the house, she is upset when she realizes that Fiona threw her mail in the trash. She opens it and it’s from Kyle, and he sent her a flashdrive with the video of Peri on it that they have been looking for. Zoila rushes over to Marisol’s house to give Rosie the flashdrive. Rosie ran over there after Hugh had a heart attack. Apparently, they just untied and called 911 and ran.
Evelyn is throwing Adrian and Gail an elaborate engagement party. And, she decided to call Adrian on his bluff, and has brought a reverend to marry them on the spot. Adrian is sweating, he tries to tell Evelyn that he can’t marry Gail, the divorce hasn’t been finalized.

Evelyn and Adrian sit down with their lawyer – they both sign the divorce papers and they are officially divorced right before the engagement party. Evelyn and Adrian pour glasses of champagne to celebrate, hey tell each other how much they hate each other, and then proceed to have sex on the table. Outside, the engagement party is in full-swing. Gail arrives late, she was at the hospital with her dad.

Rosie corners Gail in the study, alone, and confronts her about Peri. Rosie accuses Gail of killing Peri at the party to protect her father. Gail snarks that Rosie is delusional or mildly retarded. Rosie continues to get under Gail’s skin, finally Gail admits that Peri threatened to tell the whole word that her “daddy was a rapist.” In the heat of the moment, Gail picked up her Oscar Award and attacked Peri – she stabbed her in the neck and killed her. Gail says that killing Peri was a “public service.”

Then the police barge in, they were listening in on the entire conversation, they arrest Gail for murdering Peri. That means that Spence is officially off the hook, but not off the hook for escaping.

Zoila’ boss sees Spence and Kill Face in Kyle’s house and she calls the police. Zoila rushes over to warn them that they were spotted. Spence wants to turn himself in. Kill Face isn’t having it, he pulls a gun on Zoila and Spence tries to fight him off. Spence winds up shot in the stomach and Kill Face makes a run for it. The police and paramedics arrive with Rosie in tow. It looks like Spence is going to be okay, they head to the hospital.

Adrian and Evelyn come out of the office, they are shocked to see their house full of police. They learn that Gail was arrested for murdering Peri. It looks like Adrian won’t be getting married after all. Adrian thinks that they should tear up the divorce papers.

Peter shows up at the engagement party and tracks down Marisol, apparently, he saw everything on the news. Peter apologizes for acting like a “big baby.” Apparently, he had bought Marisol and engagement ring and planned on proposing to her before she slept with Jesse. Peter doesn’t want to let Marisol go, he gets down on one knee and proposes to her. She happily accepts.

Zoila shows up at Genevieve’s house She reveals that Fiona fired her and she wants her job back – of course, Genevieve is thrilled, she gives Zoila her house key. Zoila is shocked when a woman shows up at the door, it’s Genevieve’s new friend from therapy, apparently, she is dating women now.

Spence gets released from the hospital and he is a free man, he heads home and Rosie has some news for him, she’s pregnant! Apparently, they weren’t too careful during their conjugal visits.

Tonight’s episode of Devious Maids ends at the church – Peter and Marisol are getting married. The organ plays and everyone stands up to wait for the bride. And they wait, and wait…Marisol doesn’t walk down the aisle. It looks like they have a runaway bride on their hands. The women heads to Marisol’s room where she was getting ready, it looks like there was a struggle, and someone smashed out the window, there are some drops of blood on the broken glass. Marisol didn’t get cold feet, she was kidnapped …