‘EastEnders’ Spoilers: Roxy’s And Ronnie Mitchell’s Exits – How Will Sisters Be Killed Off BBC1 Soap? 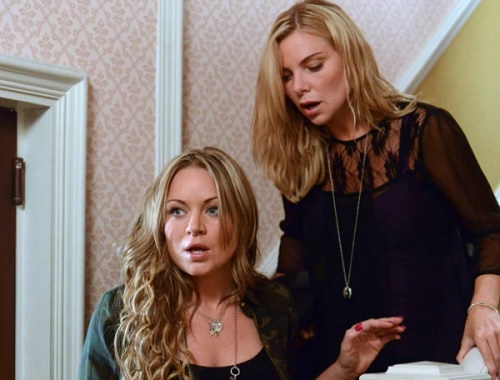 EastEnders spoilers tease that fans of the BBC One soap will see both Roxy and Ronnie Mitchell exit in the coming weeks.  Rita Simmons confirmed to devastated fans over the summer that she was leaving EastEnders, and her exit will coincide with her on-screen sister Ronnie’s exit [Sam Womack].  Womack and Simmons have both been members of the EastEnders cast since 2007.

EastEnders spoilers have been teasing Roxy and Ronnie Mitchell’s exits for quite a while. Ronnie Mitchell is set to be married on New Year’s, and is supposed to move to Ongar. We recently saw Roxy and Ronnie share an emotional moment, and Roxy convinced her sister to legally adopt her daughter Amy and take her away to Ongar when she moves.  After their chat, Roxy seemingly fell off the wagon and purchased drugs.

EastEnders spoilers and rumors are running rampant right now as to how Roxy and Ronnie Mitchell will leave Walford.  And, it looks like it could be a gruesome exit.  One rumor floating around the BBC One fan groups is that Roxy Mitchell may overdose, and after her death, Ronnie will leave town for good with Amy and her husband. 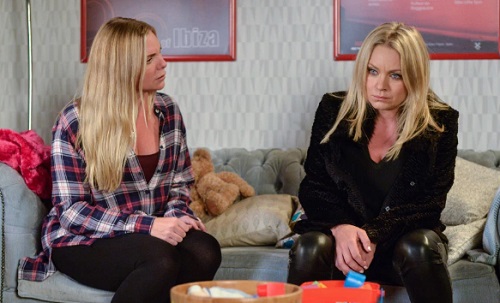 However, other EastEnders spoilers indicate that BOTH of the Mitchell sisters will be killed off in a huge wedding showdown.  In October, The Sun leaked some photos of the EastEnders cast filming Ronnie Mitchell’s wedding scenes, and according to the tabloid’s sources, Ronnie and Roxy will have a huge altercation, which ends with both women drowning.

EastEnders spoilers tease that after Roxy Mitchell falls off the wagon [again], she drinks herself in to a drug and alcohol infused stupor and attacks her sister.  Roxy and Ronnie have quite a bit of history when it comes to Jack Branning, and Ronnie and Jack’s wedding day stirs up some old feelings of jealousy.

Are you sad to see Sam Womack and Rita Simmons leave EastEnders?  How do you think they will exit? Share your thoughts in the comments below! 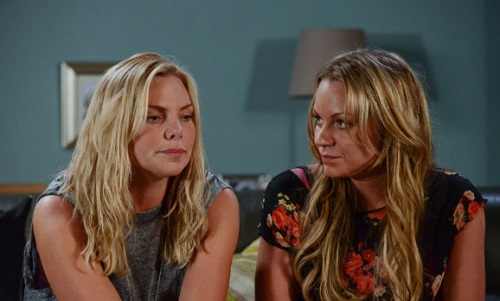 A date for your diaries.
RSVP below. #EastEnders pic.twitter.com/uYKOEIWloh

No Roxy, don’t do it! 😨 😨 #EastEnders pic.twitter.com/SH8OS3WcaX