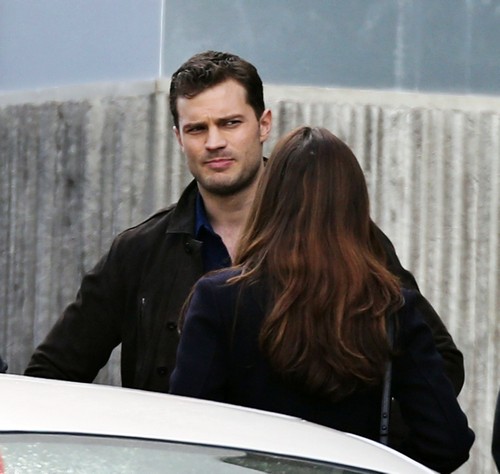 But contrary to what people may think, Dakota said pretending to have sex is not a lot of fun.

Johnson recently opened up about filming racy sex scenes with Jamie Dornan in “Fifty Shades of Grey” and its sequels and told Interview magazine that pretending to have sex is “not … comfortable. It’s pretty tedious.”

Further clarifying how exactly she felt shooting racier scenes for the sequel to 2015’s “Fifty Shades of Grey,” Johnson told the magazine, “I’ve been simulating sex for seven hours straight right now, and I’m over it.”

What’s worse than simulating sex? The idea of our parents seeing us naked. “No! God, no. Thank God,” Johnson told Chrissie Hynde when asked if her dad watches her sex scenes.

Johnson also told the magazine that there is no way her father will catch a screening of “Fifty Shades Darker” when it hits theatres on February 10, next year.

While we cannot blame Don Johnson from shielding his eyes from the racy flick, Us magazine reported, Johnson’s famous mom, Melanie Griffith too decided to not watch her daughter in the R-rated role.

“Would you want to see your child having sex like that? Just regular sex, I couldn’t even do that, but the ‘room of pain’ sex?” Griffith explained to USA Today in February 2015.
She added, “I definitely couldn’t do that!”

While it may seem that her character might be getting the “How to Be Single” star a lot of attention from men, Johnson previously revealed that it’s actually nothing like that. Johnson said men are too scared to ask her out thinking she is into the same things as her character.

“Some people think this is something I’m interested in, in my private life, which is not the case,” Johnson said of the racy scenes in the movie. “I’m an actor, I pretend. But I guess it’s something that happens with a lot of actors; people think that, in real life, they are like the characters they play …

“Luckily I have such a distraction in my job, I don’t think about men very often. All of my focus is on my job at the moment,” she added.

Dakota Johnson and Jamie Dornan film scenes on a yacht for “Fifty Shades Darker” in Vancouver, Canada on April 27, 2016 by FameFlynet