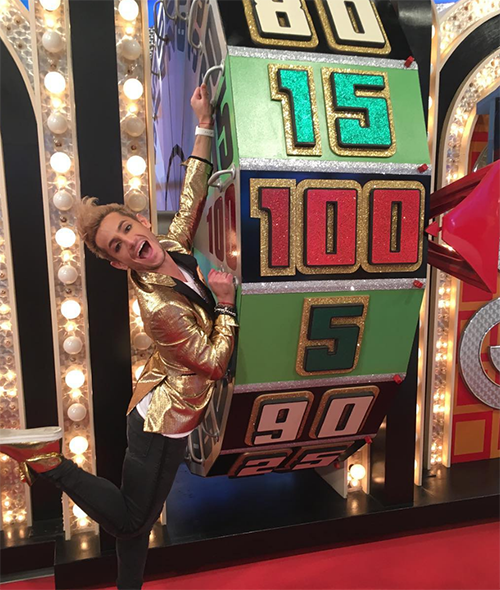 Frankie live tweeted during the show and revealed that he wished that he could have played the game alone. He made several comments about his partner, “Big Brother” fan Katy. He noted that she wouldn’t listen to his advice about bidding, and eventually stated that he should have just played alone. Grande tweeted to Drew Carey, “Next time I wanna play alone though. Do you hear me @priceisright, @DrewFromTV, solo dolo!”

Frankie later told his followers that [at the time] he felt like throwing Katy under the bus and bidding how he wanted too. Apparently, Frankie wasn’t pleased about losing “The Price Is Right.” “I win everything I play, yeah, well, except Big Brother and now The Price Is Right,” Frankie said on Twitter.

Immediately, the fans started debating whether Frankie was out of line for talking so harshly about the fan he was paired up with on “The Price Is Right.” Many felt that he should have been nicer, as for some of the fans, this was a once in a lifetime experience. Other “Big Brother” fans felt that Frankie was allowed to vent his frustrations about losing the game.

Regardless how you feel about Frankie and his temper tantrum on Twitter about losing the game, one thing is certain—his appearance created a controversy and many fans are pumped up about the next season of “Big Brother.”

Love Frankie or hate him, one thing that he is darn good at is creating buzz about his TV appearances, both negative and positive. He has stayed mute and revealed no further spoilers when asked if he will enter the “Big Brother” house again this summer.

Did you see Frankie and the other former houseguest on “The Price is Right” on CBS last night? It won’t be long before we know the names of the new Big Brother 18 cast. Don’t forget to come back to CDL later for more “Big Brother” spoilers, news, and updates.