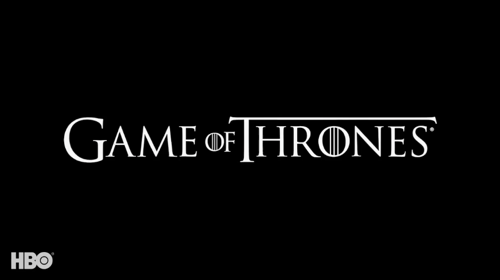 Tonight on HBO, Game of Thrones is back with an all new Sunday, May 1 season 6 episode 2 called “Home,” and we’ve got your recap below! On this evening’s episode, Bran (Isaac Hempstead Wright) trains with the Three-Eyed Raven (Max von Sydow). In King’s Landing, Jaime (Nikolaj Coster-Waldau) advises Tommen (Dean-Charles Chapman).

On the last episode, the fate of Jon Snow was revealed; Daenerys met a strong man; and Cersei saw her daughter again.

Bran rests inside the tree with the Three-Eyed Raven Man. He dreams and sees his father and uncle and aunt when they were little kids — as well as Hodor, whose name is actually Willis. In the dream, Bran sees that Hodor can talk. Eventually, Bran resurfaces. The Man in the Tree says that “It is beautiful beneath the sea” but that it can be dangerous to stay under for too long. Bran asks Hodor where Meera is. Hodor takes Bran outside. Meera sits in the snow. She stares out at the snowy land, looking defeated and depressed. Bran tells her that a war is coming, and she scoffs, “And, what, we’re going to fight it sitting in there?”

When Bran leaves, one of the magical fairy folk says that Bran will, soon, need her when they rejoin the dangerous world.

The new tyrant at the Night’s Watch tries to break down Ser Davos’s door. They start breaking down the door. Ser Davos and his men draw their swords, but before their attackers can fully break down the door, the Wildlings burst through the gate. They’ve responded to the loss of Jon Snow and are there to take Castle Black. They’re led by Tormund.

There’s a commoner spreading stories about Cersei. Later, he’s seen taking a pee against a wall. The Mountain, clad in his gold armor, smashes his head against the wall.

The Mountain reunites with Cersei. She proceeds to her daughter’s funeral, but she’s barred by the royal guards, ordered by The King.

Tommen and Jaime pay their respects to the most recent Lannister that has passed. Tommen feels bad for allowing all this bad stuff to happen to his family, so Jaime tells him to go speak with this mother.

Jaime and the High Sparrow have a tense meeting; they both flex their muscles, and the Sparrow appears to have won.

Tommen apologizes to Cersei, saying that he didn’t want to lose her again. He tells her that he should’ve executed all of them and destroyed the Septon, but that he fell weak. He tells her that she taught him to be strong – and that he wants her to help him find that strength once more. Help me, he says. Always, she says.

Tyrion and Varys talk about the recent tragedy: The burning of the ships. Also, the dragons have stopped eating. Tyrion says that the dragons must be allowed to roam free and fed, or else they will waste away. Tyrion also says that dragons show affection to their friends and rage towards their enemies. Tyrion wants to be their friend.

Tyrion and Varys go into the dragon’s dungeon. The dragons come towards him – and they don’t harm him. He begins to charm them with his stories. Soon, he’s petting them. Eventually, he unshackles one of them. The second one approaches him and wishes to be unshackled as well. They fall back into the darkness. Tyrion walks out of there unharmed.

Meanwhile, Jaqen, disguised as the girl, continues to beat up on Arya. Soon, he reveals himself, and he says that he will restore her sign if she admits to “not having a name.” She does so, and she follows him.

Lord Bolton and son Ramsay discuss things. At the end, it’s revealed that Lord Bolton’s baby has been born. A baby boy. Lord Bolton tells Ramsay that he’ll always be his first born. Ramsay approaches his father, as if to hug, and proceeds to stab him in the stomach. Lord Bolton falls over dead. He tells the Maester who witnessed the death to send word to the kingdoms that Roose Bolton has died by poison. Next, he sends for the baby and mother. He leads them into the kennels, where he proceeds to have them attacked and killed by dogs.

Brienne asks Sansa what happened to Winterfell. Later, Theon and Sansa have a moment; he continues to try to reconcile his guilt, but struggles coping with all the bad stuff he’s done. He wishes to part ways with them now, saying that he’s fulfilled the promise he made to himself (get Sansa to safety). He takes one of the horses and sets a course to return home.

Meanwhile, Lord Balon is murdered by his brother.

Davos talks with Melisandre to see whether or not she knows of any magic that can bring back the fallen Jon Snow.
She’s questioning her powers and her faith after believing she failed to see the TRUTH in the flames. Davos says that he’s not asking her to ask for help from song god; he’s asking her to create a miracle, like he’s seen her do before (i.e., drink poison; birth shadow demons; etc.). She tells him that she doesn’t have this gift of raising the dead, but he asks, “Have you ever tried.”

Soon, we see Melisandre washing Jon Snow’s wounds. She wipes the blood from his torso. She clips some of his hair and throws it into a small fire, all while chanting some words above him. Next, she pours water over his hair, washing it, wringing it. She places her hands on his chest and stomach, chanting more words.

It doesn’t seemed to have worked. Jon Snow rests there. Dead.

Everyone leaves the room, Davos is last to leave.