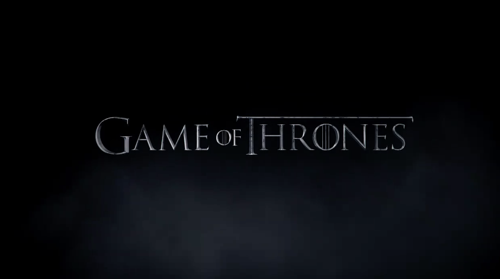 Tonight on HBO, Game of Thrones is back with an all-new Sunday, May 29 season 6 episode 6 called “Blood of My Blood” and we’ve got your recap below! On this evening’s episode, Hannah meets Sam’s family.

On the last episode, Sansa confronted Littlefinger about what he knew of Ramsay’s intentions; Arya got an opportunity to prove herself; Bran was transported to a dangerous place. Did you watch the last episode? If you missed it, we have a full and detailed recap right here for you.

Meera pulls Bran through the snow. He is still in his vision state. Meera collapses in fatigue. She tries her hardest to pull Bran to safety, but she seems defeated and begins to cry. She strokes his hair and cheeks.

Soon, Bran wakes up. He says, “They’ve found us.” The walkers approach – but Bran and Meera are saved by some individual on a horse. This person wields a flaming torch and sets the walkers on fire. The man says, “Come with me, now. The dead don’t rest.”

Meera and Bran get on the man’s horse and ride away.

Meanwhile, Gilly and Sam return to his homeland. Sam tells Gilly that it’s very important that they tell his father that Little Sam is their child. He also mentions that he didn’t tell his family that she’s a Wildling. They don’t like Wildlings.

They are greeted by Lady Tarly and Sam’s younger sister.

In King’s Landing, High Sparrow and Tommen chat about Queen Maergery. The Sparrow allows for Tommen to see her before her Walk of Atonement (aka Walk of Shame). She basically tells Tommen that the Sparrow was right about her all along – and it’s hard to tell if she’s putting on an act or if she wholeheartedly believes in what she was being told. She says that we all need to atone for our sins, one way or another, and that the gods have a plan for us all.

At dinner, Gilly’s cover is blown. She willingly reveals her origin after Sam’s father berates Sam. She tells his father that Sam is a bigger hero than he ever was or could be. Sam’s father says that he’s no longer allowed to remain at home – but Gilly and the baby can remain there.

But Sam won’t have this. He and Gilly and the baby will flee – and he takes his family’s ancient sword with him.

Meanwhile, in Braavos, Arya watches the theatre troupe perform. She watches Lady Crane, the lady she’s been charged to assassinate. Lurking offstage, Arya sees the younger woman who’s so jealous of Lady Crane – and, supposedly, the woman who wants her dead.

Arya sneaks backstage. She pours poison into Lady Crane’s flask. Before Arya can sneak out, Lady Crane stops her – not because she saw anything, but because she has noticed her in the audience for the past three shows. Lady Crane tells Arya that she has very expressive eyes, and that she’s sympathetic to a girl who’s curious about the theatrical arts. They talk for a while before Arya says she has to leave.

Lady Crane convenes with her cast mates and is about to sip from her poisoned flask when Arya returns and slaps the drink from her hands. Arya points to the jealous actress – Crane’s nemesis – and says, “Careful of that one. She wants you dead.”

Arya storms out, but Jaaqen is sly. His other disciple has seen that Arya has chosen not to go through with her quest. Jaaqen’s disciple relays the information to Jaaqen, who’s harvesting a face from a dead body, and says that she wants to deal with Arya. Jaaqen says, “Very well. Don’t let her suffer.”

Arya reclaims Needle and returns to her bed in the fortress.

In King’s Landing, Maergery prepares for her Walk, but Jaime and the troops have rallied. They’re prepared to fight the Sparrows. The Queen of Thorns gets on board as well.

The Sparrow says there will be no need for fighting today because there will be no Walk of Atonement, as the Queen has already atoned for her sins by bringing a new person into the light: King Tommen. The Sparrow smiles grimly as Tommen recognizes the coming together of the Faith and the Crown. He addresses his people and says that, through a renewed faith, they’ll reunite the 7 kingdoms.

Later, Tommen strips Jaime of his Commander title, and says that he will continuing to serve the Crown in a different city.

It turns out that Uncle Benjen is Bran’s savior. He says that it was the Three-Eyed Raven who sent for him. Benjen says that the Children saved him from a wound inflicted by the Walker’s ice swords. They cured him in the same way that they created the walkers – with dragon glass.

Daenerys is preparing to TAKE ALL THE THINGS. She’s rallying her army day by day. One of her dragons returns. She mounts it and lands in front of her people – and names them all Blood Riders. She asks if they’re ready to sail across the sea and destroy the men in iron suits and bring down stone houses. She asks them if they’re ready to stand beside her and give her what’s hers: The 7 Kingdoms.

They all cheer. Her dragon roars.