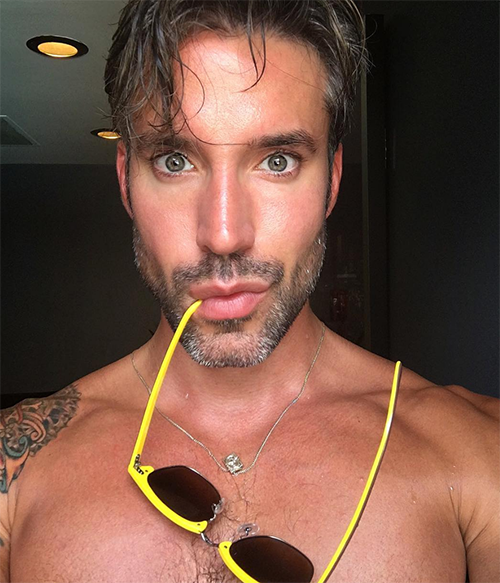 The cast of TV’s first Gay Bachelor show, Finding Prince Charming, has been revealed! Reality TV fans have been clamoring for a Gay Bachelor for years. Of course, ABC wouldn’t touch the controversial storyline with a 10 foot pole, however LOGO Network has happily taken on the task and recently announced they would be hosting a Bachelor-style show with an all male cast looking for love.

The new reality TV dating show is being called Finding Prince Charming and will be hosted by former N’Sync singer Lance Bass. The star of the show, the Bachelor that the men will be fighting over and attempting to romance is a handsome and successful young man named Robert Sepulveda Jr.

TMZ shared cast photos today of the 13 men that will be appearing on “Finding Prince Charming.” Of course, they are all ridiculously hot, and they come from a slew of different backgrounds – everything from real estate agents to personal stylists. It looks like Robert Sepulveda Jr. will certainly have his hands full searching for Prince Charming.

Of course, we’re super excited for The Bachelor with a fresh new twist. But, there is one aspect of this show that is going to be interesting for sure. On ABC’s version of The Bachelor, the straight women all live in a house together while they are competing for one guy. Obviously the women are all there for a guy – so they aren’t too interested in each other.

It’s unclear so far how LOGO is setting up Finding Prince Charming and whether or not the contestants will all be living together. But in this case, the house full of men, are all interested in men. So, there is sure to be some drama if any of the guys living together become more interested in each other than they are Robert Sepulveda Jr.

What do you guys think of the hot new cast? Will you be watching Finding Prince Charming? Let us know in the comments below!