General Hospital (GH) Spoilers: Aaron and Kristina Get Closer – But Is Her New Man an Undercover Cop? 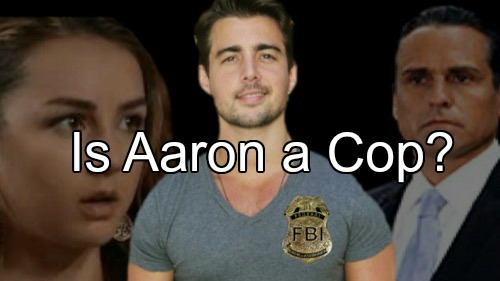 “General Hospital” (GH) spoilers reveal that Kristina Corinthos (Lexi Ainsworth) and Aaron Roland (John DeLuca) will get much closer in coming days, but Sonny Corinthos (Maurice Benard) will be suspicious of the new guy in his daughter’s life – and he’s right to be. Is Aaron a closet cop?

It seemed pretty convenient that a guy the right age plus handsome and hot ran into Kristina outside Morgan Corinthos’ (Bryan Craig) room at the mental clinic. Then it turns out Aaron happens to be interested in restaurants like the one Sonny owns and loves Corinthos Coffee… Come on! 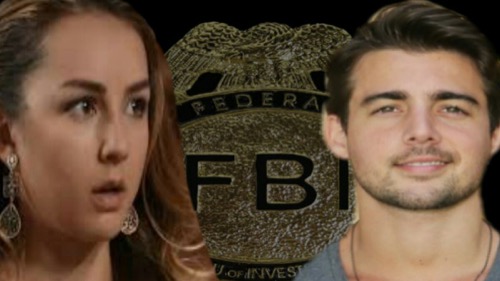 Most guys who heard that a girl’s last name was “Corinthos” would hit the door running. So General Hospital spoilers ask why is Aaron sticking around? Is he a plant for the PCPD or FBI to try and get an inside track on Sonny’s criminal dealings? Could Aaron be romancing Kristina for the intel?

It sure was strange when Kristina tried to get busy with Aaron at Casa Jerome that he backed off because he said he didn’t want her mom walking in on them. General Hospital spoilers say that in fact, it’s probably frowned upon to have sex with a person involved in an investigation you’re working.

Plus, if it wasn’t enough that Kristina is the daughter of Port Chuck’s top mobster, she’s the step-kid of the town’s other mob boss. What young guy knowingly walks into that mess unless he’s: (1) a cop or (2) has mob aspirations or (3) totally insane.

None of these are good options for Kristina. It’s very unlikely that Aaron is who he says he is – he’s not just a random Port Charles college student that happened to run in Kristina with perfect timing. Nah. There’s something more to Aaron. But what is it?

We’ve seen the FBI lurking around Port Charles lately related to Hayden Barnes (Rebecca Budig), so maybe he’s a Fed. Or, since Jordan Ashford (Vinessa Antoine) has been undercover before, maybe she recruited Aaron to work for her because he was a young-looking cop.

Aaron could be an undercover special investigator brought to town by Paul Hornsby (Richard Burgi) to take down Sonny. Remember Paul shot Sonny – that plotline seems to have been swept under a rug, but it happened – now only Ava Jerome (Maura West) knows.

Of course, the Kristina-Aaron storyline will be complicated by the return in coming days of Parker Forsyth (Ashley Johnson) so we may end up with a sexually fluid love triangle complicated by an undercover cop-mob twist. We’ll see.

What do you think GH fans? Doesn’t Aaron seem “off”? Do you think he’s an undercover cop? Could he be working for Jordan or Paul or maybe even a Fed? Or does Aaron have another purpose for intentionally entangling himself in Kristina’s life?