General Hospital (GH) Spoilers: Are The Writers Destroying The Jason Morgan Character? Vote in the POLL 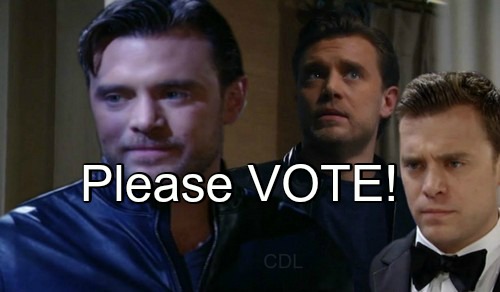 “General Hospital” (GH) spoilers reveal that Jason Morgan (Billy Miller) will recover his memories soon, but can that salvage what the writers have done to Jason as a character? Do you think GH showrunners and writers have demolished this fan favorite character? Vote in the POLL.

Even when Jason was Stone Cold and efficiently dispatching his enemies, the fans loved him. He had that complex triangle with Sam Morgan (Kelly Monaco) and Liz Webber (Rebecca Herbst), he experienced love, loss, friendship, and pain. And he was in our hearts the whole way.

Remember when he and Sonny Corinthos (Maurice Benard) were rivals when Jason was running the cartel? Jason was complex, passionate, violent, loving, and loyal. But now, Jason is like an overlarge toddler stomping through scenes, making demands, and pushing people around.

Any ounce of sympathy you might have for Jason is being systematically destroyed. He’s bossing Liz around, bullying Franco, and being a jerk to Jake Spencer (Hudson West) who needs a supporting father, not an inconsiderate puppy-hating bully.

The new Jason was adorable as an amnesiac. Jake Doe was even tempered, a great father, a loving fiancé, and a good friend. Finding out who he was should not have made him a monster, yet that’s what Jason is in most scenes that aren’t him alone with Sam.

Plus, he’s written inconsistently. Jason goes from being cute and cuddly in bed with Sam to a bossy bully with Liz, Jake and others. He’s mostly a jerk to former BFF Sonny too – yet will then be nice to Carly Corinthos (Laura Wright) and Monica Quartermaine (Leslie Charleson).

It feels almost like there is no continuity from script to script for Jason – and no appreciation for his character history. For the script where Jason recovers his memories, co-writers Jean Passanante and Shelly Altman revealed to ABC Soaps in Depth that they tapped Elizabeth Korte.

They said they did this because “she knows and loves the history of the Jason Morgan Quartermaine character.” That’s a great move, but isn’t that something they should have been doing all along? Korte has been with GH since 2001 but has mostly been tasked with continuity.

Ironically, continuity is what Jason’s character is sorely lacking. It will be interesting to see how recovering his memories plays out with Korte writing it, but if they pulled her in for just this one episode, it seems like Jason could go back to the inconsistent rage monster that fans don’t like.

General Hospital fans are very loyal and they love Jason Morgan – but this new Jason is barely recognizable (and that’s NOT a literal reference to the change of actors). They have taken almost everything that was great about Jason and stripped it away and left his worst attributes on display.

It’s sad what he has been done to this legacy character – and there was no need for it to happen this way. When GH fans realized Jason was being brought back, there was so much excitement. Even the slow dragging Jake Doe stuff was tolerable if it got us back to the Jason we love.

But this is clearly not the Jason we love. Will recovering his memories make him better? Or will the head writers continue on with their systematic ruination of what was one of the best characters on General Hospital and a Soap classic?

Vote in the POLL – Do you think the writers are ruining the character of Jason Morgan?

Also, be sure to share your comments below and check back with CDL every day for more “General Hospital” spoilers and news.