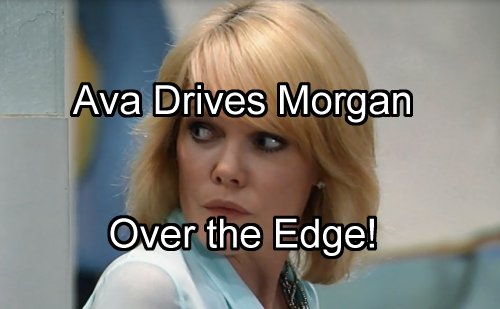 Hot new General Hospital (GH) spoilers hint that Ava Jerome (Maura West) will soon launch a horrible plan to send Morgan Corinthos (Bryan Craig) over the edge to get him away from Kiki Jerome (Hayley Erin) once and for all. But will Ava’s new plan cost her everything?

We saw Ava open Morgan’s bottle of psychiatric meds at GH and shake a few out into her hand and then she walked away with them. But that’s not such a big deal – Morgan can always just go get a refill when he runs out of pills even though he may wonder why he ran out early.

That spur-of-the-moment scheme is not enough, Instead, General Hospital spoilers hint that Ava may be inspired to do something even more evil and will not steal Morgan’s meds, but will tamper with them instead. That’s a much more effective plan if you think about it. 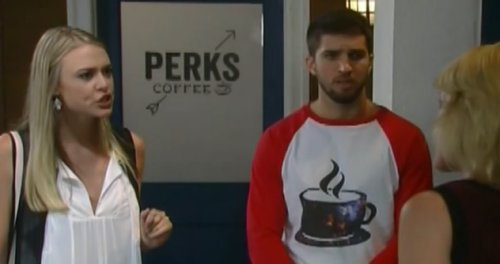 Morgan would notice if he was out of pills, and could just get more, but if Ava replaced his pills with something else that looked similar, she could drive him off the deep end because he would NOT be properly medicated and would descend into a total bipolar spiral.

The last time Morgan spiraled, you’ll remember that he took Kiki out of town to that remote cabin and started acting aggressively sexual then got out the shotgun and was ranting about people coming to the cabin and how he had to protect her. It was a scary scene.

Morgan frightened Kiki with his antics and that pushed them apart. That’s what Ava wants to achieve again so that she can break up Kiki and Morgan once and for all. Ava initially tried to get Dillon Quartermaine (Robert Watkins) to romance Kiki but he rejected her idea. 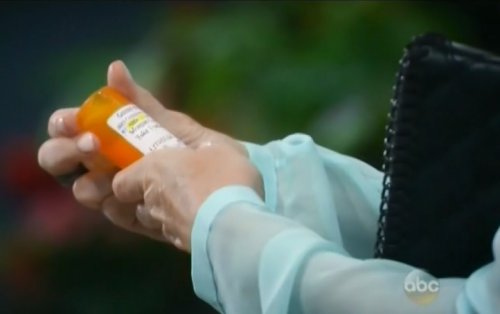 So Ava knows she has to take care of this herself and GH fans know that Ava has no problem playing dirty. On the Monday, August 22 GH episode, Kiki will confront her mom about the lengths she’s going to in order to break them up since Dillon blabbed to Kiki about Ava’s antics.

Kiki will be adamant, but Ava will NOT see this as the warning sign that she should back off and let Kiki make her own life choices. Instead, Ava will be more determined than ever to get Morgan out of Kiki’s life for good no matter if she has to ruin Morgan’s life to do it.

Long-time GH watchers will recall that Ava drove Sonny Corinthos (Maurice Benard) into a bipolar meltdown by discouraging him from taking his mental meds. Ava used all of Sonny’s insecurities and paranoia against him to trigger a spiral that she could use to her advantage. 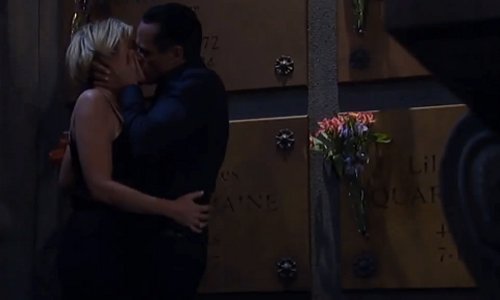 That was the same spiral that led Sonny to have crypt sex with Ava at AJ’s funeral and that ultimately produced baby Avery. Ava clearly has no issue manipulating a mentally ill person to her own benefit. But you’ll also recall that Sonny warned Ava not to make trouble.

They have a tentative co-parenting relationship that relies solely on Ava’s good behavior. But once Sonny finds out that Ava is the reason he has to watch Morgan fall apart, their deal will be off. Kiki will be furious too. This scheme could turn around and burn Ava instead.

Will Ava’s diabolical new plan to take down Morgan cost her both Avery and Kiki? Will Ava wind up utterly alone because of her shady behavior? Will Sonny finally have enough of Ava’s scheming and take her out for good? At the minimum, Sonny wills trip Ava of custody… 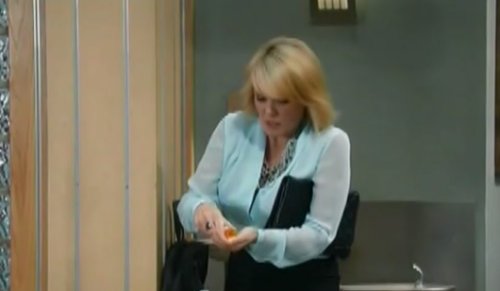 Share your comments below on Ava’s evil new scheme and check back with CDL often for all the latest General Hospital spoilers and news.